Andrew Sharp: That was the NFL’s answer to the Iron Bowl.

All I can think of is Marshawn Lynch running through the Packers for pretty much the entire game. When the Seahawks were on life support, Beast Mode bulldozing into the secondary was all they had — and that was enough to keep the crowd in it and to keep his team alive. I don’t know if he got tackled by just one Packer on any play, all game. And he only got better as the game wound down. Lynch has been doing this in Seattle for only five years, but I can’t think of anyone in football I’ll miss watching more when he’s gone.

Also: Richard Sherman. Was he playing with a broken arm or what? He was basically playing one-handed, right? And Russell Wilson was playing the worst game of his career and still delivering death blows in the end. And that onside kick. And the fake field goal. Everything.

For one night, anyone who doesn’t love the NFL became a massive hypocrite. And now we get … Seahawks-Patriots? Seattle’s got a chance to beat two of the best quarterbacks ever to win back-to-back Super Bowls? Tom Brady has to beat the Seahawks defense to officially own this generation? Belichick vs. Pete? Gronk vs. Kam? Marshawn vs. Super Bowl media? The NFL may be too uptight and ridiculous to let Marshawn wear these cleats in the Super Bowl, but I don’t even care. Let’s just watch it. 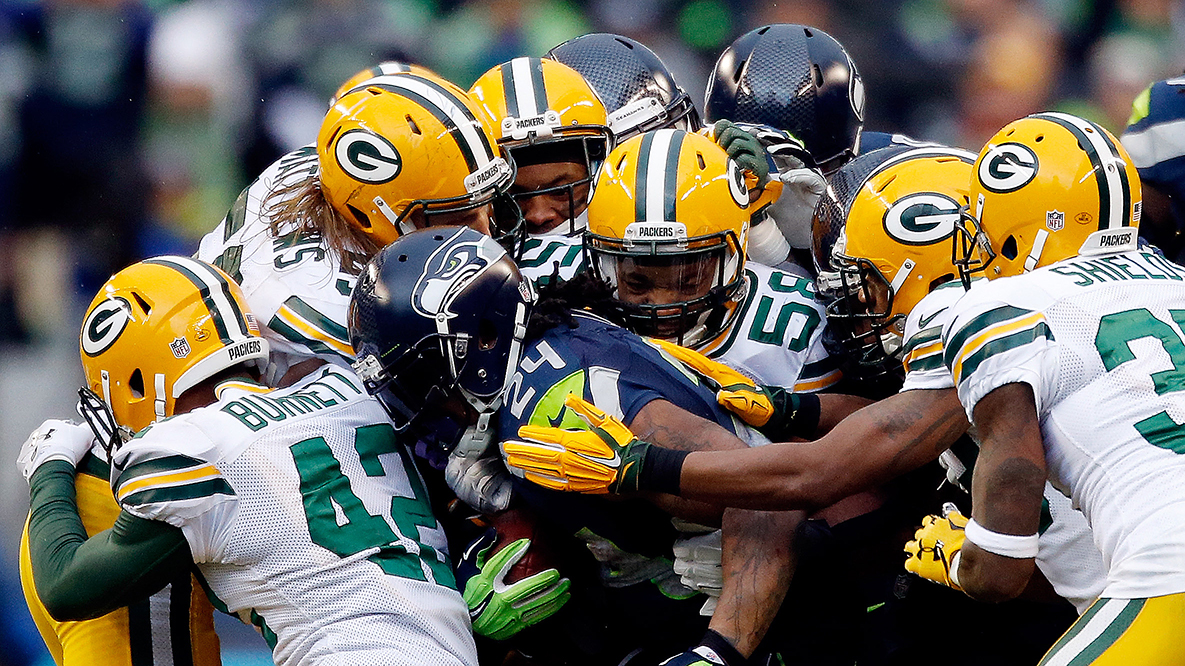 Mallory Rubin: The sight of Seahawks hero Russell Wilson openly and unabashedly weeping following his team’s stunning comeback victory over the Packers in the NFC Championship Game will stick with us for a long, long time. But like all iconic moments, it has an inverse, an ugly twin that we’ll say defined the course of things for reasons the involved parties would just as soon forget. In this case, those tears belong to Packers tight end Brandon Bostick, who botched the onside kick recovery in the waning minutes of regulation, allowing Seattle to regain possession and erase the lead Green Bay had held for the entire game. But here’s the thing: Just as it’s an oversimplification to label Wilson a savior, it’s hot fucking garbage to brand Bostick as the villain. 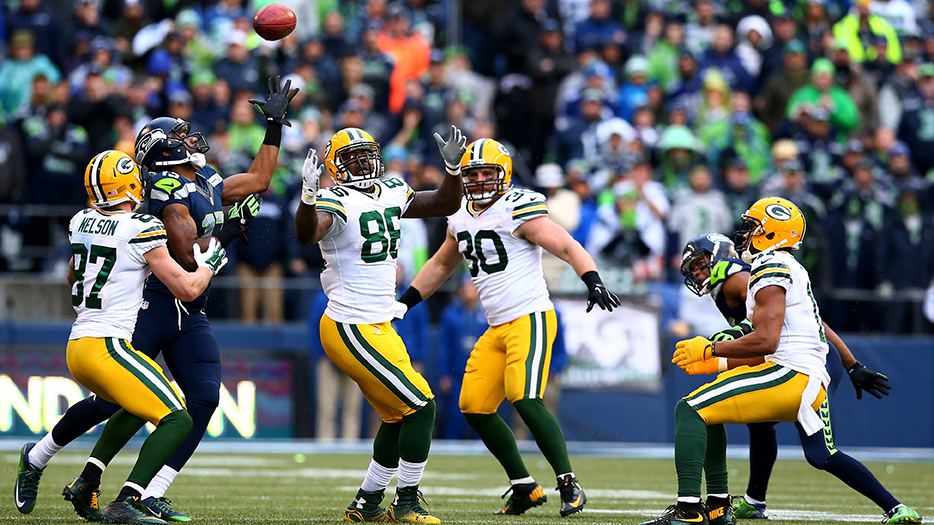 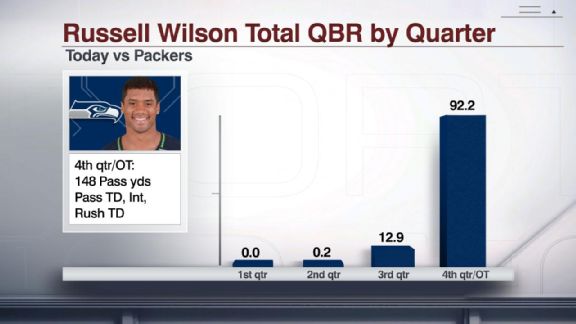 Chris Ryan: It’s not just on one guy, no. But I bet Morgan Burnett wishes he had just taken off and run with that pick.

Watching the Packers at the end of that game was like every nightmare in which you arrive to class five minutes late, find out there’s a pop quiz, realize you haven’t put on pants, and discover the floor beneath you actually isn’t there, and you’re falling. Except in this case, they happen all at once. And they’re real, not dreams. And Marshawn Lynch is the monster at the end of your real life. I bet that’s how it looked to Burnett as he watched this thing slip away. His interception of Russell Wilson, with 5:04 left in the game, should have been the final moment shown in SportsCenter’s NFC Championship Fame highlight package. It should have been Burnett’s pick and then guys adjusting NFC Champs hats. That’s it. I totally understand why he did what he did.

Have a hard time pinning this on Morgan Burnett for being afraid of fumbling an interception return and just going down. Game seemed over.

But I still think Burnett is going to be dreaming about that play for a long time to come. 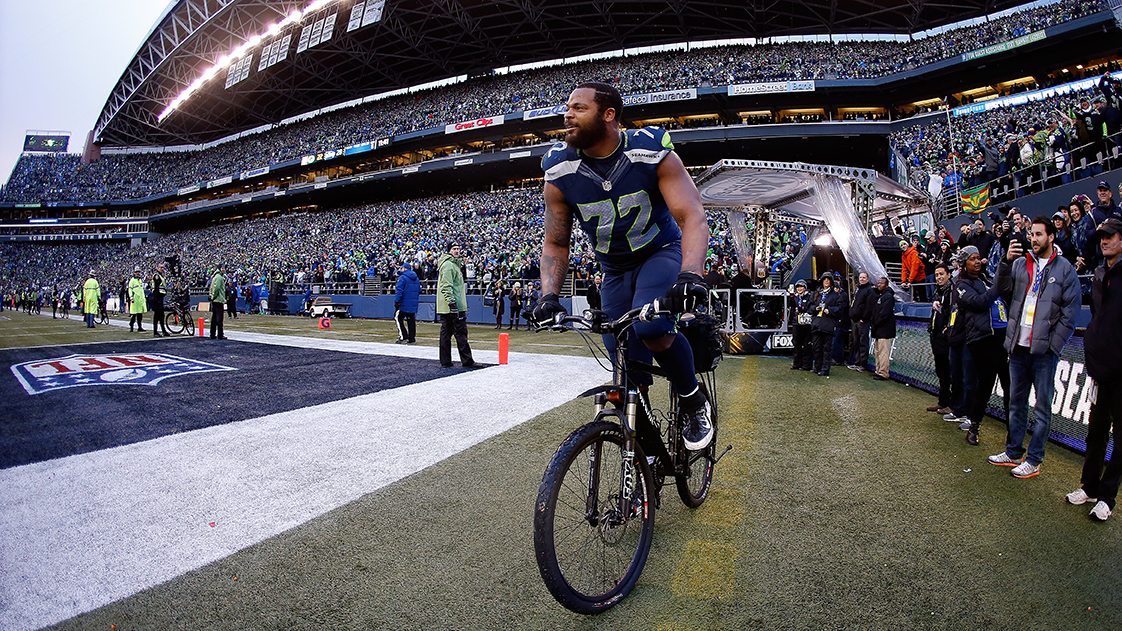 Ryan: By the way, this is a picture of Michael Bennett on a Seattle Police mountain bike, ending the debate that has raged since the days of the Roman gladiators over what is the best victory lap. I’m really happy these guys got to the Super Bowl again.

Requiem for a Kicker

Ryan O’Hanlon: You might not be Team #TakeThePoints. You might say passing up two fourth-and-goals with the best quarterback in the NFL against a historically frightening defense is straight-up just bad coaching that betrays a sub-elementary understanding of math. But I’m here to explain what Mike McCarthy was thinking: When you have a weapon like Mason Crosby, you better fucking shoot.

I mean, is there a more isolating, pressure-saturated moment in all of American sports than a late-game, trailing-by-three, 48-yard field goal attempt in the wet Seattle air with thousands of maniacs sporting postwar Birmingham, England, haircuts and customized “McCready” jerseys caw-cawing for you to fall on your face? Mason Crosby is clutch. You know what? After that performance — five field goals, one precision-constructed practice net — it’s time someone finally said it: Mason Crosby is elite. 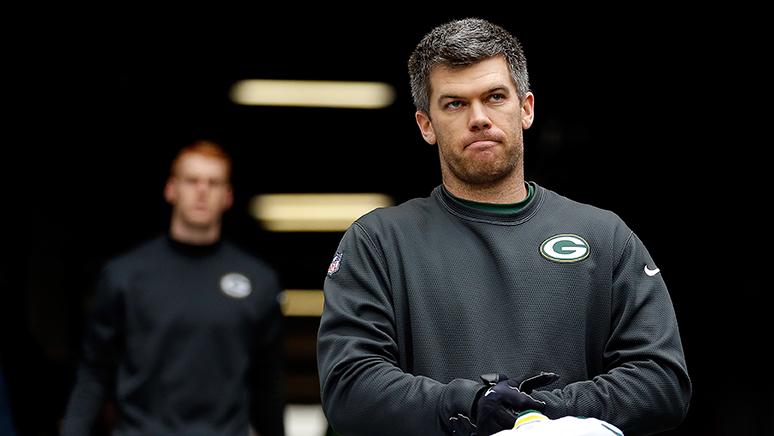 Danny Chau: After Mason Crosby’s game-saving, record-breaking, career postseason–long 48-yard kick, he took off his helmet and confirmed what most of us already knew: The life of an NFL kicker during a playoff game is at least 20 times more stressful than a full presidential term. Based on my highly scientific analysis of Crosby’s aggressive hair depigmentation, I’d venture to guess he aged 16 years in the span of the game, or exactly one year for every point he scored. That would make Crosby older than Brett Favre now. 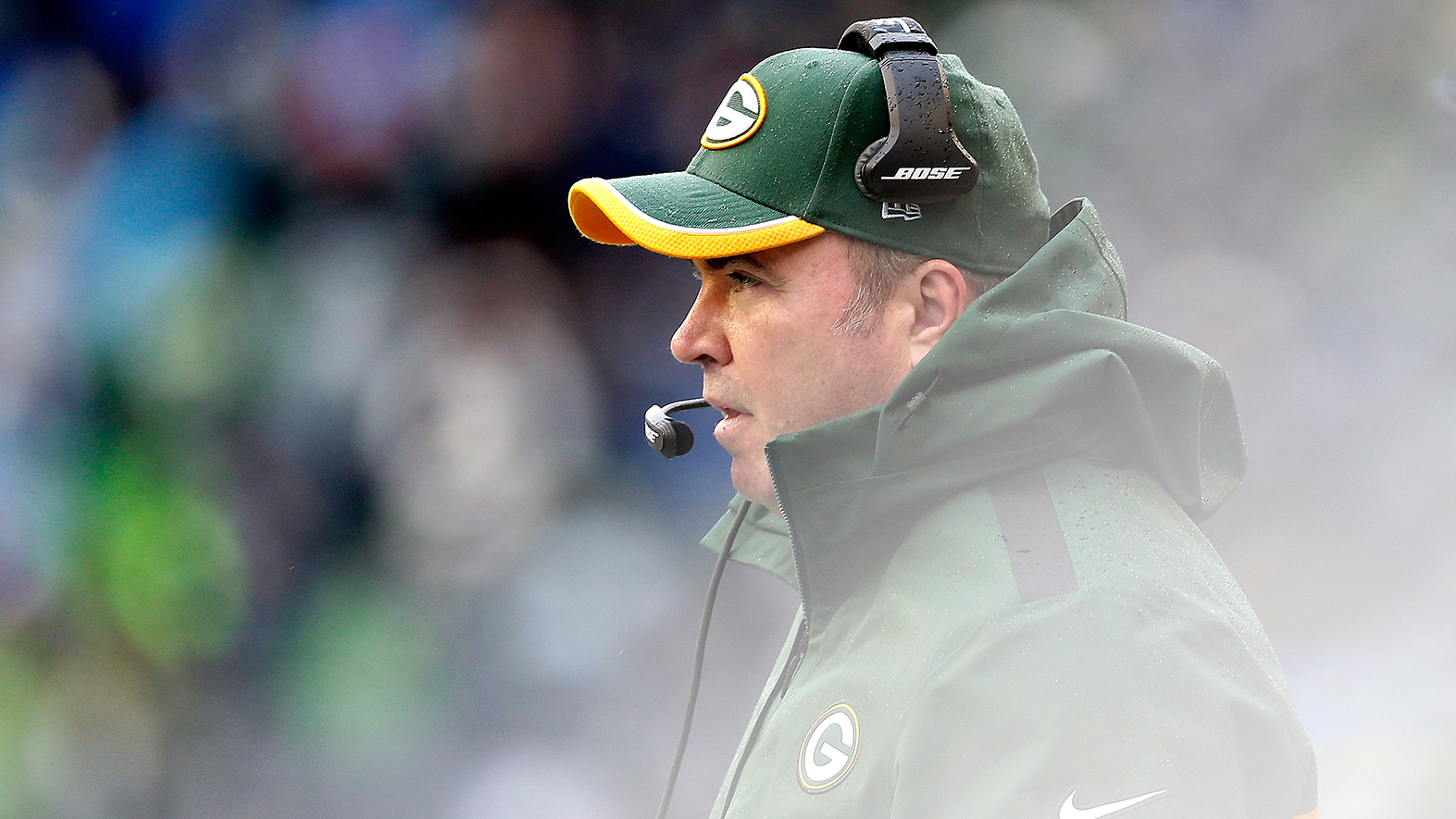 Steven Hyden: This is the worst loss of my lifetime as a Packers fan. It is worse than losing to John Elway and the Broncos in Super Bowl XXXII. It is worse than losing to the 49ers on that last-second Terrell Owens TD grab in the 1998 playoffs. It is worse than the “fourth-and-26” loss to the Eagles in the 2003 playoffs. It is worse than the “Favre throws his last soul-crushing season-ending INT as a Packers quarterback” loss to the Giants in the 2007 playoffs. This one beats them all. It was a staggering work of heartbreaking … I forget how the rest of this reference goes — is it just a two-hour primal scream? No, really, I hope the rest of you guys thought this game was “memorable” and “classic” and “unintentionally hilarious.” I personally can’t stop laughing over how Brandon Bostick sounds a lot like Bill Buckner. (Look, as a human being, I feel bad for the guy. But I gave the human being part of myself the night off after he wouldn’t get out of the fetal position. The indignant, embittered sports fan in me has assumed control for now out of necessity.)

Here’s something I just looked up: When a person is choking, it can take anywhere from four to six minutes for the brain to start dying. For the Packers, it took 44 seconds. Forty-four seconds! Having the Space Needle shoved down your throat sure speeds things along, doesn’t it? 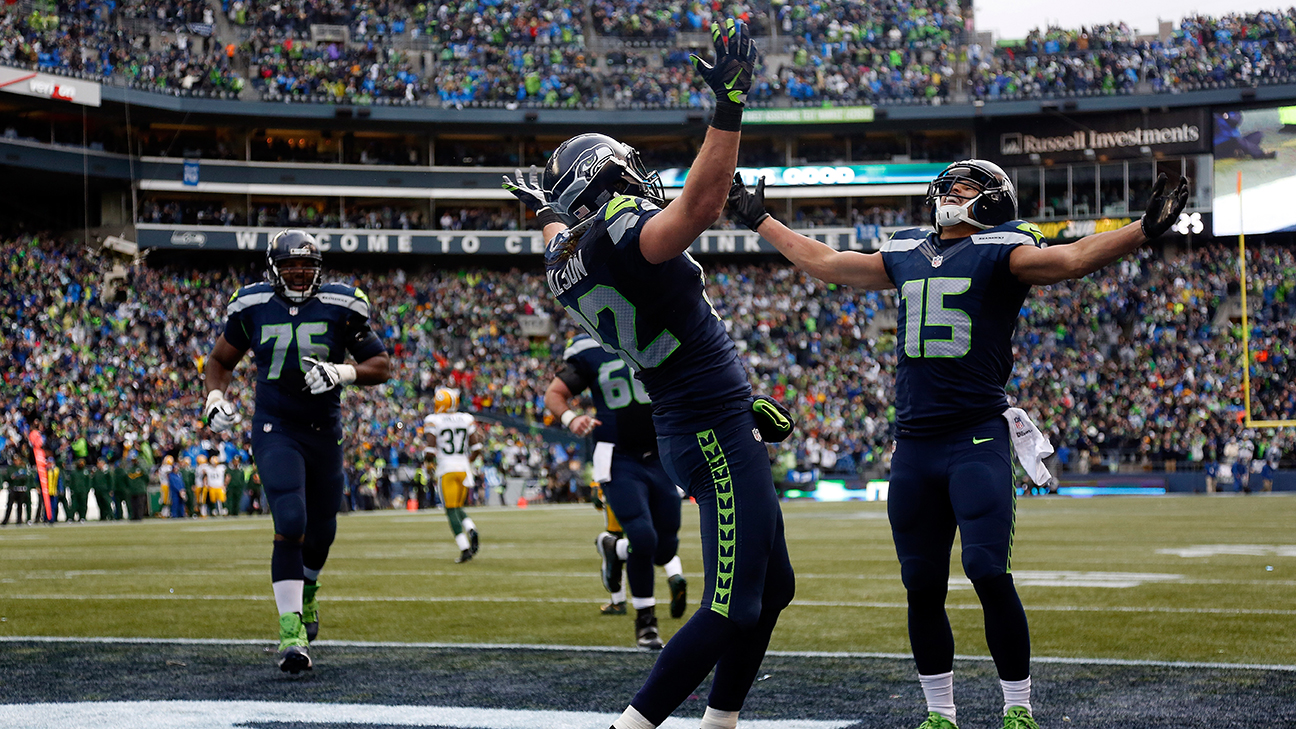 Spike Friedman: I have no idea how we won. None. Once winning became a possibility (around the time the Seahawks somehow got the ball back, a minute after the fourth Kearsepick of the game), my heart started racing. When Russell Wilson ran into the end zone to make it a five-point game, with 2:13 left, I started sweating. And when Chris Matthews(!? WHO?) recovered the onside kick, I shut down. There are pictures of me crying. There are pictures of me screaming. I barely know what happened after that.

What I think I do know is that, for the first time, a team I love won a huge game when it wasn’t the better team. For the bulk of the game, the Seahawks lost every battle, save for Marshawn Lynch versus the Packers rush defense. Green Bay brought in the game plan it needed to beat us, and then executed (save for Mike McCarthy’s insane in-game management). Seattle has had great teams that lost, and then, last year, finally had a great team that won. Sunday, we won a game we had no right to win, because of all the narrative, all the intangibles, all the “Win Forever” Pete Carroll voodoo … all the things I’ve always dismissed the importance of, because they never happened to me. And now we’re going back to the Super Bowl because of our grit, heart, and will, and I still don’t get it.