Here’s Nate Robinson celebrating three of his 35 points against New York by imitating (or mocking) Steve Novak’s belt celebration. Nate puts the belt on several times (or “roughly seven times,” according to Sports Illustrated). What a classic Thibs player. What did you think, Wilson Chandler?

THE BUTLER DID IT. (Tip your waitress.) 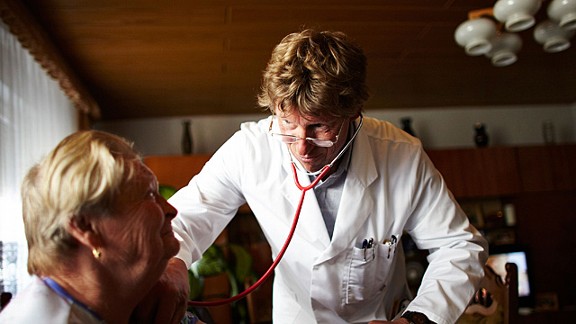 From the New York Post: “I wish people would stop rushing Derrick back, please … He shouldn’t come back until he’s about 110 percent ready. I don’t think he should come back if he’s not ready to go out there and play. If he can’t play at a high level, what’s a couple of months [more] going to do? I don’t think he should come back. That’s just my opinion.” Yeah, I mean, also, TV is crazy good right now! Have you seen The Americans?! And, Derrick, didn’t you have all those episodes of Anthony Bourdain: No Reservations saved on your DVR? You gotta watch those! I mean, the Sardinia episode! So really, just, like, just relax. Doctor’s orders. Don’t at all come back for a possible second-round playoff clash with the Knicks.

When I see a play like this (from the Thunder’s Thursday-night drubbing of the Warriors), I think of the Lakers playing the Thunder in the first round of the playoffs and then I think of the cover of Cormac McCarthy’s Cities of the Plain:

5. The Nets Regressing to the Mean

John Forté?! Jay-Z has been gone for ONE DAY.