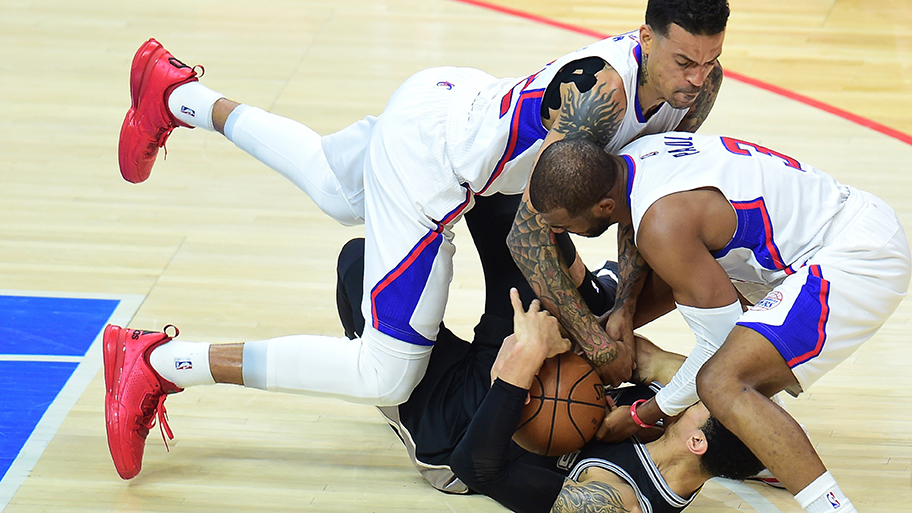 Jason Concepcion: To paraphrase Samuel Johnson, nothing focuses the mind like the sight of the gallows. Watching Game 5 of Clippers-Spurs, I found myself constantly amazed at how hard these teams were playing. And it isn’t as if these guys have been loafing for the previous four games or the 82 before that. But there was Chris Paul, moving so fluidly that he looked like a special effect.

There was Tim Duncan, slam-dunking, drop-stepping, blocking shots, and arguing clearly correct foul calls with that immortal look of bug-eyed wonderment, like a Proustian memory of himself.

There was Blake Griffin, giving convulsion-inducing head-and-shoulder fakes, blitzing the rim, running the break, and hitting that midrange jumper that people complained about in January.

Bodies were hitting the floor; Big Baby was flexing; Gregg Popovich was getting his hack-a-licks in like it were 11:59 p.m. on the night before it becomes illegal; Boris Diaw was emerging from the shadows to throw daggers; DeAndre Jordan was pulling lightning bolts out of the storm clouds; Doc Rivers’s voice was turning into a broken-glass howl as he rekindled his ageless feud with referee Bill Kennedy. 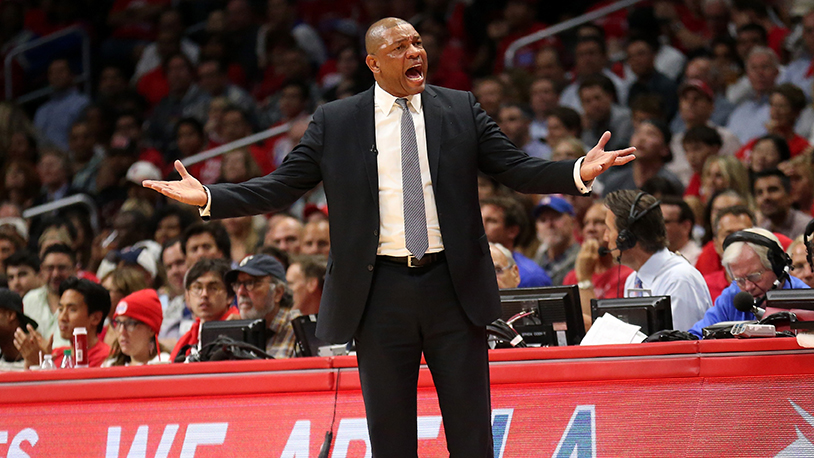 It’s an open secret that NBA players don’t play as hard as they’re capable of during the regular season. There’s always tomorrow and the next day and the next. Even the upswell in intensity during the first few games of the first round of the postseason fails to capture what NBA athletes are really capable of. That nirvana unfurls when the greatest players in the world feel the ragged, despairing edge of their season’s mortality whisper across their necks.

That was Game 5, when the thrill of winning was intertwined with the brutal cruelty of losing. Every whistle was a reason for an inquest, and every possession seemed like a turning point.

Maybe the turning point was Paul’s fourth-quarter tech for throwing the ball back to a ref too quickly. Or perhaps it was Diaw, catching a glimpse of the shot clock on the other end of the court and throwing up a prayer with under three minutes remaining. Or maybe it was when Duncan — keeping Western Conference aspirants from eating since 1998 — blocked Griffin’s teardrop with a minute to go to keep a 107-105 lead. (San Antonio ended up winning, 111-107.)

Those moments are going to haunt the Clippers for a long time. It’s haunting me, and I wasn’t even involved. 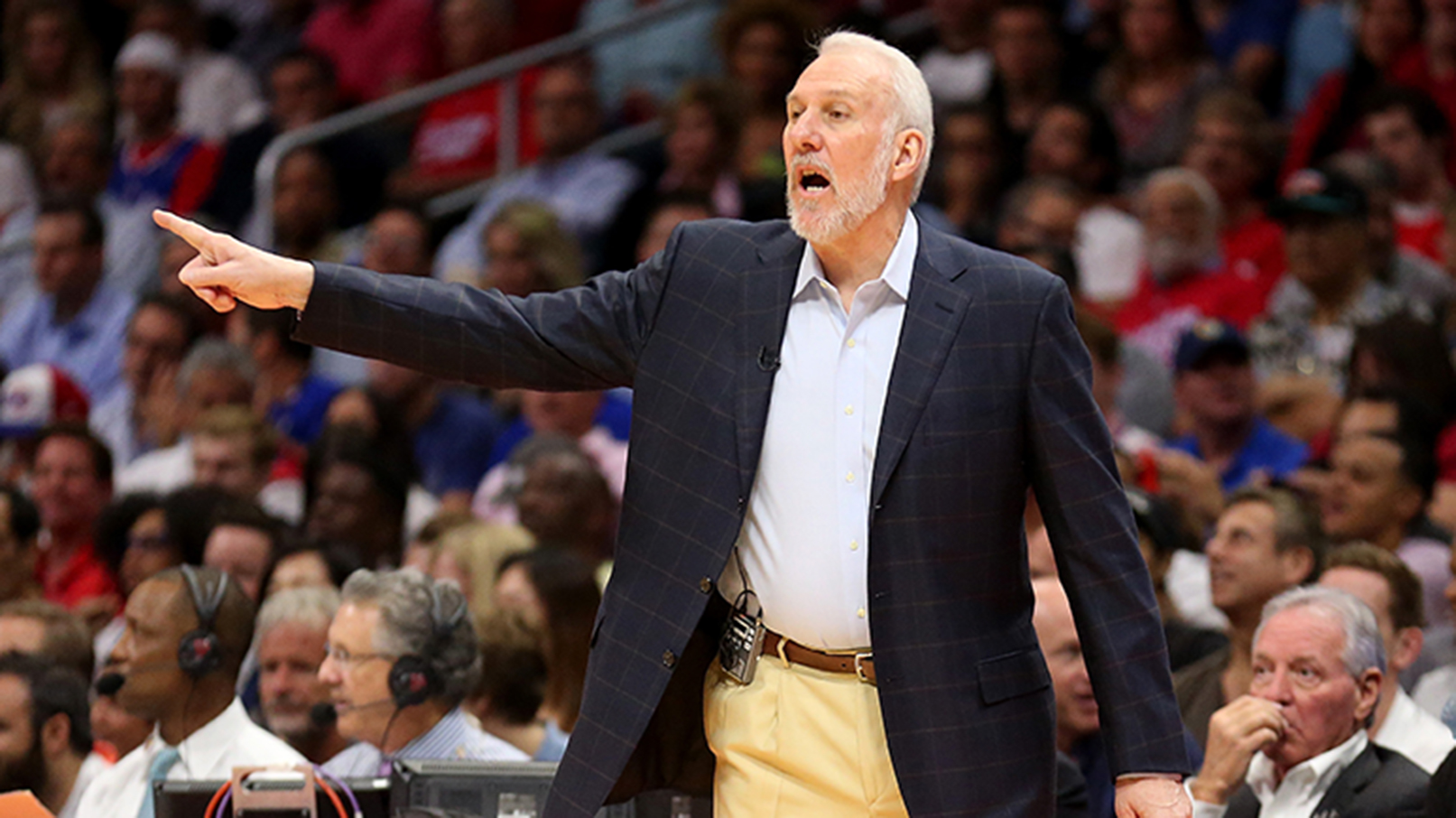 Chris Ryan: The greatest trick Gregg Popovich ever pulled was making us think he gave a shit about whether we enjoyed ourselves or not. Over the last few years, his San Antonio Spurs have become synonymous with beautiful basketball as the purveyors of pace-and-space, and Pop has taken on a late-period persona as some kind of epicure/humorist/basketball aesthete. Nah, man: These dudes wear black for a reason.

This Spurs team reminds me of the San Antonio teams of my youth: the leg-kicking-out, ref-baiting, crowd-alienating Alamo demons. There’s something funny about how the best series of the first round also features the most infuriating tactic in the game. What’s not funny is when it’s employed exactly when the game is reaching a glorious, buzz-saw crescendo, as it was last night in the third quarter. The second quarter was a gift from the basketball gods. The third was basketball Satan tying your shoelaces together. Watching Pop send Spur after Spur at DeAndre Jordan is like watching Miles Davis turn his back on the audience. You like looking at beautiful basketball? Learn to paint an Indiana farm.

Hack-a-Jordan would make Bill Belichick wheeze, “The horror.” But here’s the thing:1 It’s not really about DeAndre. Popovich knows what anyone who watched more than a dozen Clippers games this season knows: It’s hard to beat them with your legs, but you can damn sure get in their heads.

Actually, here’s the thing: It works.

It doesn’t just screw up Jordan; it shuffles Rivers’s rotation, eventually forces Jordan off the floor, breaks Paul’s rhythm, and messes with Griffin’s head. And it sends the Staples Center crowd into a sleepy, surly mood. The nine points Jordan left at the free throw line just disappear into the ether of “what if?” And while we’re all wondering that, Pop takes his team back to Texas, needing just one win in the remaining two games. The fourth quarter of last night’s game began at 1 a.m. on the East Coast. Are you not entertained? Gregg Popovich, resplendent in khakis and an open collar, couldn’t care less.

The beautiful basketball is still there, it’s just the customer service that sucks.

You Guys Want to Go to Katsuya? 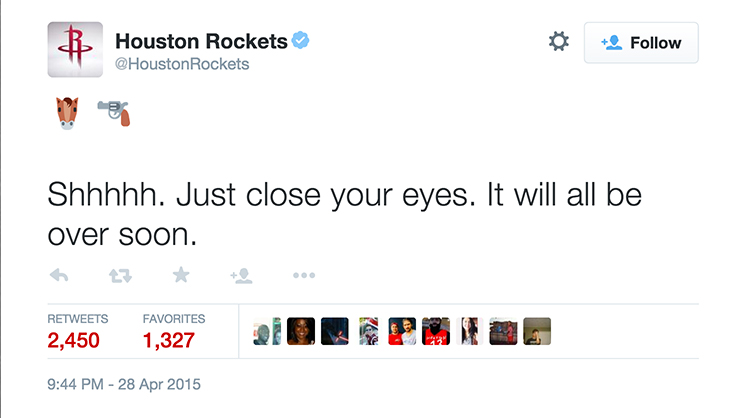 📎🔫 Shhhhhh. Just close your eyes. It will all be over soon.

Ryan: Blake Griffin had 21 points in the first half, lost his mojo during the Battle of DeAndre at the Stripe, and then got laid out by Danny Green.

He was reportedly attended to by the team chiropractor, and he certainly played like it the rest of the way. He got snuffed by Duncan, missed some key free throws, and saw his last-second floater get interfered with by Jordan. When you search his name in the play-by-play of the final quarter, it reads like a thesaurus of unlucky basketball occurrences — misses, bad passes, turnovers, squandered opportunities. Griffin has made so many improvements to his game, but the one thing he can’t fix is the very thing that makes him so special. Blake is a high-performance sports car: If one thing goes wrong, nothing seems to run right. 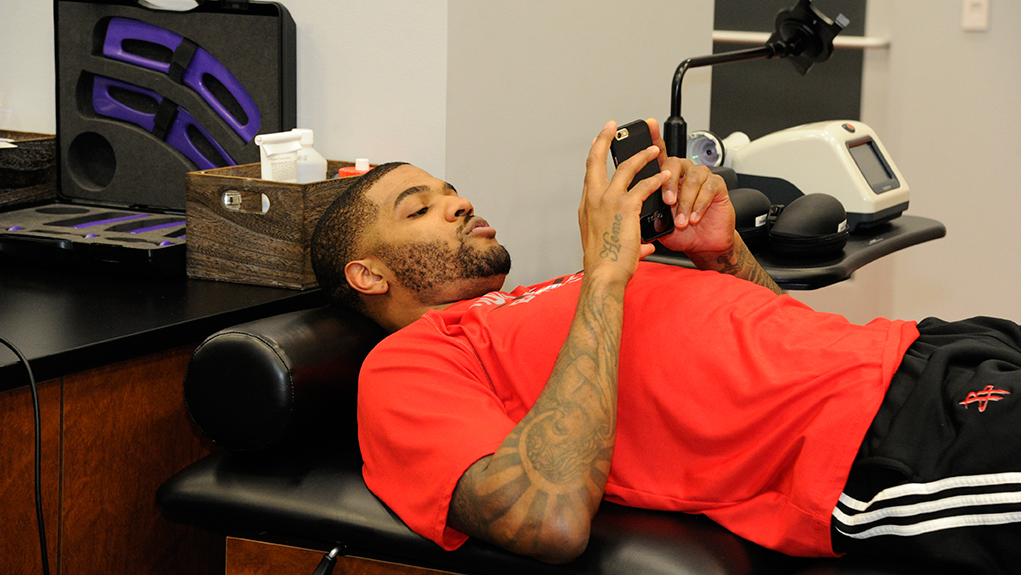 Danny Chau: In the best game I’ve ever seen Josh Smith play, he shot 36 percent from the field on 22 attempts. This shouldn’t be surprising. The most emblematic Josh Smith games are never the ones in which he scores efficiently. A pure Josh Smith experience occurs when the total package subsumes his most tragic of vices but doesn’t eliminate them outright. This particular game happened four years ago; it was a must-win Game 4 for the Atlanta Hawks against the Chicago Bulls, who threatened to go up 3-1 in the series. He had 23 points, 16 rebounds, and eight assists.

He was everywhere and everything — like when Johnny Depp played the Internet in Transcendence, except super good. Smith played like a snakebitten LeBron James, riding a momentary high from the toxins, completely unaware of how his career would unravel soon after. The Hawks won Game 4, but lost the next two. It was a second-round series; he wouldn’t make it that far in his next two postseason trips. And between last year and the first half of this season, it seemed as though the mysterious force that kept his shit from stinking had finally worn off. False alarm. Thank god. He’ll make his return to the conference semis next week after the Rockets’ 103-94 win over the Mavericks last night.

What Smith did against the Mavs feels like the best compromise we’ll get from him. We’ll never see him regularly reach those tantalizing peaks of his earlier years, but we’re also not seeing many apocalyptic lows. Sure, he’s still fumbling balls out of bounds along the baseline and air-balling free throws, but he’s also one of the team leaders in net rating in both the regular season and the playoffs, and he’s adhering to team guidelines, shooting an unfathomable 39 percent from 3 on more attempts than any Rocket other than James Harden.

And he’s still occasionally good for some dark magic. Look at him with the turnaround hook alley-oop pass to HIS AAU TEAMMATE:2

Shout-out to J-Smoove and Dwight Howard, by the way. Way to put on for all the people out there (myself included) whose main #SQUAD still consists of high school buddies.

Smith is 29 and approaching basketball middle age. There was a point when this all could’ve gone horribly, but look at where we are now. Isn’t it beautiful?