You might not know it, but Manchester City host Arsenal at the Etihad this Sunday. With City just two points behind Chelsea at the top of the table and Arsenal in fifth, only a point behind Manchester United, both teams have a ton to play for. But again, you might not know that, because it’s January, the month when rumors of potential player movement trump everything else — including the actual playing of games and the actual movement of players. So we forgive you for not knowing that City have a big game this weekend, especially since this week’s biggest City story is the signing of Wilfried Bony.

The striker moves from Swansea to Manchester City for a tidy sum, reported to be somewhere around £28 million. But he won’t join up with the team until February at the earliest, whenever the Ivory Coast’s run ends at the African Cup of Nations. He’s down in Burkina Faso now, which led to a premature photo op, but eventually the former Swans star should settle in somewhere between two and four on the City striker depth chart. This particular transfer, the first big-ticket January move of the Premier League season, exists right square in the middle of several looming questions, not only for Manchester City, but also for European soccer as a whole.

So, Uh, What Is Manchester City’s Plan Here?

Bony is 26 years old. As Michael Caley points out, he’s the latest in a long line of Manchester City signings who are currently in their prime.1 Having a bunch of players playing at their peaks: not a bad thing! In fact, it’s a very good thing, as far as winning right now goes.

Generally, this means City is buying a majority of its players when they’re at their most expensive.

The question, though, will eventually become: How do you prevent a deep roster of highly paid superstars from becoming the 2014 New York Yankees? It’s not that the current crop of stars will suddenly curdle overnight, but as they gradually age and begin to become less effective, City will obviously want to begin the process of upgrading. When players like Fernandinho, Fernando, James Milner, and Jesús Navas start declining, they still take up roster spots and still get paid. City can buy younger, better replacements, but they’ll still have to pay the guys they’re phasing out.

Once upon a time, all that fat wouldn’t have been a problem. City owner Mansour bin Zayed Al Nahyan comes as close as any living human being to having more money than there are numbers to count it. So what if he’s paying a lot of it to old dudes who ride the pine? Not only can he afford it, he can even afford it so much that he probably wouldn’t notice. So, if Bony can help for two years, you just buy him, and then — whenever you bring in the next 26-year-old — let him gracefully retire to the end of the bench until his contract expires. It’s that easy.

Well, it was, until Financial Fair Play came along.

Yeah, But Does Financial Fair Play Even Work?

The Financial Fair Play rules are densely written and often incredibly difficult to understand. The general goal, though, is to limit the amount of money teams can spend. It’s not a salary cap or revenue sharing, like in American sports, and the aim is not to promote equality among teams. Rather, the goal is just to keep teams from spending more than they earn. Soccer has a rich tradition of owners who act like Underpants Gnomes.

Lots of these owners never see the other side of those question marks and end up leaving their teams in mountains of debt. The idea with the FFP rules is to protect teams from free-spending, shortsighted owners, but it also has the side effect of cementing the higher-revenue teams atop the European power structure. These rules come from UEFA, so they apply only to teams that participate in either the Champions League or Europa League, which means that until City’s crosstown rivals, Manchester United, are back in Europe, they get to continue to act like an extremely wealthy drunken sailor in the transfer market. Once they do return — and that’s why United are burning through all the money in the first place — their spending will have to be abruptly curtailed and accounted for. 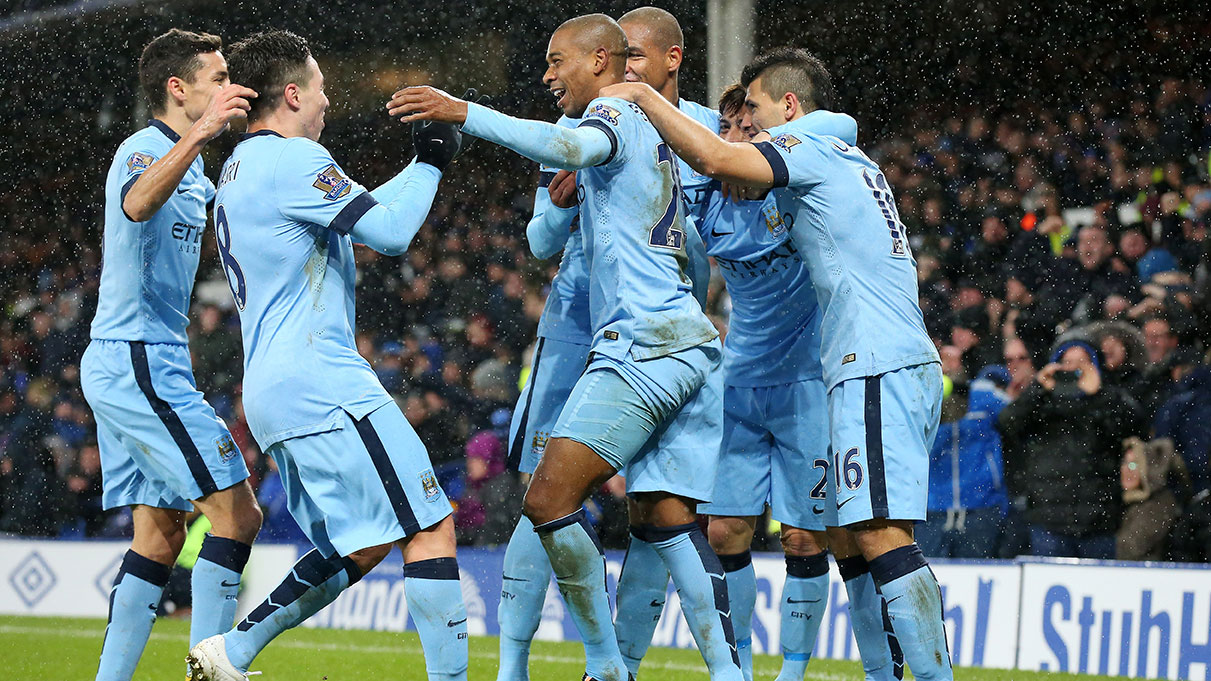 How Does This Relate to Bony?

For teams at the top like Manchester City, it’s now a real financial burden to roster high-salaried players who no longer contribute on the field. City, along with Paris Saint-Germain, have already been assessed FFP fines for spending beyond their means. Since we’re talking about a team that just splurged on Bony, in addition to buying Fernando and Eliaquim Mangala over the summer, it might seem like the penalties have barely made any difference. But: Bony is a replacement for Álvaro Negredo, who was lent to Valencia this summer,2 and Fernando replaced Javi García, who was sold to Zenit Saint Petersburg. So City have rotated players more than they’ve added. Doing this, though, is exactly what City will have trouble with in the future as they try to move out guys in their thirties.3

This was a strange deal, but Valencia are required to buy Negredo this summer.

Both Negredo and García are still in their twenties.

Yet! It sure seems like all the good players still go to the best teams. The leading goal scorer at a midtable upstart gets Hoovered up by City to become a backup. In Germany, Bayern Munich cripple their top rivals, Borussia Dortmund, by stealing Mario Götze and Robert Lewandowski. Then there are Tottenham Hotspur and Liverpool, who weren’t able to stop Real Madrid and Barcelona from coming and getting Gareth Bale and Luis Suárez. The truth is that FFP is simply not designed to stop this kind of thing. Monster-revenue teams like Real Madrid, Bayern Munich, and Manchester United will simply always have more to spend on players than everybody else.

Still, FFP is new. Teams up and down the revenue spectrum are still figuring out the rules.4 For now, Bony is a good move for Manchester City. He immediately — er, a month from now — makes them better and helps their current push for the title. The question is: What will this mean for them years down the line? Do they have a plan for how to renew their roster? If they don’t, then maybe that means those spots will no longer be destinations for big-ticket players. Maybe FFP will cap out some of the other big-revenue teams, too, which would mean more star players for the rest of the soccer world. It’s impossible and way too early to tell now, but City signing yet another sought-after talent might just be the beginning of a much different story.

To help with that, City literally hired the folks who wrote the laws.