So, how about that NBA draft lottery last night, eh? As usual, the night was mostly chalk, until it wasn’t — suddenly the Lakers and Knicks, two teams that happen to represent the two biggest markets in the league, found themselves conjoined in a yin-and-yang formation of joy and sorrow. All the while, the legion of Hinkie acolytes in Philadelphia stood strong. Here are some quick-fire thoughts from our staff — including our resident Knicks and Lakers homers, and a certain iconoclast commingling with his avowed haters in Philadelphia — as it happened.

Danny Chau: So, I think Jahlil Okafor is on that Summer LeBron Diet.

Concepcion: “One thing I’m big on is winning.” —Emmanuel Mudiay. Underrated trait in my opinion.

And now, a brief interruption from the PHILADELPHIA 76ERS’ SALES TEAM:

Chris Ryan: Denise Pelli has the look of a woman who just got six zeroes deposited in a Cayman Islands offshore account, courtesy of S. DOT HINKIE. ONE, SIX, ELEVEN, BABY. LET’S DO THIS.

Concepcion: Best moment so far: Josh Kroenke staring blankly into the void for a legit eight seconds, not even registering that Heather Cox had spoken his name.

Ryan: He should play central defense for his dad’s soccer team. 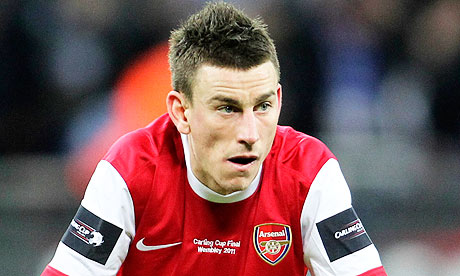 Chau: Deputy commissioner Mark Tatum would make an awful auctioneer, but the rate at which he’s burning through these lottery slots is EXACTLY MY TEMPO.

[Tatum announces that the New York Knicks have landed the fourth pick, which means the Los Angeles Lakers have moved into the top three.]

Dave Schilling: GOOD LORD. I’m quivering … [Editor’s note: Dave is an unabashed Lakers fan. He wore a bright-yellow Lakers beanie in the office last week. We told him to take it off.]

Concepcion:
1. Fuck.
2. Whatever.
3. I love the shot of Byron Scott not appearing to realize the significance of what just happened. 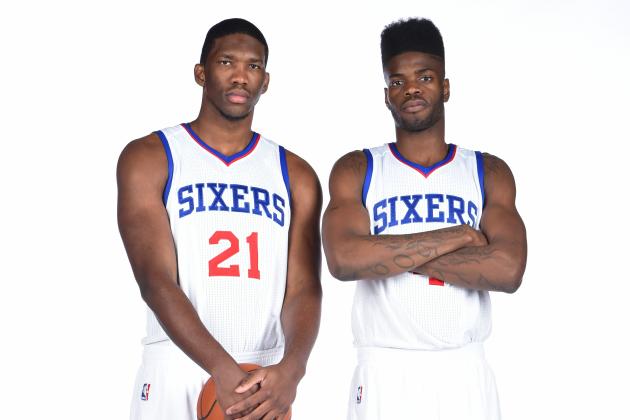 Chau: The Knicks will probably end up with Mudiay with that no. 4 pick. Like he said earlier in the broadcast: He’s big on winning, he’s played with the 24-second shot clock, and he knows how traveling rules are applied in the NBA. Be happy, New York! Y’all might yet have a star in the making! 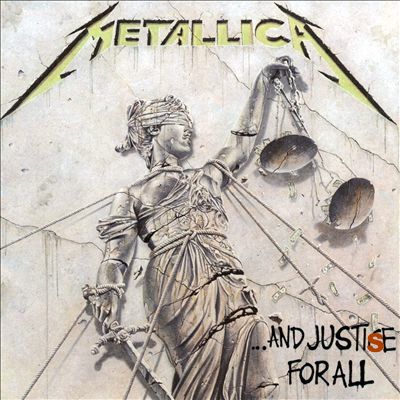 Ryan: I need to go build my TOO MANY URKELS ON YOUR TEAM, THAT’S WHY YOU’RE WINSLOW billboard from hand, but let’s not bury the lede: Minnesota is immediately a top-five League Pass team next year, right?

Chau: Absolutely, though more so if it picks Karl-Anthony Towns. Flip Saunders is apparently quite enamored of Okafor, which, given the Wolves’ history, is a bit unnerving. Under most circumstances, I’d be enamored, too. Okafor is a polished player who will step in and score in the post as soon as he steps foot in the NBA. The way he maneuvers down low is truly beautiful for a player his age, and I’ve said that for years now. But they’ve had a player with his level of savvy before in Al Jefferson, and it led to some of the worst seasons in the franchise’s short history. And that was before the league became the pace-and-space laser show it is now. History repeats itself! With how the roster is constructed now, this isn’t a time for that. They need Towns’s ability to stretch the floor and defend the rim. For Gorgui Dieng’s sake, at the very least. Won’t somebody please think about Gorgui Dieng?

Goldsberry: WHO WANTS TO GET PEKKED??!!

Concepcion: Perfect time to fire Scott before he can ruin/alienate another young player.

Schilling: You read my mind.

Concepcion: P.S. If Mudiay sucks, I’m never forgiving Danny ever, ever, ever.

Chau: It’s going to be so beautiful when the Lakers throw a curveball and take Mudiay. The look on Hinkie’s face (and the look on the face of every Sixers critic) when he drafts yet another big man in Okafor because he’s the best value at the no. 3 spot … I need it. I need to see that.

Schilling: If we take Mudiay, I’m giving up on the entire sport.

Schilling: WE HAVE A POINT GUARD.

Ryan: Things your enemies say to you after your team gets the third pick in the NBA draft:

At No. 4, expect that the Knicks draft pick will be very available in trade talks.

You hate them. For a variety of reasons, you hate them. No, wait. Not hate. Despise. Sixteen championships will do that. But it’s not the winning that really drives you crazy. It’s the sense of entitlement that rankles you. Kobe Bryant, 1A to Magic Johnson’s 1 on the Greatest Lakers of All Time list, seems to think the universe owes this team something. #lakerluck has been in short supply the last three years, but it’s the kind of magical fairy dust that helped them grab the no. 1 pick in the 1979 draft from the Chicago Bulls so they could select Magic. It’s what hypnotized Ted Stepien into gifting L.A. the pick that became James Worthy.

While all the Lakers faithful (yes, we still exist! We demand to be seen!) were sweating purple-and-gold bullets over dropping out of the top five and forfeiting this pick to the Sixers, #lakerluck was doing its thing on a bucket of Ping-Pong balls. With the no. 2 pick, the Lakers have a remarkable opportunity to draft a franchise player. At no. 4, I would have taken Justise Winslow, solidified the wing, and prayed like hell that we got a big man in free agency. Now, the world is ours. In this situation, you have to take whomever is left over between Karl-Anthony Towns and Jahlil Okafor. Or do you? Do you dangle this pick in front of a foaming-at-the-mouth, manic Kings organization insane enough to trade Boogie Cousins? OK, maybe I’m the crazy one for suggesting this or pretending like Mitch Kupchak and Jim Buss could even pull that off. Hey, I’m a Lakers fan. I think I’m allowed to believe in the impossible every once in a while. The Lakers are the Ethan Hunt of the NBA. Impossible is kinda their thing. I may not have much faith left in the Lakers front office, but I haven’t given up on #lakerluck. The organization may not be owed this, and they may not have earned it, but they’ve got it anyway.

And now, a dispatch from Philadelphia:

Andrew Sharp: That was my night. I was at a Sixers lottery party hosted by Michael Levin and Spike Eskin and the Rights to Ricky Sanchez Sixers podcast. Both were excellent hosts, even if my initial welcome was closer to Philly’s roots:

Yes, @andrewsharp is at the Lottery Party and just came out to a smattering of "ASSHOLE!" chants. Incredible.

I became an official enemy of the Hinkie State earlier this year when I went on the record saying that the Sixers’ master plan isn’t as smart as it seems — especially if wrecking two seasons and refusing to draft active players is supposed to end in a title. Then came last night, when the Sixers had a chance to walk away with the first, sixth (if the Lakers slid), and 11th (if the Heat slid) picks in the draft. Of course I had to go.

The mood in Philly was as festive as Russell Westbrook’s shirt. There were endless “ONE-SIX-ELEVEN” chants all night, we got a quick “DALLAS SUCKS” chant right before the lottery started, and … hold on. Best way to do this is probably a quick recap:

Standard Boos
Every other team in the lottery (not the Sixers)
Howard Eskin (love-hate)
Me (love-hate?!)

I’m sure the NBA will reform the lottery soon to keep teams from doing exactly what the Sixers have done the past few years, but the crazed look in Sixers fans’ eyes before the drawing is also the best argument for keeping some form of the lottery going forever. It’s the best. Nothing in sports is so critical to the future landscape of a league and so incredibly stupid at the same time.

Were Philly fans disappointed in the end? Absolutely not. These people have developed a religious dedication to playing the odds, and in the end, they landed exactly where the numbers said they would. Trust the process. When Hinkie drafts Mudiay and forces him to go back to China for two years, it will only be another piece in a puzzle than ends in glory.

I can’t even make fun of them. First of all, because most of the fans were great, and people from Philly are awesome in general. Second, because I got a free T-shirt. Most importantly, because there’s just no way that spending years putting faith in Randy Wittman is any smarter than treating the lottery like it’s the NBA Finals. It’s the best part about caring way too much about sports. In the end, we’re all equally pathetic.