Chris Ryan: I think the most important development of free agency so far is the news that Chandler Parsons and DeAndre Jordan have had dinner together for five nights in a row. Forget tampering — what did these two talk to one another about? Prestige TV? DeAndre better come out of this negotiating period with a max deal and dope Game of Thrones fan theories.

Andrew Sharp: What percentage of those Chandler and DeAndre dinners were spent discussing the first two episodes of Ballers? Forty? Sixty? Eighty? Or were those dinners actually just their own future episode of Ballers?

Ryan: For real, though, it looks like the big story of free agency is free agents … staying put. Goran Dragic, Khris Middleton, Kawhi Leonard, and Marc Gasol all look to be taking the For Sale signs down.

Juliet Litman: As a Mavs bandwagon rider (is it still a bandwagon when the team is mediocre at best?), I’m feeling great today. Wes Matthews is getting the 9:01 p.m. PT treatment, while patron saint of my heart Chandler Parsons is locking in on DeAndre. I had a hard time accepting that Parsons really played a role in wooing Dwight Howard to Houston, but now I believe! I’m going to assume that Chandler spent the first three nights explaining Bran’s absence in Season 5, before moving on to recommending clubs in which DeAndre could sign his offer sheet. After all, if there’s anything Chandler knows best, it’s how to make a splash with an absurd contract.

Jason Concepcion: Chandler could be selling DeAndre on becoming the next rim-dive man in the Mavs’ flow scheme. You know, the historic offense from early last season, the one that had NBA nerds fanning themselves as they gazed upon the offensive ratings, before the Rondo trade put the final, belligerent Connect Four coffin nail into it. I could see that.

Mostly, though, I think Chandler being the point person to sell DeAndre on the Mavs is a strategy out of the Ray Velcoro “I like to get wet now and again from a number of bad habits” playbook.

Danny Chau: Five years ago, we kicked off the most anticipated NBA free-agency period ever with … Drew Gooden agreeing to a five-year, $32 million deal with the Milwaukee Bucks. He was waived under the amnesty clause three years later. This year, the first player to jump ship was Al-Farouq Aminu, who has agreed to a four-year, $30 million deal with the Trail Blazers. Now, I really like Aminu, and I think his positional versatility, athleticism, and rebounding chops will absolutely help a good team. 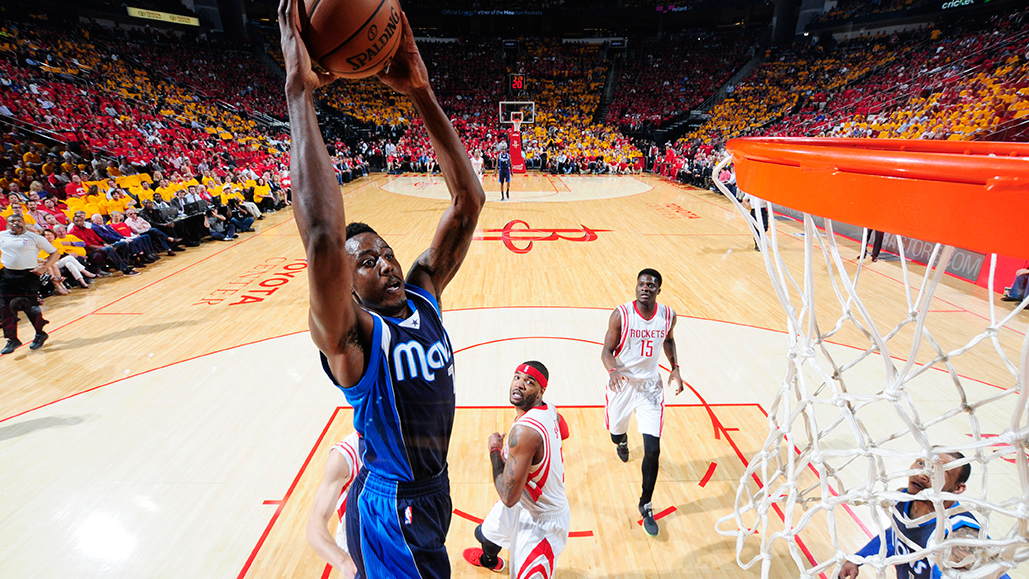 Thing is, this Blazers team probably won’t be very good if LaMarcus bolts. They have the kind of weirdo athleticism that I crave in bad basketball teams, but they seem primed to fall off the radar as far as being a fringe contender/middling playoff team. It’s always been strange to me that role players end up setting pay standards. Handing over $7 million a year to an unproven contributor won’t look great when they start struggling. I understand that we’re in the midst of a gold rush, but assuming contracts are fair and good just because there is money out there doesn’t seem like a good assumption. From how history has unfolded, it seems much safer to assume that most deals made this offseason will bring us one step closer to a lockout. Woo! Free agency, am I right?!

Sharp: I like Aminu, but still. Someone better check on Dame Lillard to make sure he hasn’t screamed himself into a coma. One day you’ve got LaMarcus Aldridge and Nic Batum, the next you’ve got Noah Vonleh and Al-Farouq Aminu. Eighteen years ago Jay Z and Too $hort made a song about the 2015 Blazers.

Sharp: HOW DID THE SPURS GET DANNY GREEN BACK? POP IS EVEN WORSE THAN PAT RILEY.

Can confirm Danny Green and Spurs have agreed on a four-year, $45 million deal to keep him in San Antonio, per source.

Concepcion: My favorite wrinkle to the Spurs getting Green back at a Popovichian discount is that the move required S.A. to send Tiago Splitter to Junior Spurs East, a.k.a. the Atlanta Hawks. It’s like when you upgrade to a new phone and give your cousin your old phone.

The move just makes sense for Green and the Spurs. Here, then, is how you get a killer player, one of the best defenders at his position, to sign for less money than he would have made on the open market: You convince that player that the money he gives up will actually be put to use smartly in the service of getting W’s.

Litman: I’m pouring one out for the LaMarcus Aldridge Blazers by watching L.A. break down the 2012-13 Portland plane seating plan. What is Sasha Pavlovic doing now that Dexter is over, and did he like the ending?

Sharp: I like how Knicks fans are staring down the barrel of watching their team either (a) make a huge mistake trying to fit Greg Monroe next to Melo, or (b) pull off a sneaky great deal grabbing DeMarre Carroll. It’s like there’s a secret NBA bylaw that forces the Knicks to make every decision as stressful as possible for anyone who cares.

Concepcion: DeMarre Carroll goes north and breaks the news himself on social media. He has obviously been talking to Drake already.

Kirk Goldsberry: Can someone explain to me why Celtics fans think they should get every freaking free agent? They know there are 29 other teams in the league these days, right?

Concepcion: The Knicks are about to pay large money for at least two pairs of fake Air Jordans. If you look at them from just the right angle, the swoosh kind of looks legit.

Ryan: The Hawks might have just lost DeMarre to the Raptors, but don’t worry, D-WADE IS COMING.

Being Mary Jane films in Atlanta

Who cares that it actually films in L.A.?! This tinfoil hat fits perfectly! God, I love basketball Twitter.

Litman: PERK TO NEW YORK. LET’S DO THIS.

The Rockets, Pelicans and Knicks have interest in unrestricted free agent Kendrick Perkins, according to a source.

Concepcion: I think the Perkins-to–New York thing is probably just Perk’s agent trying to ramp up leverage for his client à la Grant Hill. That’s the hope, anyway. Because Perk, all apologies to him, is garbage. And not even hot garbage — room-temperature garbage that can’t even get on the court for five minutes. He moves like a mid-1800s steam engine.

Ryan: So if LaMarcus signs with the Spurs, what does that say about Byron Scott and Mitch Kupchak’s powers of persuasion? What kind of Grey Gardens cat show did they put on last night for Aldridge?

Concepcion: The best pitch the Lakers have to offer top free agents is the secret MRI pictures that reveal that Kobe will barely play next season. Like, I bet they’re so secret that Kobe doesn’t even know about them.

Litman: Did they even get Little Edie Kobe Bryant to come out for the show?