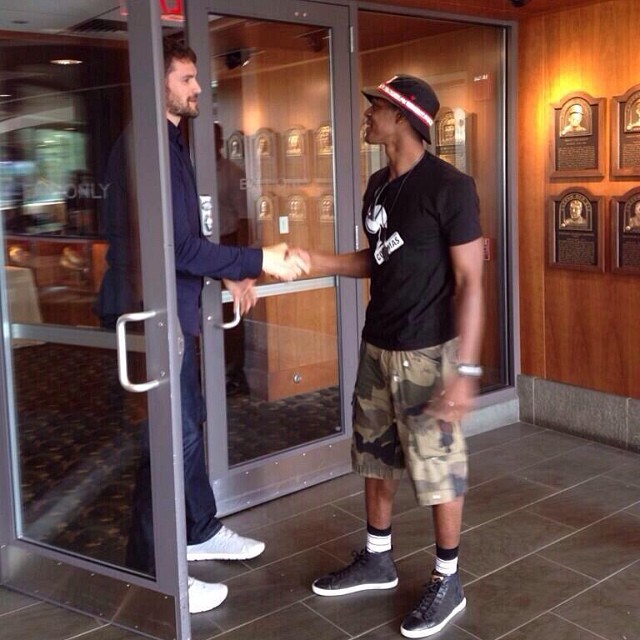 I think I’m rooting for this.

It would mean a happier Rajon Rondo, and all I’ve ever wanted in life is for Rajon Rondo to be happy. Plus, it would be pretty fun to see how quickly Boston turns Love into some Christ-like offshoot of Larry Bird. After this weekend the over/under is set at 48 hours.

Even Papi got swept up in the craze.

Flip Saunders’s thoughts? “The last I knew Kevin was under contract with us, and I expect him to be playing for us next year. [Celtics fans are] the same fans who thought they had Tim Duncan. They still think they got Tim Duncan in the draft. I’m not really sure, but the last I looked he was playing for San Antonio, Old Man Riverwalk.”

The point is, bookmark this story, because the play-by-play of Love’s night at The Greatest Bar is either going down as the funniest random Celtics dispatch of all time, or the beginning of a brand-new era in Boston. Either way, a crucial piece of history.