Tom Brady threw 35 passes in last night’s 43-17 thrashing of the Bengals, only one of which went to receiver Aaron Dobson. While one target may not seem like a lot, it represented a major step forward for the 2013 second-rounder, who didn’t even dress in Weeks 3 and 4. If this sounds peculiar to you — after all, the Patriots need all the help they can get at wideout — that’s because it is. According to Shalise Manza Young of the Boston Globe, Dobson was benched because he “mouthed off” to offensive coordinator Josh McDaniels, not because of any so-called “football reasons.”

Although Bill Belichick firmly denied this report, McDaniels is a legend when it comes to feuding with others, as evidenced by his brief stint as Broncos head coach. In two short years, he managed to infuriate Pro Bowlers, scrubs, opposing head coaches, his own defensive coordinator, and seemingly everyone in between, until he was fired during the 2010 season for creating a toxic workplace and an even worse football team. Let’s run through the grisly highlights.

When the Broncos hired McDaniels in 2009 to replace Mike Shanahan, it was generally regarded as a smart move. McDaniels had just presided over Matt Cassel’s stunningly competent debut campaign — a feat that continues to look better with time — and was only a year removed from coordinating one of the best offenses of all time. Likewise, Denver was considered an ideal landing spot for McDaniels. Unlike many franchises in search of a new head coach, the Broncos had recently hovered around .500 and boasted some talented players, namely Jay Cutler, who was the organization’s first-round pick in 2006 and its ostensible “quarterback of the future.”

When you have a promising young quarterback like Cutler, your first order of business probably shouldn’t be to destroy your relationship with him. Yet that’s exactly what McDaniels did by trying to trade for Cassel, alienating Cutler to the point of no return. Ultimately, Cutler was shipped to the Bears for Kyle Orton, two first-round picks, and a third-round pick. One year later, McDaniels drafted Tim Tebow in the first round, essentially signaling he had already given up on Orton; Cutler proceeded to flourish in Chicago.

Still, Broncos fans should view this trade as a relative win: Just think how much worse things would have turned out if McDaniels had managed to acquire Cassel!

During the 2009 preseason, McDaniels suspended Marshall for conduct detrimental to the team, which amounted to a general lack of hustle in practice and “[punting] a ball away instead of handing it to a ball boy.” Apparently, Marshall was displeased with “the team’s misdiagnosis of a hip injury that required offseason surgery,” as well as his contract. When Marshall returned from his suspension, he went on to enjoy his third consecutive 100-catch season while breaking Terrell Owens’s record with 21 receptions in a game. However, in Week 17, Marshall arrived late for a physical therapy session “for treatment of a hamstring injury the team already believed he was exaggerating,” and was promptly benched.

This appears to have been the final straw between McDaniels and Marshall, straining their relationship beyond repair. Let the record show that both parties deserve blame: While Marshall’s various offenses may have warranted punitive action, McDaniels’s uncanny knack for pissing off players shouldn’t be overlooked. In the end, Marshall was traded to the Dolphins for two second-round picks, essentially forcing the Broncos to draft Demaryius Thomas as his replacement, which has obviously worked out pretty well.

Josh McDaniels vs. the FCC

Look, there’s a way to properly curse out your players on the sideline, but this is not it:

If I were a Broncos player, I would not be able to take McDaniels seriously here. He sounds like a kid throwing a temper tantrum after a particularly demoralizing game of red rover. It’s a wonder Orton was able to suppress his laughter.

I’m not going to delve into the salacious details on this one; just Google “Josh McDaniels Peyton Hillis” if you want the full story. Let’s just say there were some off-field issues between the two, resulting in Hillis being traded to the Browns for Brady Quinn and fifth- and sixth-round picks. As such, McDaniels was indirectly responsible for the greatest video-game cover in the history of time: 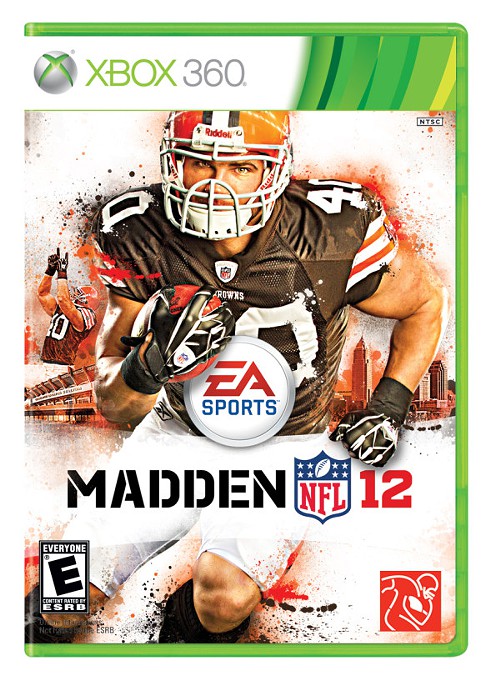 From Mike Klis of the Denver Post: “[Scheffler] was unhappy with his limited use in 2009 and his complaints to teammates got back to coach Josh McDaniels, who essentially suspended Scheffler from the final game of the season.” Consequently, the Broncos traded Scheffler to the Lions in a three-team deal. Either someone dared McDaniels to feud with every skill-position player he inherited, or he’s unable to handle even the slightest bit of conflict. Both explanations are plausible.

Finally, a dispute with a player on a different team! According to Phillips, McDaniels approached the then-Chargers linebacker during pregame warm-ups and declared, “We own you.” For his part, McDaniels claimed that Phillips threatened to kick his ass first, an act that probably would have been applauded by the vast majority of Broncos players. In any event, San Diego won that game 32-3. Talk about ownage.

Following the 2009 season, former Broncos defensive coordinator Mike Nolan left for Miami because of the “hostile way” McDaniels communicated his displeasure with Nolan’s performance during a loss to the Colts. The only shocking part of this story is that more Broncos assistants didn’t do the same thing.

After a blowout loss to the Broncos, then-Chiefs coach Todd Haley refused to shake hands with McDaniels, instead opting for a stern finger-pointing. “There’s a lot of shit being talked about you,” he groused, initially for unclear reasons. Later, Chiefs punter Dustin Colquitt theorized Haley was referencing McDaniels’s 2010 videotaping scandal, which likely would have made more headlines if the Broncos went 16-0 and not 4-12.

“There’s a lot of shit being talked about you” should go on McDaniels’s tombstone, as it effectively sums up the last six years of his career. When Todd freaking Haley thinks you’re a jerk, well, he’s probably right. Dobson may be the latest member of this ever-growing list, but he certainly won’t be the last.