The Knicks recently announced the signing of Kevin Seraphin, the French big man formerly of the Washington Wizards. There is a picture, which you can see above, of the player, flanked by New York GM Steve Mills, signing his contract. Notably, the signing of papers took place on a table of apparently normal height, in a room that features a graphic of the top of the new World Trade building shrouded in clouds. I say “notably,” because, for the past few years, the Knicks have been somewhat infamous for having their new signees put pen to paper atop a tiny table. Scenes of extraordinarily large men — shoulders hunched, legs splayed open with knees drawn up to about their ears as they try to avoid injuring their hamstrings — signing papers down about their ankles have been almost all that Knicks fans have had to look forward to. 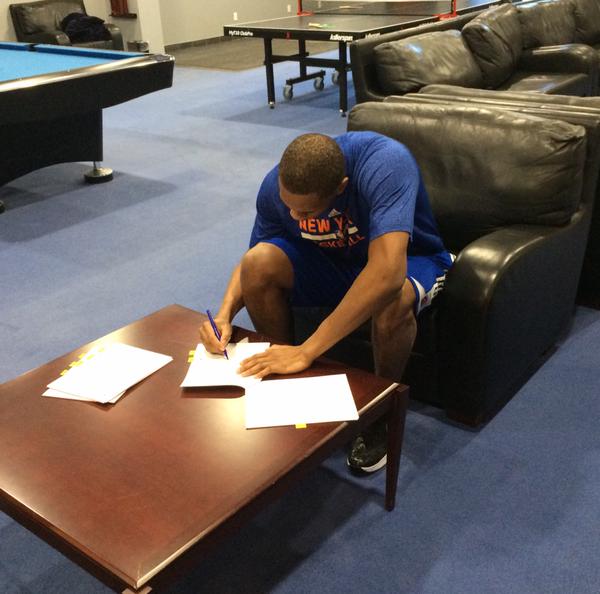 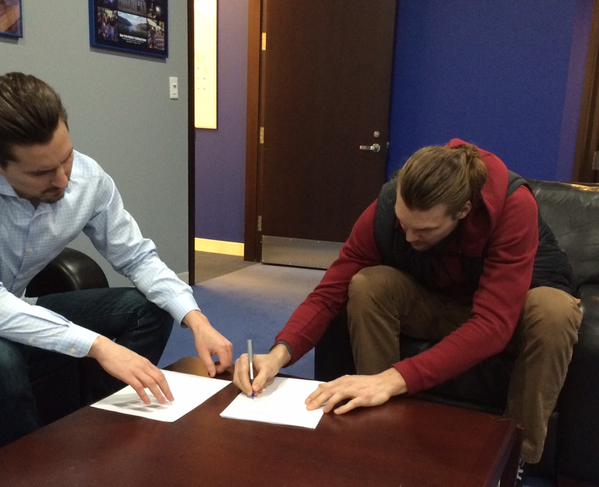 Here’s Langston Galloway, probably throwing out his back for the sake of signing a binding agreement: 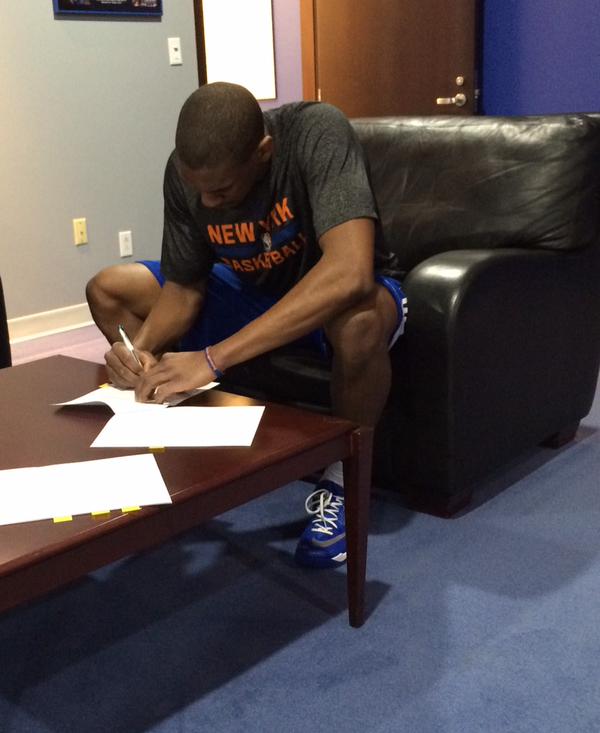 That all appears to be over now. The WTC room is a particularly nice touch. What’s better than having your players sit at a regular table? Putting the table in the sky.

So, rest in peace, tiny table and various other nontraditional signing surfaces.