At the end of a long day of basketball around the country in an NCAA tournament in which 67 teams generally are considered to be playing for second place, the only acceptable question is the one Russell Crowe posed to the CGI crowd in the cheap seats of the Colosseum.

“Are you not … entertained?”

Five games decided by one point in one day for the first time in the tournament’s history. Georgia State wins a game and Harvard scares North Carolina right down to the tar in its heels. And, in Pittsburgh, where Northeastern nearly beat Notre Dame, we wrapped things up with the always entertaining LSU Tigers, who can find more ways to lose a game than you ever might think possible, and found some new ones last night. The Tigers are a staggering pile of raw talent with all the internal coherence of a rockslide. Johnny Jones is their coach. At least, that’s what it says in the program, and Jones does have that primo seat right there in the front row next to the players. But, as nearly as could be determined from where I was sitting, LSU was being coached by its own whims, or by a fractious committee meeting somewhere behind its own eyeballs, or by voices from the Beyond.

All the Grantland coverage of the 2015 NCAA tournament, right here.
Deep in the second half, LSU had NC State beaten. For 35 minutes, the Tigers controlled the tempo at somewhere between 400 and 2,000 RPM. It wasn’t pretty; I believe LSU’s players hit every spot on the backboard with missed layups. But they ran the Wolfpack almost at will, forcing mismatches and freeing talented sophomores Jarell Martin and Jordan Mickey down on the blocks. They beat NC State to almost every contested rebound, Martin contributing two authentically ferocious tip-dunks. With 9:15 left, Martin dropped a free throw, and LSU had a fat 62-48 lead.

The Tigers scored three points the rest of the game. They missed their last 12 shots. They went the last 10 minutes without a field goal. NC State kept creeping back, finally getting to within a single possession at 65-62 with 2:40 left. Then nobody scored for a couple of minutes until Wolfpack forward BeeJay Anya scored twice in the last 44 seconds, including a short lefty jump hook that fell inside the final second — and NC State came away with a 66-65 win that was more fun to watch than a barrel of Kardashians.

“I tell our players all the time, [and] they probably get tired of me saying this, but I believe it: It’s the greatest show on earth,” NC State coach Mark Gottfried said. “The country watches it. Every office has a pool. Every secretary, every guy and lady, everybody’s got a bracket and it’s amazing — the excitement and the fun. Amazing things can happen. Today was a great day, an exciting day in that regard. For us, being a part of it, being on the good end, it ended up being a great day for us, too.” 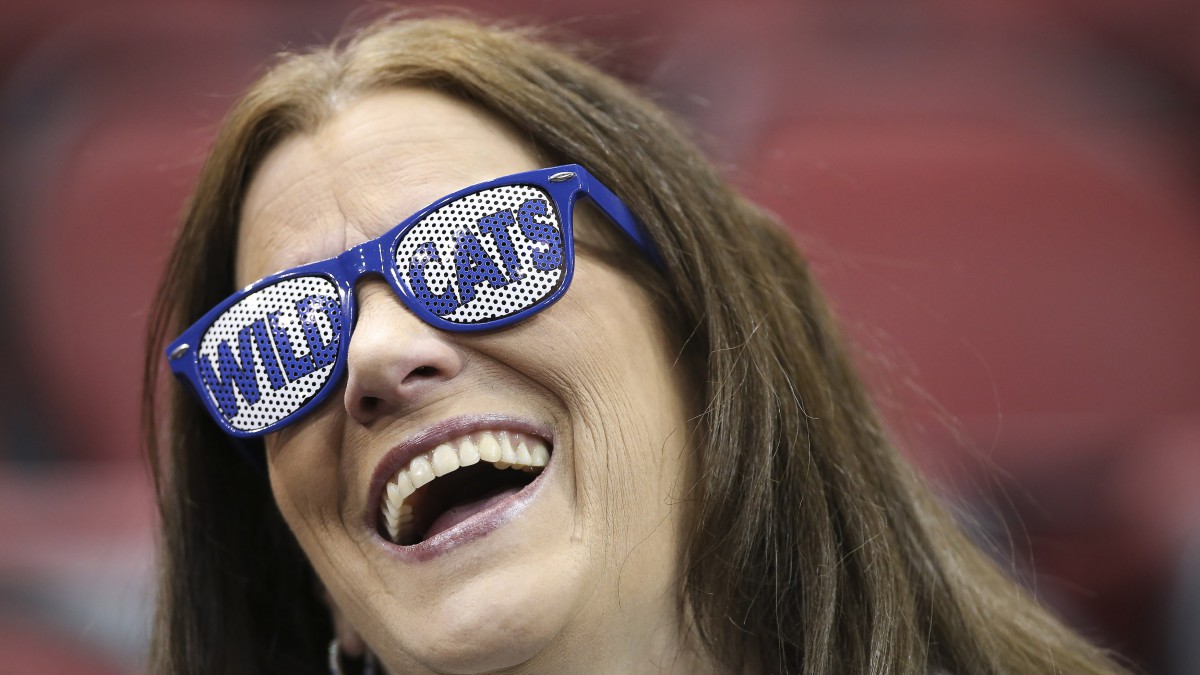 This is all we should really expect from this tournament. Almost everyone is conceding the damn thing to Kentucky, which is looming out there like a line of distant thunderstorms. Everything in the tournament exists in the context of what Kentucky already has accomplished. (Every office pool is expected to be decided by the eighth or ninth tiebreaker. If you have Kentucky winning it all and you took a flier on Georgia State on Thursday, you may already have won yours.) In the day’s first game in Pittsburgh, Northeastern pushed Notre Dame right to the end, losing a chance at a game-tying field goal by turning the ball over. Central to the Huskies’ effort was the work of center Scott Eatherton, who operated inside for 18 points and eight rebounds. Northeastern outrebounded Notre Dame by a staggering 33-17 margin. “I thought we ran our offense pretty effectively,” Northeastern coach Bill Coen said. “We got on the backboards. We made plays when we needed to. Ultimately, I thought it came down to our ballhandling.”

But that was not how the game was defined, which is terribly unfair to Northeastern, but entirely understandable given the unique nature of this season. At the end of the game, more than a few people looked at the Irish and thought, Well, if they’re getting eaten up inside by Scott Eatherton, what kind of bloodbath is it going to be when Karl-Anthony Towns and Willie Cauley-Stein go to work on them? The rest of the day’s proceedings in Pittsburgh had a similar subtext, and every winner could be framed in an imaginary matchup against the only team that matters.

How long could Butler, which beat Texas because it was steadier and because Texas all season has been a pile of pretty leaves pretending to be a tree, last against the Wildcats? Could it hit enough 3-pointers to keep folks tuned in past the first commercial timeout? And did Villanova, another of the four top-seeded teams, prove in its rout of Lafayette that its group of impeccably balanced obscurities can stay with the 2024 NBA All-Star squad that suits up in Lexington? Was beating the Leopards by 41 enough evidence?

It is an odd kind of shadow tournament going on behind the real one. The Other 67 are measuring themselves against each other, surely, but also against the team everybody expects to win the thing. Kentucky is the alpha and the omega of the tournament. The rest is all an undercard.

This is something beyond playin’ ’em one at a time. Nobody’s fooling anybody this year. Everybody knows that Kentucky’s out there in the far brackets, and everybody knows what Kentucky is playing for. The last team to go undefeated, Bob Knight’s 1976 Indiana Hoosiers, was a group of players who lost one game in two years. They beat the best team that C.M. Newton ever had at Alabama. They beat the best team Al McGuire ever had at Marquette, even better than the team that won it all a year later. They beat a UCLA team coming off a national championship and a Michigan team that had been building toward a title for three years. Indiana defeated nos. 2, 5, 6, and 9 to win the title, which was partly the impetus for the NCAA to start seeding the field. Fifteen years later, when the legendary Jerry Tarkanian and UNLV made its run, it was coming off a national championship, but it also was coming apart at the seams under the spotlight and the constant pressure of the NCAA’s enforcement apparatus. Losing to Duke seemed like more of a relief to them — and to the sport.

But neither of those teams loomed over the tournament the way Kentucky does this year. Neither of those teams cast as long a shadow. The other teams in their respective tournaments did not seem so theoretically overmatched. They defined themselves, and then they went out and played, and lost. This year, every team — or, at least, every really good team, like Villanova or Arizona — is playing two games in its mind for every one it’s playing on the court. There’s the game it’s playing against its immediate opponent, and then there’s the game it’s playing against Kentucky, and the second one is the truest yardstick this year. We certainly were entertained, damn it, but, I have to tell you, I’m glad I already submitted my expenses for my trip to cover the Big 12 tournament in Kansas City last weekend. Iowa State? Gone. Baylor? Back to Waco with your sorry asses. Texas? Well, there’s always spring football. I spent four days watching those guys, and by the time Day 1 ended, the Big 12 was as relevant to this annual hootenanny as the Hanseatic League is. The two Oklahomas are still alive, and so is erratic Kansas. And Kentucky was still out there somewhere, deep in the brackets, waiting, and not even breathing hard yet.