With all the hype surround the upcoming NBA draft class, the NCAA tournament has been as much about scouting as it has been about simply enjoying the games. When Kansas lost, we heard as much about what it meant for Andrew Wiggins and Joel Embiid’s stock as we did about what it meant for the program in Lawrence. For as much as we care about what team advances, there’s plenty of attention being paid to who is helping or hurting their standing with NBA front offices.

With the Round of 16 just a day away, it’s a good time to take stock of a few of the more intriguing prospects we’ve been watching in the early rounds of the tournament. Putting the big names — Wiggins, Embiid, Jabari Parker — to the side, we wanted to spotlight eight less-heralded players who caught our attention this past weekend.

Perhaps no player in the tournament (or at least on this list) has a chance to do more for his draft stock than Stauskas. He has become the driving force behind this Michigan team. Though his overall numbers aren’t that impressive — 9-of-21 from the field in two games for a 16-point average — Stauskas has continued to show off his versatile skill set. And the best part is, his team keeps winning. If the Wolverines continue to advance despite the absence of Mitch McGary, Stauskas will continue to climb up draft boards.

Scoring 41 points in a college basketball game is a hard thing to do. Payne managed to accomplish the feat in the NCAA tournament. Though he followed his lights-out performance against Delaware with a pedestrian one against Harvard, there’s no doubting that he is firmly solidifying his status as a first-round pick. If Payne can continue to use his inside-out game to push Michigan State deeper into the tournament, starting with a Sweet 16 matchup against a stingy Virginia defense, NBA decision-makers are going to be more and more convinced that he has finally put it all together. A tough, physical big man who can score in the post and stretch the defense from 20-plus feet is a very valuable commodity in the pros. Just ask the Suns about Markieff Morris. And a potential Final Four matchup against Florida’s Patric Young would give Payne the opportunity to perhaps even boost himself into the late lottery.

Early in the season, Ennis drew praise from all corners for his clutch performances at the end of games. With a whole season behind him, though, Ennis’s poor performance against Dayton — 7-of-21 from the field, 0-of-5 from 3 — didn’t reveal any previously unknown shortcomings. The concerns about his ability to finish near the rim and consistently convert jumpers already existed before his last-second 3 clanged out against the Flyers. The loss to Dayton was just a reminder to NBA executives that, for all his alluring intangibles, Ennis has very real flaws in his game.

Powell has been off the casual fan’s radar his entire career, but he still has a chance to impact an NBA team. Powell bounced back from a dreadful first game against New Mexico’s big front line to score 15 points and nab seven rebounds in Stanford’s upset win against Kansas. The Cardinal’s hybrid triangle offense isn’t a great fit for his skill set, but two consecutive poor outings, regardless of the circumstances, would have likely sealed his fate as a second-round pick (if that) — especially had Stanford not advanced. But thanks to his effort against the Jayhawks, the skilled and versatile big man can continue to build his case for the first round.

Middling numbers have kept Napier at UConn for the past four years, but after pouring in 49 points over two tournament games — including an upset win over Villanova — the senior guard is issuing a reminder to NBA executives that he can flat-out score with the best of them. Napier’s selfish streak and penchant for taking tough shots isn’t something talent evaluators will look past after just a few games. Entering the tournament, Napier’s stock had him on the second-round bubble. With such a lengthy track record, a few more solid outings won’t change his prospects too drastically. That said, if Napier can lead the Huskies to the Elite Eight or Final Four while continuing to pile up the points, it certainly isn’t going to hurt his cause. 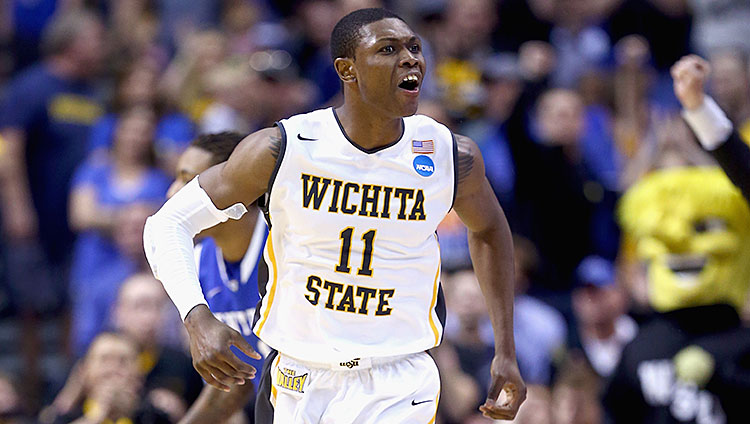 Early has been something of an enigma since bursting onto the scene last year. Questions about his motor, the competition level, and his position will continue to to be asked, but after shredding both Cal Poly and Kentucky in two NCAA tournament games, Early provided a startling reminder about his offensive potential. He was 21-of-32 for 54 combined points in those two games and, particularly against Kentucky, proved he can score in a variety of ways. At times against the Wildcats, he looked like Carmelo Anthony. For a guy who has befuddled talent evaluators across the league for two years, Early ended his college career with a hell of a statement game.

Thanks to his father and solid freshman season, Robinson entered this season with a lot of expectations. Unfortunately, he’s stalled a bit, and hasn’t added much to his outstanding athleticism. But in Michigan’s game against Texas, Robinson showed flashes of what a force he could be if he puts it all together. If he can piggyback on that performance against the Longhorns with a few more strong showings — most significantly, shooting from outside — Robinson will likely solidify his status as a first-round pick. 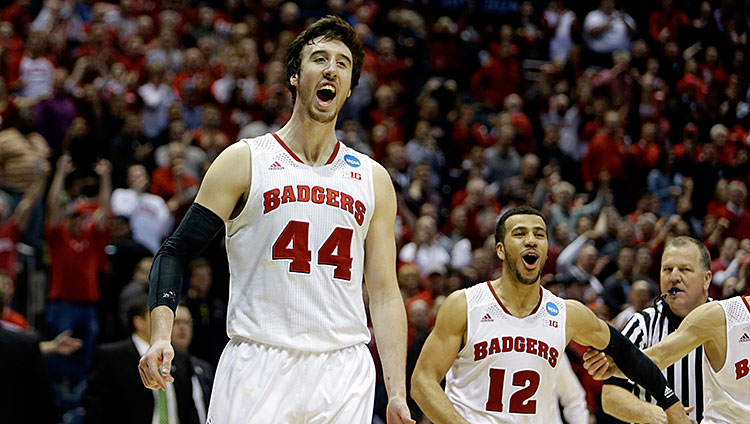 You can search high and low and not find Kaminsky on a draft board. Yet. With a 43-point regular-season game already to his credit, Kaminsky helped Wisconsin claw back from a 12-point halftime deficit against Oregon with his developing inside-out game. As a junior who is a legit 7-feet and armed with an accurate (36.6 percent) stroke from 3, Kaminsky can use Wisconsin’s Sweet 16 appearance as a platform to show scouts why he’d be a good fit in a pro game shifting toward frontcourts with at least one big man who can stretch the floor. If Wisconsin makes the Final Four, expect to see his name popping up all over draft sites shortly thereafter.