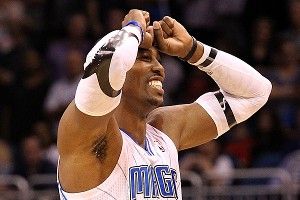 If Dwight Howard listens to the Jalen Rose Show, he might want to skip this one. Jalen went in on Dwight for his recent public statements and questioned Howard’s desire to win an NBA championship. Then we turned our attention to the other big names on the market: Deron Williams, Gerald Wallace, Jeremy Lin, Steve Nash, and even Omer Asik. After that, Jalen shed light on what NBA players really do in their offseasons and why life at home with the family doesn’t come naturally for professional athletes — and often ends poorly. He then broke down the 2012 draft and did some singing. Lots of singing.