ESPN manually tracks shot locations for thousands of select NCAA games each season. The sample is robust but by no means comprehensive. 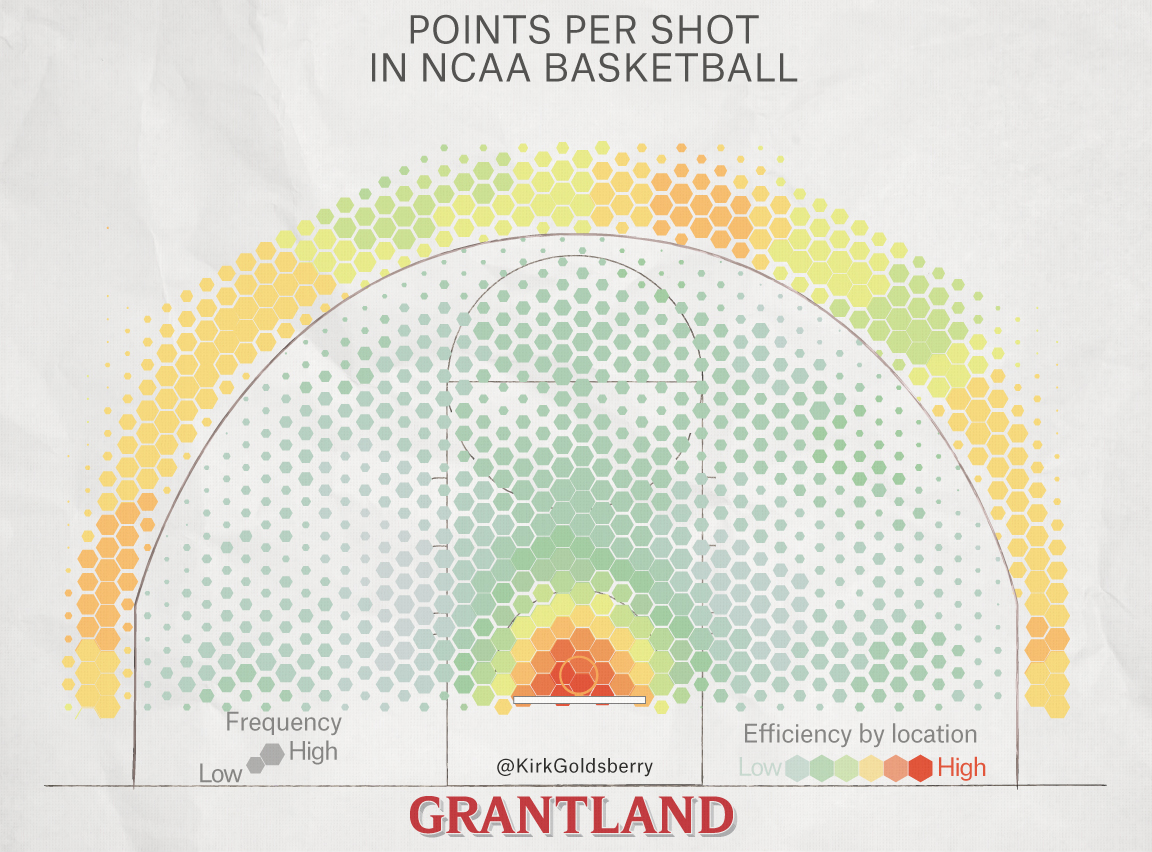 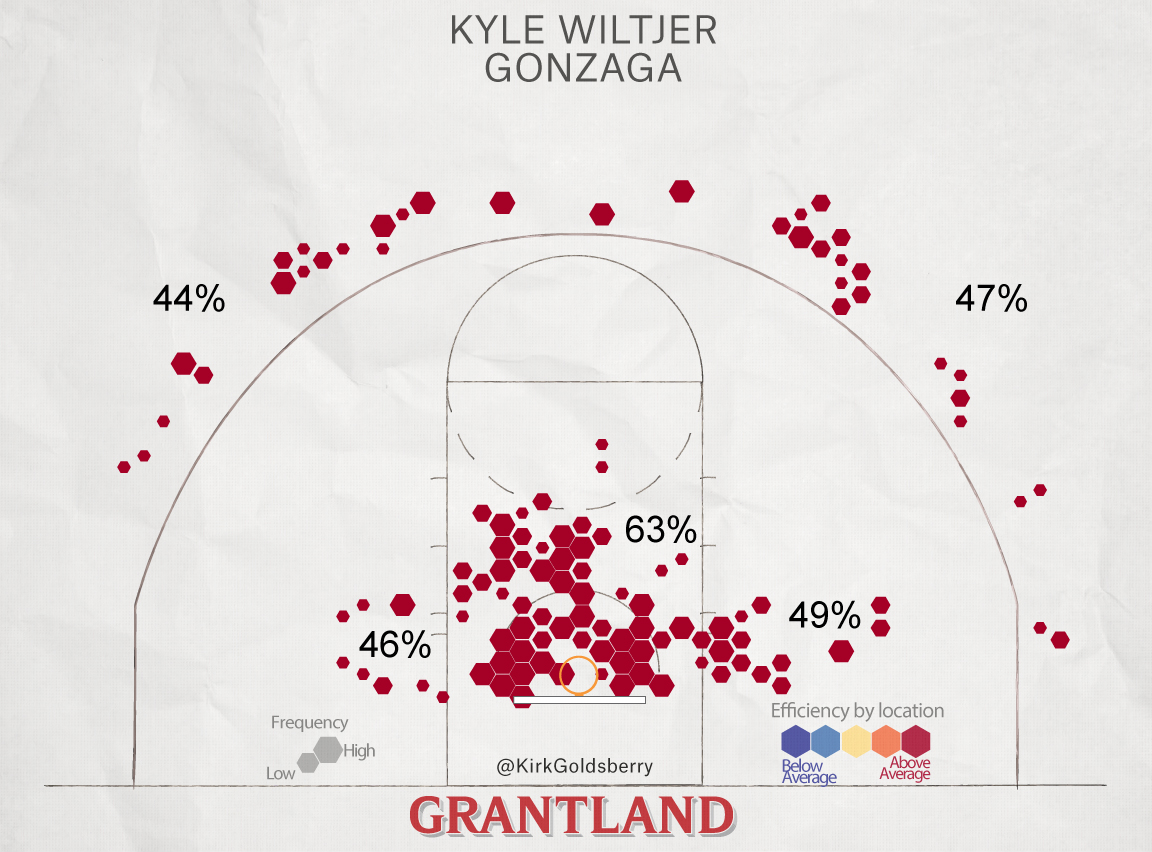 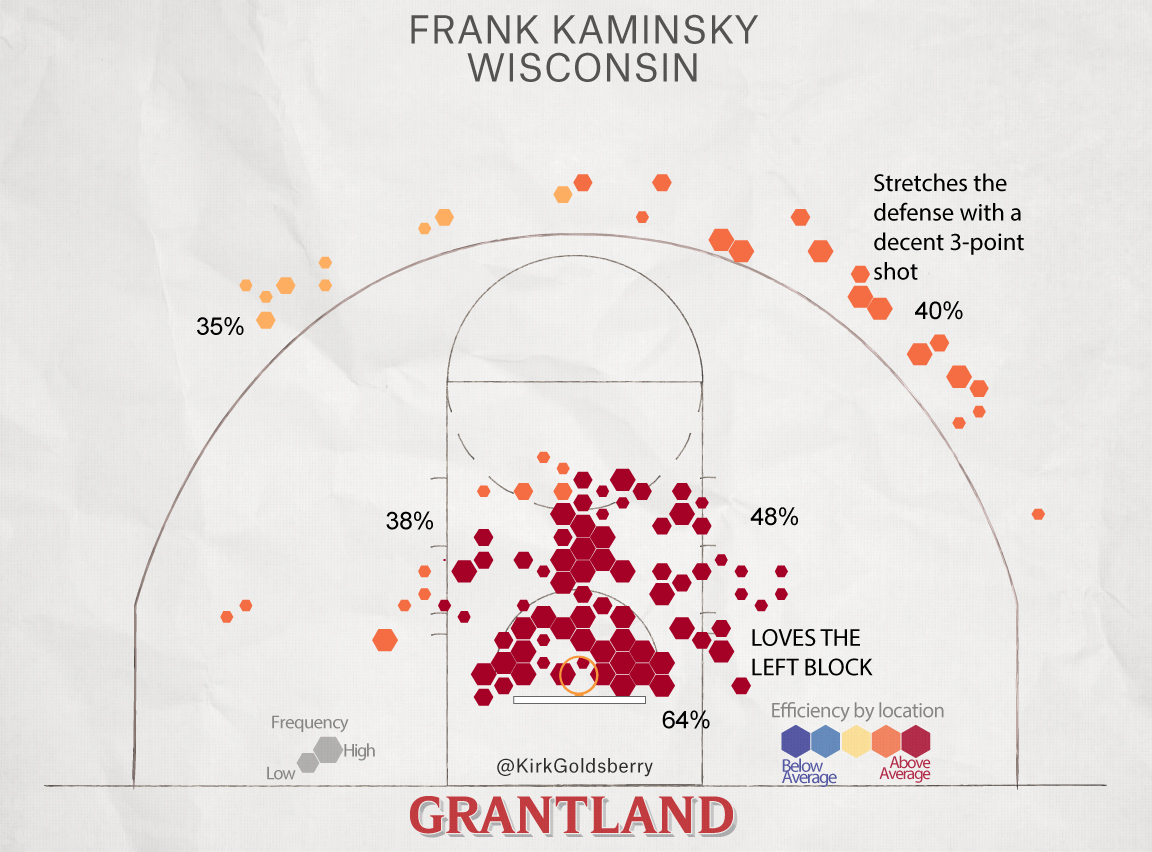 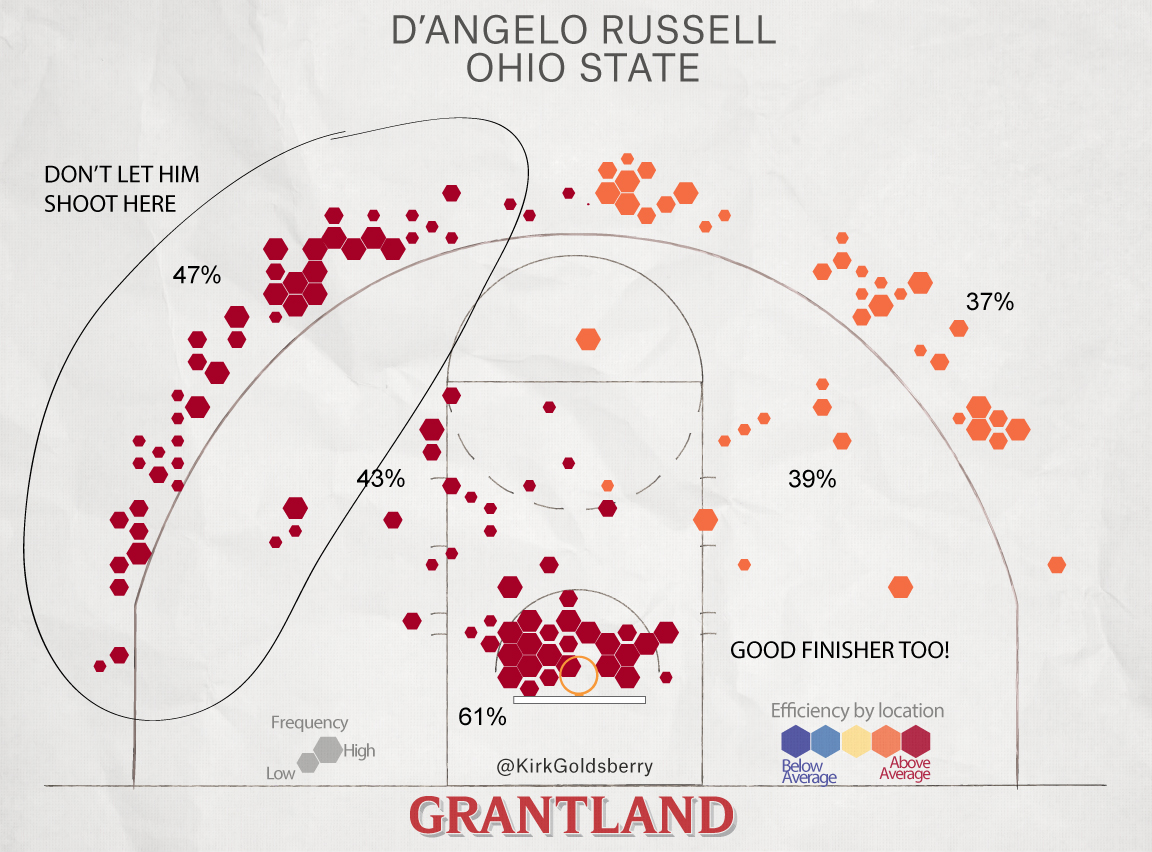 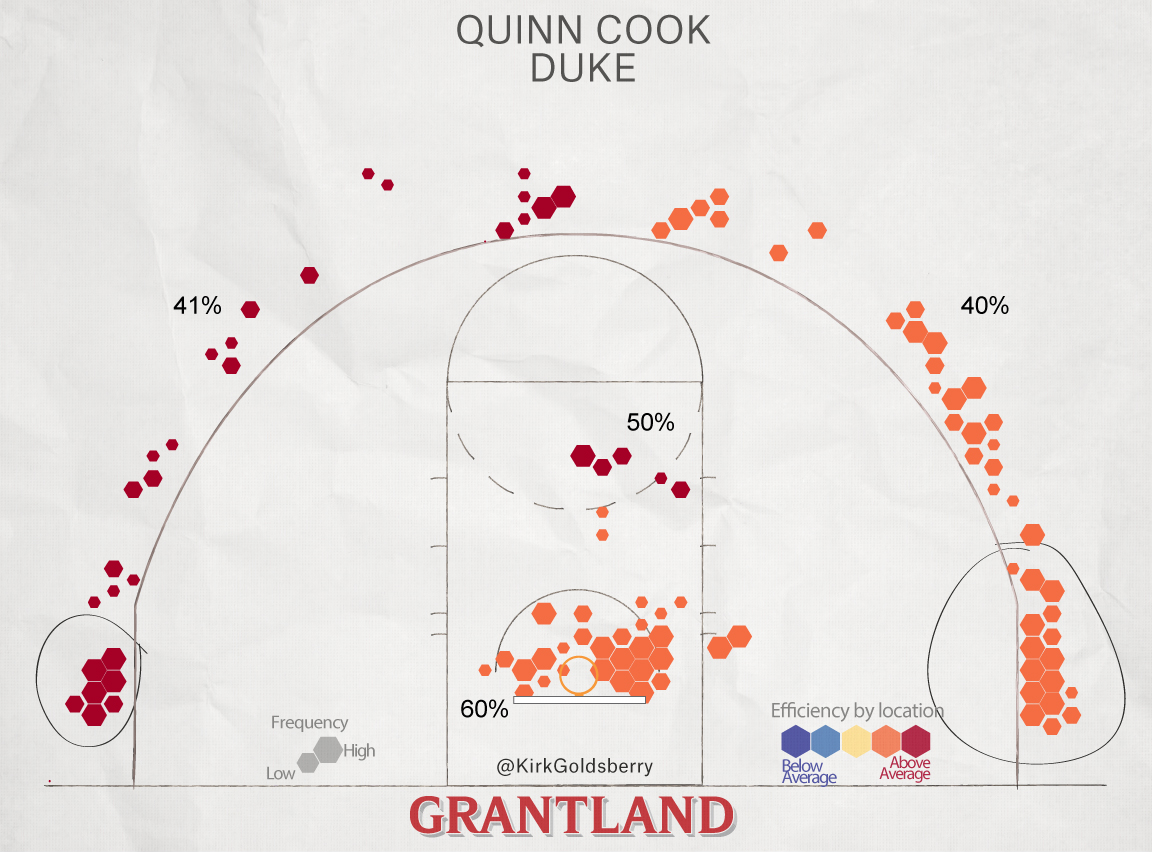 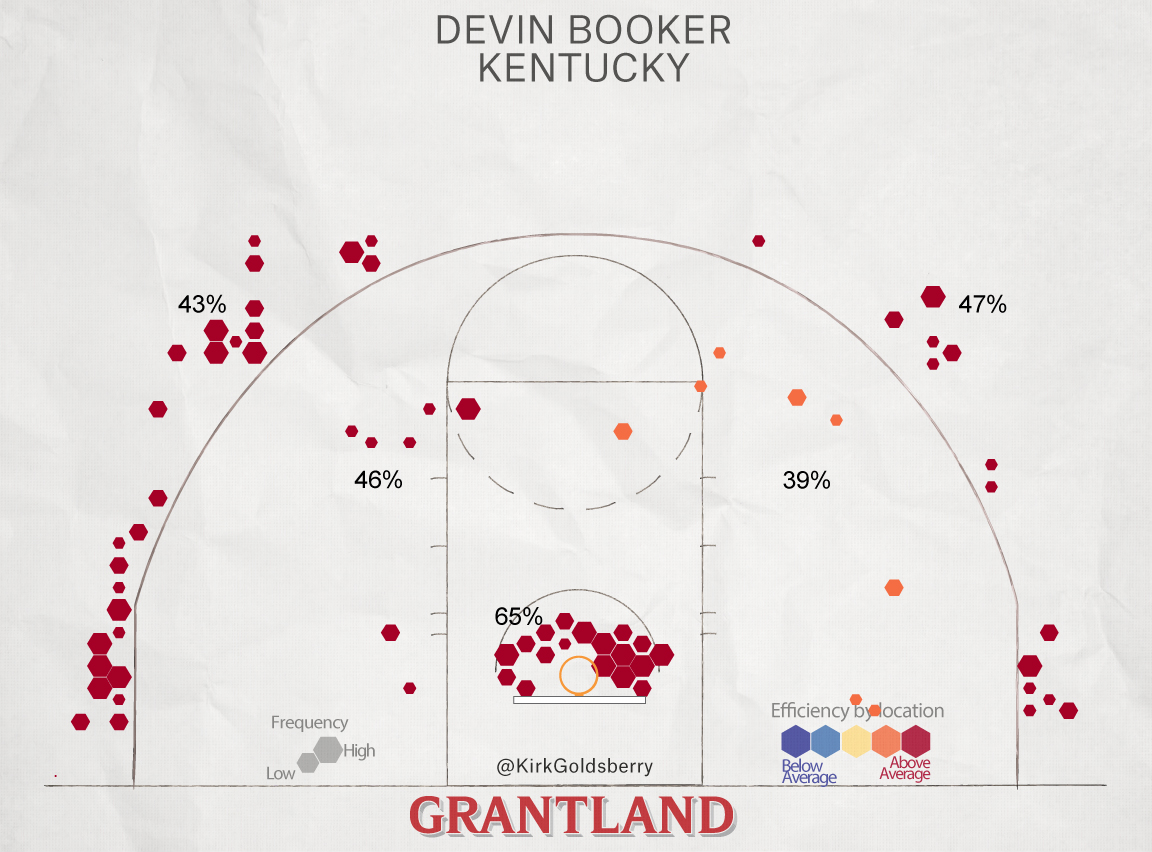