Spare a thought for Drake’s favorite team.1 The Toronto Raptors were one of the league’s biggest and most pleasant surprises last season. Many expected the team to rig for hometown hero Andrew Wiggins, especially after GM Masai Ujiri traded Rudy Gay in December. The Raps had other plans and went on to win the Atlantic Division, placing third in the Eastern Conference. Toronto bowed out in the first round of the playoffs to Brooklyn, but hopes are high in the North this year. With almost the same group on hand, many expect a successful defense of the Atlantic Division crown. This is a good team — with a lot of youth and depth. But is Toronto too deep in one key area?

One of them, anyway.

The Raps are loaded on the wing. On paper, everything looks to be in order. DeMar DeRozan and Terrence Ross will start, while the newly acquired James Johnson and Louis Williams will back them up.

Here’s the thing, though: The Raptors were at their best last year when they played Kyle Lowry in the backcourt alongside his backup, Greivis Vasquez. Dual point guard lineups have been growing in popularity, and the Raptors were able to join in on the fun last season with one of the best tandems in the league. 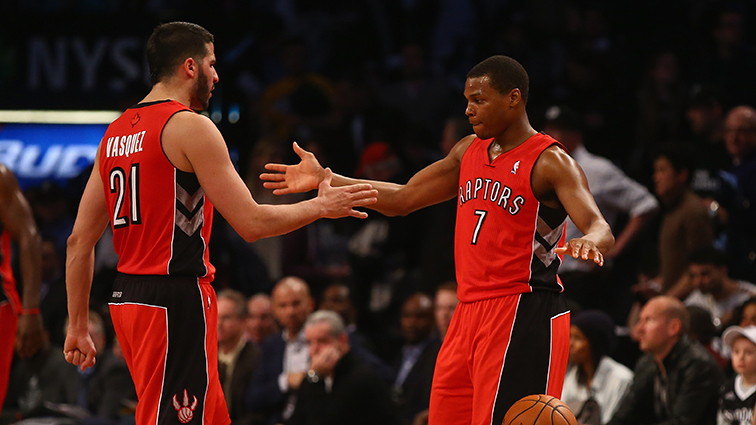 Now we come to the part where head coach Dwane Casey finds a double-edged sword sitting in his office. Based on the above numbers, it would make sense for Casey to play Vasquez and Lowry together as much as he can. But once you start gaming out the minutes distribution, you see how difficult this could prove, and how some rotation players could get squeezed out.

There are 96 shooting guard and small forward minutes to be distributed between DeRozan, Ross, James Johnson, Williams, and Vasquez. At some point, Landry Fields, Bruno “Two Years Away From Being Two Years Away” Caboclo, and even Jordan Hamilton could also make their way onto the floor.

Lowry and Vasquez averaged about 9:25 of floor time per game together last season (490 minutes in 52 games), so let’s say we bump that up to about 12 minutes a night this year, to better reflect just how well the Raptors play when they’re out there together.

If both played in all 82 games, that would give them 984 minutes of time together, which last season would have made them one of the five most-used dual point guard lineups in the league, befitting their status as one of the best tandems. But if you play them together for 12 minutes a night, all of a sudden there are only 84 minutes left to divvy up between the rest of those wing guys, and that’s not nearly enough.

DeRozan’s minute load has increased every season, cresting last year at over 38 a night. He’s Toronto’s no. 1 scoring option, highest-usage player, and best free throw producer. His minutes aren’t going to be slashed much, if at all.

Ross averaged 26 minutes per game last year, but it rose to 29 a night after Gay was traded. It’s a fairly safe assumption Casey will want to get Ross more playing time as he grows into his role as the team’s best outside threat. If DeRozan gets cut down to 36 minutes, and Ross goes up to 32, there’s only 16 minutes of playing time left over for James Johnson and Williams to split.2

And even that is only true if we stipulate that Fields, Caboclo, and Hamilton are unlikely to see the floor except in case of injury to one of the guys ahead of them.

Playing small for a few minutes a night, by sliding James Johnson up to power forward, is an option. But Casey might run into some problems there, too. If James Johnson is at the 4, then by necessity, at least two of Jonas Valanciunas, Amir Johnson, and Patrick Patterson are not on the floor. Those are the three best bigs on the roster. 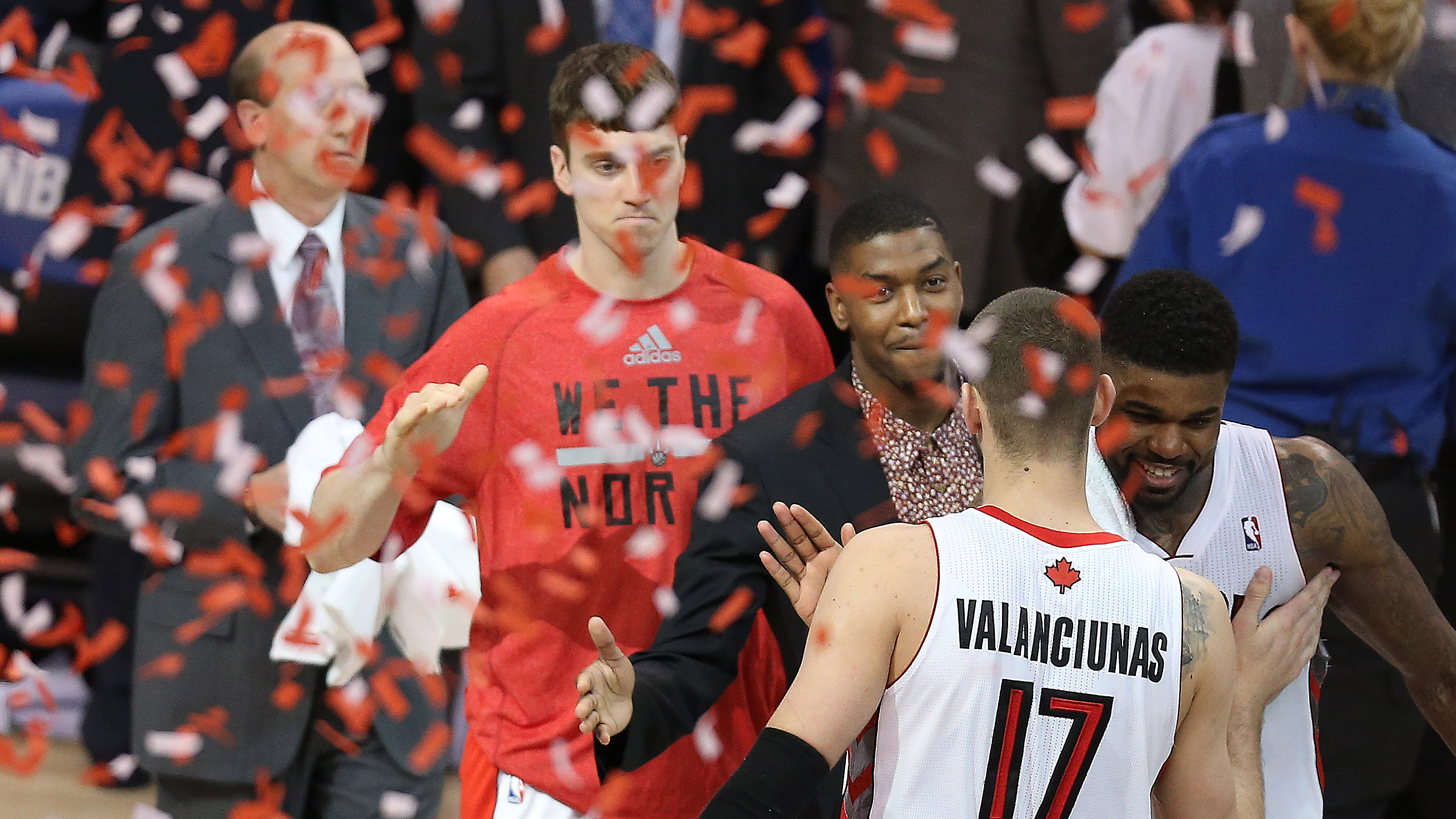 Besides, James Johnson was signed for a very specific reason: to guard big wings like Joe Johnson, who gave Toronto a ton of problems in the playoffs when neither DeRozan nor Ross could deal with him.

Listen, this is a good problem to have. Too many good players who deserve minutes? The Sixers would kill for that problem. (OK, maybe the Sixers wouldn’t, but some other real teams that are trying to win would.) It’s not even really a problem, per se. More of a slight issue.

But someone (or, more likely, multiple someones) is going to get squeezed out, and it’s not going to be fun. At first look, I’d guess that it’s Williams in the backcourt and Tyler Hansbrough in the frontcourt. Other than Amir Johnson, a starter, they’re the only two of this group without contracts that extend beyond this season, and also the only two who don’t do anything that someone else on the roster can’t do just as well, if not better.

Jared Dubin (@JADubin5) is a New York lawyer and writer. He is coauthor of  We’ll Always Have Linsanity.