Last Friday night, the Pacers traveled to Toronto and lost to a Raptors team that was playing without Kyle Lowry and Amir Johnson. That was bad. On Sunday, they came back home, scored just 23 points in the first half, and got torched by the Atlanta Hawks. That was terrible. It would appear the strange and rapid deterioration of the Pacers knows no bounds.

Just a few months ago they were a juggernaut; now they’re a tire fire. Check out these sample headlines from the Pacers blog 8 Points 9 Seconds: “What Secret Disease Is Plaguing the Pacers?”; “Indiana Pacers Plummet in Latest NBA Power Rankings”; “Post-Game Grades: The Rock Bottom Beneath the Rock Bottom.” 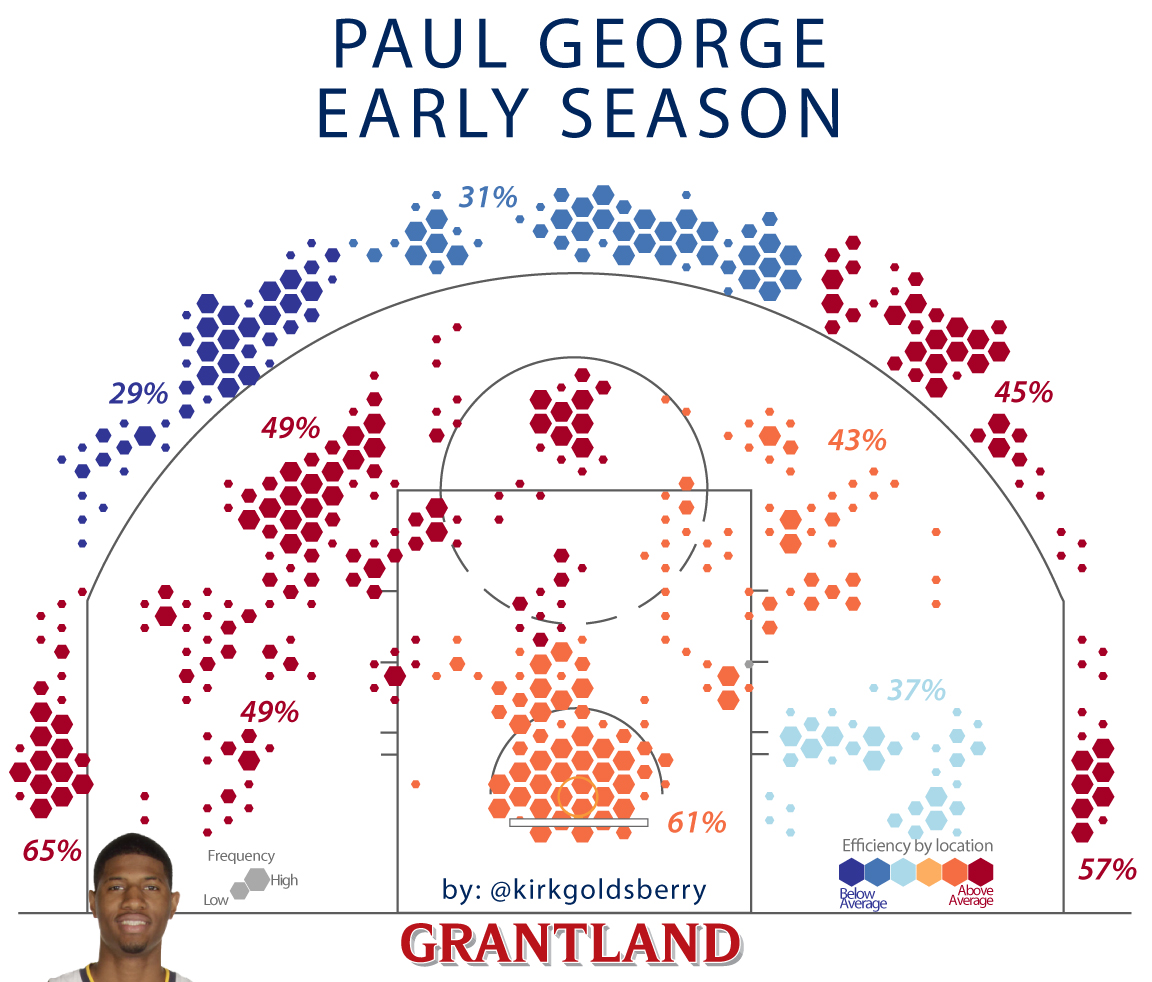 Unfortunately, things have changed. Since January 25, his numbers have plummeted and George has morphed into a mediocre NBA scorer. The slumping Paul George is converting only 45 percent of his shots inside 8 feet — worse than Ricky Rubio. He’s making only 37 percent of his midrange jumpers — worse than Michael Carter-Williams. His 3-point percentage is down to 34 percent; that’s worse than Josh Smith! Ha-ha. Just kidding, it’s not that horrendous. But it’s still worse than Jeremy Lin.

Although it’s tempting and potentially accurate to pin this decline on “off-the-court” distractions, it’s also important to remember that the Pacers’ offense has never been dominant, and NBA defenses often figure out ways to make average offensive systems look even worse. 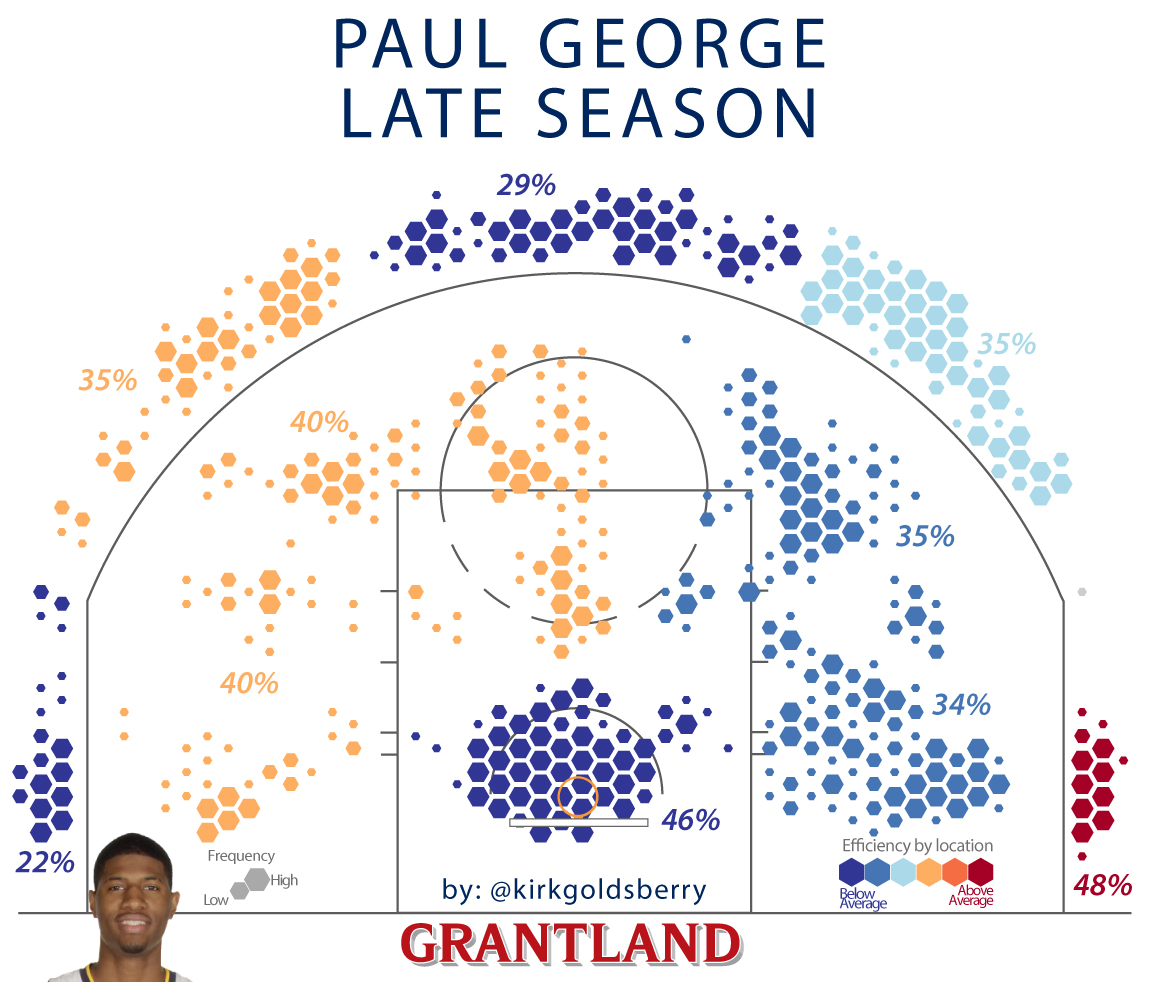 Still, George’s downward transformation has been both drastic and disappointing. Early-season George was a triple threat who could beat you behind the arc, in the midrange, and at the rim. Late-season George dominates nowhere and nohow. During the season’s first two months, George’s go-to jumper was around the right elbow, and he was draining it at elite rates. More recently, it seems like his midrange activity has drifted to the opposite side of the court and down toward the baseline, areas where he’s been far less effective.

But perhaps the most troubling development is George’s regression near the basket; not only is that an area where superstar wings very rarely “slump,” it’s also the most important scoring area on the floor, particularly for a struggling jump-shooter. George is finding no relief there, and the entire Indiana offense is suffering as a result. Early in the season, the Pacers could rely on George to create points by himself, but as that has eroded, the team’s overall offense has been exposed as a major weakness, and potentially as the team’s fatal flaw, at the most unforgiving time on the NBA calendar.

The Pacers come limping into the playoffs with a flailing offense and some weird interpersonal psychodrama. That’s not good, and George’s demise as a scoring threat provides a striking bellwether for the downfall of the Pacers’ overall mystique. Just a few months ago, many of us were predicting wonderful things for George and his teammates; now we’re wondering if they can get out of the first or second round of the meek Eastern Conference playoffs. There is still time to turn it around, but as George goes, so go the Pacers.