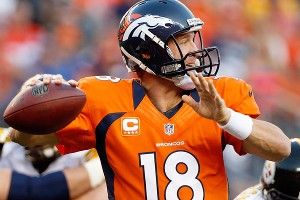 Rough week last week. My NFL prop picks got smoked harder than a blunt backstage at a Bieber concert. I pulled a giant oh-fer, wiping out my entire jermajesty savings account. In fact, I now owe 22,500 jermajesties*.

But look at me. Do I seem worried? Not even a little, and you know why? Because I have this week — traditionally the most effed-up week of the NFL season — completely figured out. Every year during the divisional round of the playoffs there’s a huge (eight points or higher) upset. Let me quickly refresh your memories:

In 2007 Tom Brady and Peyton Manning for some reason played on the road, otherwise the streak would’ve been six-plus years.

The divisional playoff round is when the bookies make a killing. Well — this year we’re gonna kill them right back. Come Monday when you’re gathered around a water cooler talking about the games you’ll be able to pull out your own bottle of artesian mineral water and tell everyone you’ve got boatloads of it back home thanks to Cousin Sal steering you away from the big favorites.

Here’s how we’re doing it. I’ll do it with jermajesties. You use the real stuff. Just follow my lead. Especially with this first prop:

Just close your eyes and do it. Don’t you dare defy the Gambling Gods. At least one of these is going to come in and you’re going to capitalize. 100,000 jermajesties each

Over 5.5 sacks in the 49ers-Packers game

I see one team doing most of the work to get this prop over the total. The Packers gave up 51 sacks this year. Fifty-one! That’s a lot. Including three opening night against the 49ers. Bad news for Cheeseheads — Justin Smith is back. I expect that a scrambling Colin Kaepernick is likely to get stuck behind the line of scrimmage a couple times as well. This prop bet is in the books by halftime. 75,000 jermajesties

Longest touchdown in the Seahawks-Falcons game is over 42.5 yards

If Atlanta is going to pull this one out like I think they are, they’re going to need some big plays out of Julio Jones and Roddy White. Leon Washington is due to bust through the punt return wedge as well. 50,000 jermajesties

That number is way too high. The Texans defense is too tough and prideful to get blown out by the Pats like they did a month ago. I predict a close(ish) game throughout. 50,000 jermajesties

Over/under 37.5 mentions in pre/during/post game by various CBS announcers and commentators about how dangerous Bill Belichick is when he has two weeks to prepare for a team

Bill Belichick is 9-3 after a bye in the playoffs. There — I said it. Now nobody else needs to.

33,000/1 odds that for his complimentary analysis Brent Musburger eventually gets to have sex with AJ McCarron’s girlfriend

Wow — was this ever blown out of proportion?! Poor Brent sees a beautiful woman on TV, makes a joke about how every little boy should try to become a quarterback so he too can one day meet up with a model of her caliber and just like that he’s tossed in the dirty-old-man category with Fred Willard and Vinny’s Uncle Nino from Jersey Shore. And yet no one bats a false eyelash when Barbara Walters drools over Hugh Jackman every time he makes an appearance on The View.

I’d rather not have a gun-toting, drug-harboring comedian who is arrested every 6½ days backing me in this argument. By the way — if I’m a member of a feline family, I start a motion demanding Katt Williams change his name.

Now that the Oscar nominations have been announced …

Is it me or does Bigelow’s Snub sound like a crappy seaport restaurant that specializes in fried catfish?

50,000/1 odds the Maloof brothers ever return to their courtside seats in Sacramento

To be fair to them — it may not be the case that they’re avoiding their fans amid rumors that they’re selling the team to an entity that’s moving them to Seattle — it may just be that they’re not able to find their seats. I’ve met them. They’re dumb. So sad. It’s like Seattle took the Space Needle and jammed it right into Sacramento’s lungs. The least Seattle could do is send Sacramento an original Nirvana bootleg CD or two.

Over/under 3.5 years before the baseball Hall of Fame shuts its doors for good and becomes a giant Men’s Wearhouse

The way I see it, you have to let either Clemens or Piazza in. If not for the body of their work, how about the fact that they hate each other’s guts (see 2000 World Series — broken bat incident) and that it would kill one to see the other enshrined. My vote is for the Italian American superstar who was barely drafted and still managed to hit an astounding 427 dingers as a catcher while never being formally linked to steroid use. Piazza in 2014!

Over/under 75.5 years before I understand why SEC fans prefer to root for their conference instead of against their hated rivals

I apparently share the same observation with the great (Mark Titus). Why is it that every fan of the SEC finds it necessary to point out how great SEC football is when a team they don’t even root for in the conference wins the national championship? This week I had a slew of fans from Georgia, Tennessee, and Florida =point out to me on Twitter how superior the SEC was after Alabama dismantled Notre Dame. The only problem with this is — they all root against Alabama!

My good friend Mike August (whom I hate) is a huge LSU fan. So much so that he arranged his wedding to start after the LSU–Western Kentucky game last year … because you know … that had all the looks of a nail-biter.

Instead of being demoralized by Alabama’s BCS title game victory, Mike insisted on proudly schooling me about SEC football and how you can’t play lateral football against his conference. His conference?! Would a Red Sox fan ever rejoice over an A-Rod World Series–clinching grand slam? “Hey — that’s AL East baseball for you.” How about in college hoops? Would a Cameron Crazie ever take you aside and gloat about the ACC while a Tar Heel is cutting down the nets? I imagine if the Palestinians were to bomb Sri Lanka you wouldn’t hear an Israeli brigade general boasting about Middle East powerhouses. Here’s the deal — you root for your team and then hate every other team in their division. If one of those other teams wins — you only have the right to be bummed out — not to lecture.

Over/under 6.5 celebrities that were legitimately bummed out reading mean tweets as seen during Jimmy Kimmel Live‘s 11:35 debut show this past Tuesday

And that’s that. Thanks to everyone for watching Jimmy Kimmel Live and making us the highest-rated late-night show of the week. And to those who didn’t watch — I hope you contract the flu.

Enjoy the divisional playoff round.