LeBron James is playing very well. In each of his last five games he’s made over 60 percent of his shots and scored over 30 points. This puts him in elite company; only Moses Malone and Adrian Dantley have ever done this before. During this stretch, James has obviously been dominant — he’s made 55 of his 77 shots (71.4 percent) — but he’s been especially lethal close to the basket. He’s made 35 of 42 attempts (83 percent) close to the rim. As crazy as it is, though, this high percentage is not much of an anomaly for LeBron, who is the league’s most efficient scorer near the basket. He’s made 73 percent of his shots within eight feet this season.

James has also been great away from the basket. During his streak he’s made 20 of 35 (57 percent) of his attempts, including nine of 16 of his 3-pointers. The idea that he is a beast near the basket is not new, but until recently James has been an unexceptional NBA scorer away from the basket. Perhaps the most interesting part of this streak is that he’s scoring at an elite efficiency everywhere. This is a true testament to how much better James is as a jump shooter this season. He’s currently making 3-point shots at a higher rate than his teammate Ray Allen, which doesn’t seem fair. 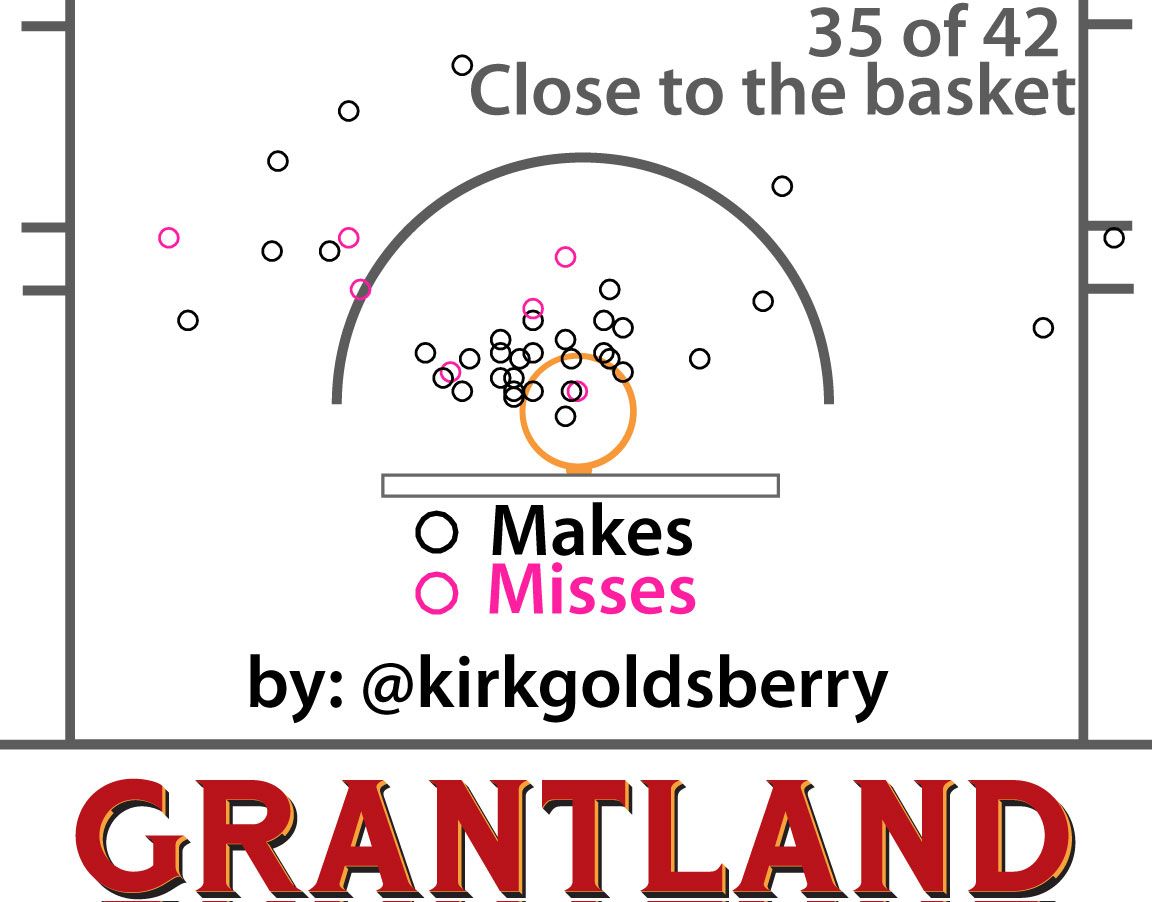 If last season was about LeBron developing a post game, this season should be about his jumper, which is vastly improved. And, if this streak is any indication, which I believe it is, the league is still chasing LeBron and the Heat. 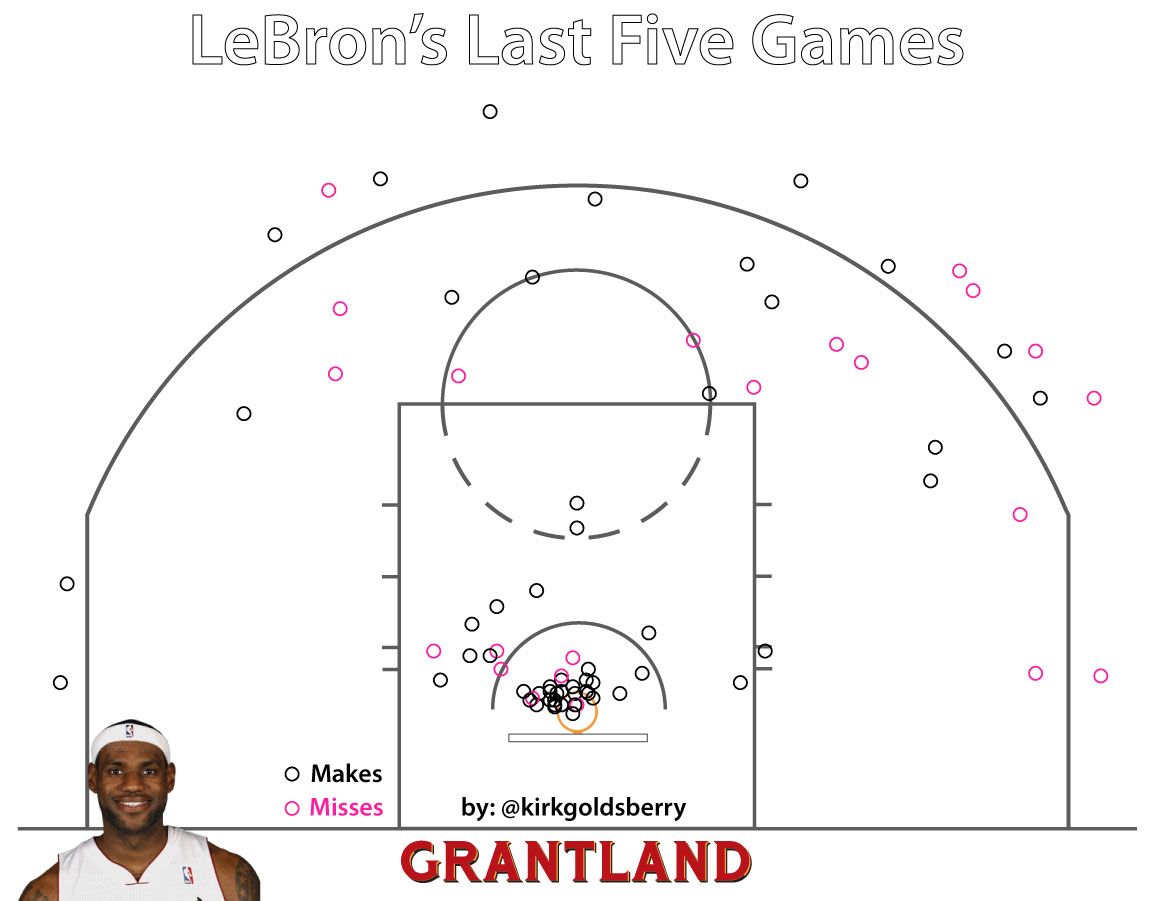