The dominant NBA narrative at the All-Star break surrounds Kevin Durant and LeBron James. It seems like everyone is not only bickering about who should be the MVP, but also who the better player is right now. I have no hot take on this matter, but I am always happy to compare these two magnificent athletes and their approaches to scoring.

Durant is playing the best basketball of his life; James is not. This is not a slight against James — the whole Heat team is playing tired, rationing their energy, and doing their best to get healthy for playoff time. This is a good strategy. But it’s a strategy that has cost Miami some regular-season shine and enabled the whole “Durant is the MVP” angle to really blossom.

The bottom line is that it’s February, and both of these guys know that. Still, looking at their shot charts from this season provides a really interesting case study in how the two best players on the planet approach scoring.

While both guys are freakishly efficient, they achieve their efficiencies in strikingly different ways. Durant is the outside man; his game is largely based on his incredible ability to create and sink jumpers at will. He is a better scorer than James away from the rim.

Durant is making 46 percent of his shots from midrange, an area where James shoots 41 percent. He is hitting 42 percent of his 3s, while James makes a hair under 36 percent of his. In fact, a quick look at Durant’s shot chart reveals he’s above average everywhere on the court, with one minor exception along the left wing. 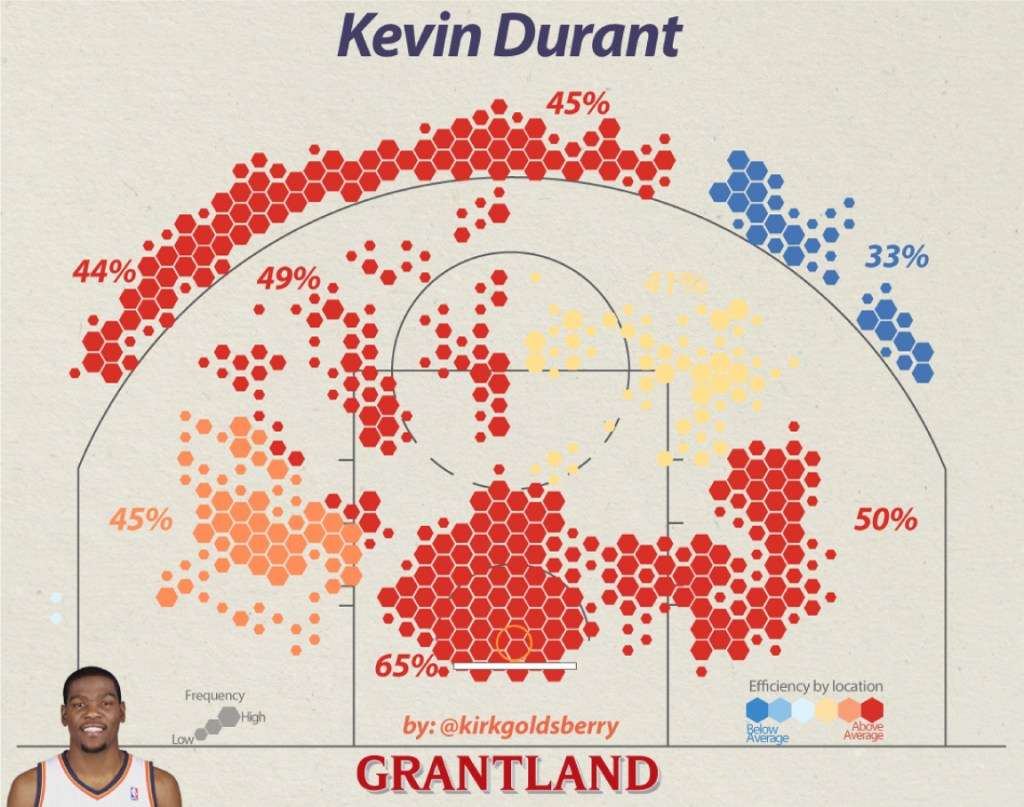 LeBron is no slouch, and deserves credit for improving his jump shot, but nearly everybody in the league pales in comparison to Durant’s perimeter genius. Still, James bests Durant in one key spot: near the basket — the most important area in the game.

James is the league’s premier inside man. 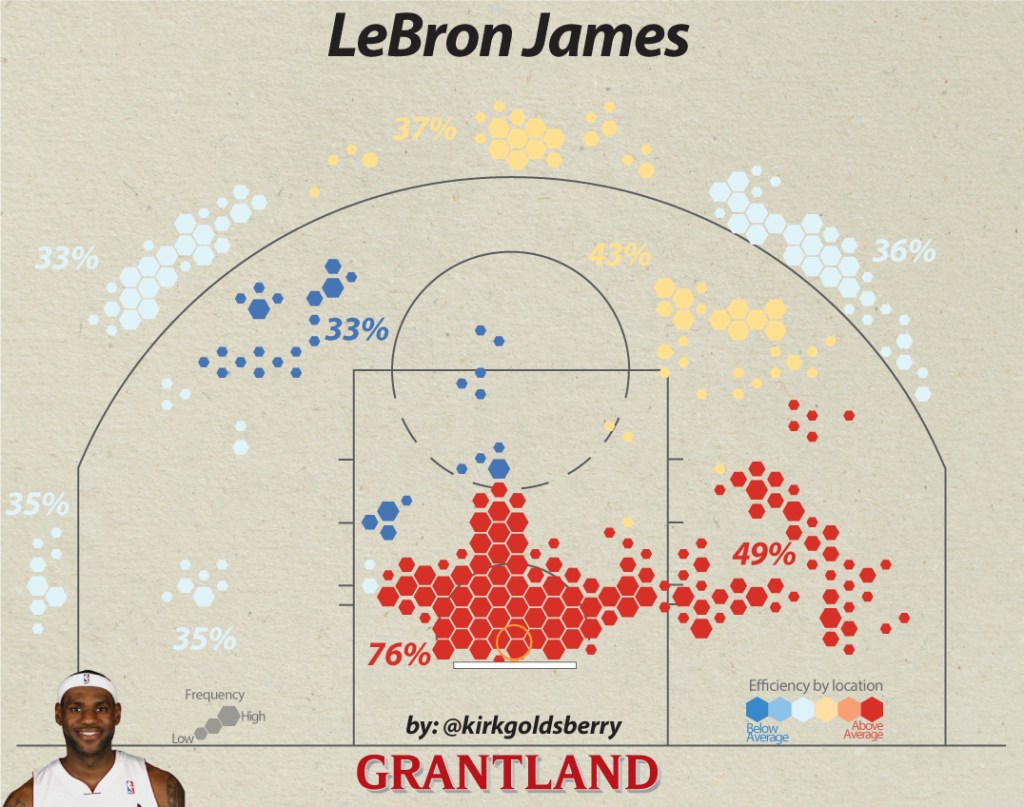 James has been a fairly average scoring force away from the basket, but his insane ability to finish close to the hoop more than makes up for that. In fact, 67 percent of his made field goals have come inside eight feet; that number for Durant is only 44 percent.

At a glance, it looks like Durant is clearly the more efficient scorer overall, but looks can be deceiving. Despite being really good from only a few key spots, James leads Durant in both true shooting percentage and effective field goal percentage. Meanwhile Durant leads James in overall win shares. So, depending on your favorite evaluative metric, you can argue for either guy right now. Still, when we get caught up debating who is better, we end up trying to diminish one of these two amazing basketball players, and that’s a shame. And while it’s tempting to say things like, “Durant has surpassed James,” the truth is that neither of these guys care about those “hot” wintertime takes, and perhaps we shouldn’t either.