Week 1 is kind of the best week of the year, for much the same reason we like college football better than the pro game: Nobody really has the first clue what to do,1 and anybody who appears otherwise is just doing a better job of faking it than the rest of us. There was a great moment in the mothership studio late Saturday night, when Lou Holtz, mid-tear on the follies of assessing teams too early, likened the process to predicting the career path of a newborn: “Is it gonna be a doctor? I don’t know; it’s a baby.” He’s absolutely right, and the viewing experience is all the more enjoyable for it. The more scrambled expectations get between a given Saturday and Sunday,2 the more wide open this landscape becomes, and the more there is to explore. Today, we have one data point for each team, and we can go absolutely anywhere with each of them. So let’s hand out some stickers:

Or Wednesday and Monday. HOW MUCH DO WE LOVE WEEK 1?!

• Most entertaining course correction: Oklahoma State. This time of year, even the stuff we get right, we don’t really get right. This time last week, we were thinking the Pokes would overcome their great swaths of personnel losses in time to compete with the class of the Big 12 by November. Today, they look a whole lot closer to that level in September than previously imagined, and all-purpose field-devourer Tyreek Hill looks like some sort of celestial being. Are they gonna be doctors? We can’t tell, but right now the Pokes look like chiropractors, at least.

(Really, really interesting game coming up for OSU in a couple of weeks, at home versus UTSA. We are, in fact, recommending you watch the Roadrunners. More on them in a little bit.)

Conversely, should a shaken nation be hand-wringing over Florida State’s performance against these wee Pokes? Signs point to no. We finally got to see what it looks like when Jameis Winston has an off night, and we also got a mostly unnecessary reminder that he’s surrounded by enough overwhelming talent in all phases of the game to make up for that when it happens. The Noles’ defensive tackles will get a chance to beat up on the Citadel in Tallahassee in Week 2, which should help.3 And most crucially, if FSU can get past Clemson in Week 4 — which looks a lot easier to do now than it did a week ago — it won’t face anything else resembling a competitive-looking game until mid-October.

A virtual bye week might also be helpful for all parties needing to get whatever this is out of their systems.

• Upset of the week: Texas A&M over South Carolina. This wasn’t the biggest Vegas upending of the week, nor the most shocking,4 and did we ever have our pick of games for this honor this week, but lookit y’all, we found something else Kevin Sumlin’s good at!

We see you, UAB, and we love those new helmets to distraction.

So where do our course corrections come down out of the stratosphere on this freshly recast offense? Not for a while: The Aggies play Lamar, Rice, SMU, and Arkansas in September.

• Best in-game innovation: The Kiffin Cam. It’s smugly self-serving to hand out awards to our own colleagues, but seeing as these are made-up awards and we’re nothing if not smugly self-serving: Can the Kiffin Cam pioneered during West Virginia–Bama be expanded to include a picture-in-picture window that tracks the facial expressions of, say, Steve Spurrier, Nick Saban, and Bo Pelini at all times? We don’t ask for much. Runner-up: Kiss ram! 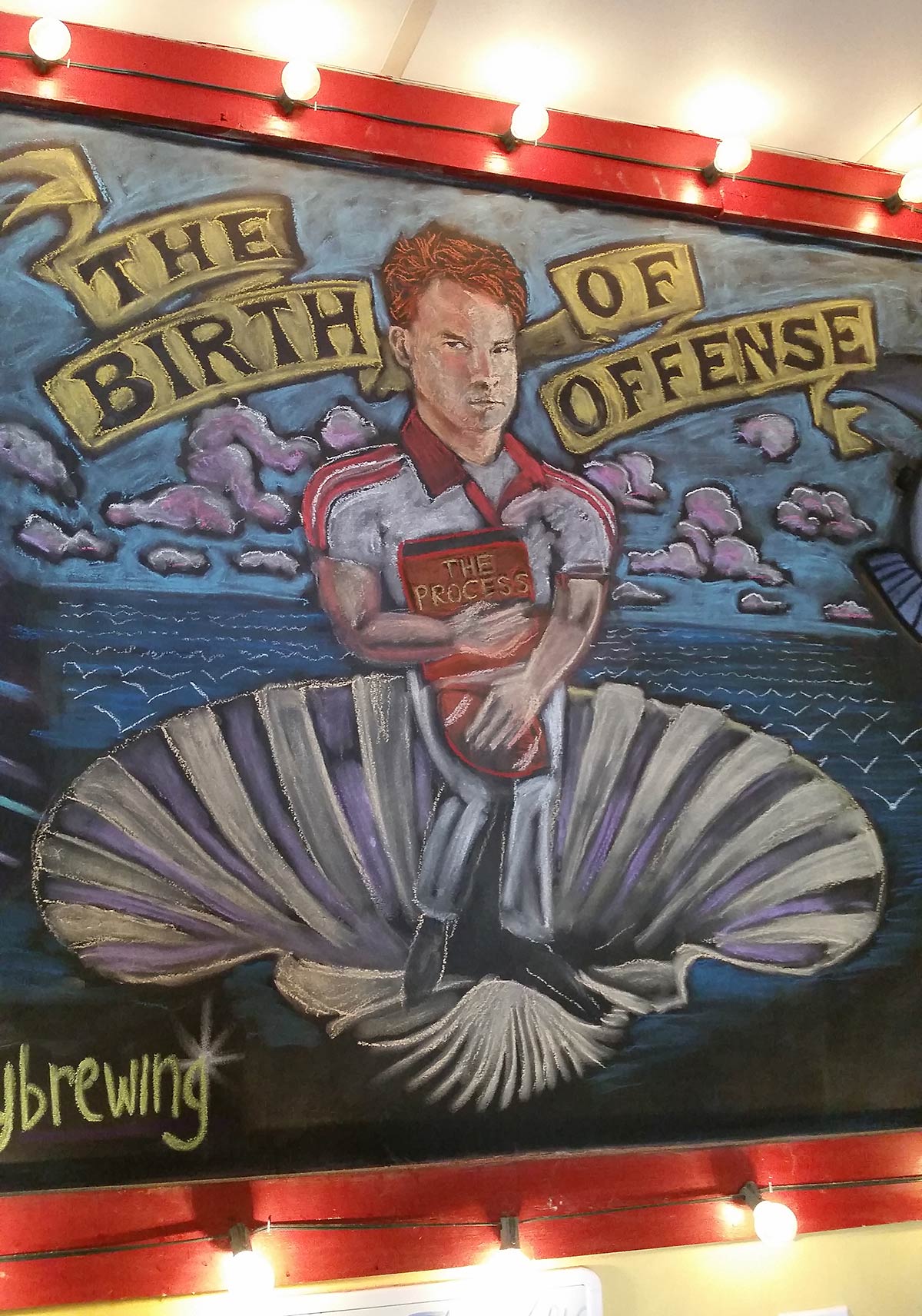 • Play of the week: Jordan Westerkamp, WR, Nebraska. Looks like an interception at regular speed, like an incompletion in slo-mo, and then PRESTO:

The catch was all luck, says Westerkamp, which did nothing to diminish its magic.

• Breakout player of the week: Justin Holman, QB, Central Florida. This early on, there are always a couple dozen guys worth slotting here, so bear with us as we try to sift through performances, the better to commence our obvious and pernicious quest to destroy YOUR TEAM, ESPECIALLY AND ONLY YOURS. And check out the difference in drives in the first half, when the Knights played Pete DiNovo at QB, and in the second, with Holman at the reins.

• Breakout team of the week: UTSA. If we’d stuck with division-winning UTSA Roadrunners as our bold prediction down at the bottom here, we’d have been onto something. Houston committed six turnovers and fell at home to one of the newest teams in the FBS, albeit one of the most experienced rosters.

• Cobra Ultra Force Elite Unit of the week: Georgia’s offense. All of it. Todd Gurley, threatening to obliterate the Sanford Stadium hedges with the mere force of his passing. Nick Chubb, grown-ass-manning his way to 70 yards on four carries as a true freshman. The offensive line, expelling all fear of Clemson’s defensive front. Hutson Mason, eminently quotable:

"I do have the ability, when someone fat is chasing me, to kick it into gear." This Hutson Mason fella is alright.

• Best look-ahead, post–Week 1: Alabama at Texas A&M. After five days of football action and with one opening week game remaining, our most anticipated regular-season matchup is now the Tide’s phantom defensive backs versus the Aggies’ hatchling receivers. Alabama hosts A&M on October 18.

• Dream postseason match, post–Week 1: Georgia vs. Wisconsin. We’re not picky. Semifinal, regular bowl, whatever. Just put all that red in a stadium and let it run at each other, like particularly violent gobs of Play-Doh mashing together.

• Grape Job! We’ve got as many candidates this week as there are grapes in a vineyard: Byron Marshall? Eastern Michigan? Syracuse? Vandy? Let’s roll with FIU, whose “object permanence” media strategy has solidly ensured that nobody will point out that the Panthers just lost to Bethune-Cookman. Again. Everybody has a hobby?

• Cherry-picked stat of the week: Undefeated. Georgia. State. Football. Panthers kicker Wil Lutz, on his game-winning field goal: “I asked Ben [McLane, his holder] how we were going to celebrate when it’s over, and Ben said, ‘I’m probably going to throw you in the stands.’”