I started out the New Year doing something outlandish. Most Chicagoans of a certain age have never even considered an activity so eccentric, so potentially foolish. By my own free will, I attended two local college basketball games — a Saturday-afternoon contest at DePaul University (vs. Xavier) and a Sunday-evening tilt at Northwestern University (against Wisconsin) — in the same weekend. Two games! In two days!

Just what did I see during that 36-hour hoops odyssey?

A Chicago native has been selected first or second in three of the last six NBA drafts. Barring injury, Duke’s Jahlil Okafor will make it four-of-seven this summer. As a state, Illinois has had 76 top-100 recruits graduate since 1999, according to the Recruiting Services Consensus Index, much more than comparably sized neighbors like Indiana (58), Michigan (57), Ohio (42), or Wisconsin (27). Paul Biancardi, ESPN.com’s national director of recruiting, estimates that the Land of Lincoln has produced more Division I signees than all but three or four states in the country since he started tracking the prep scene seven years ago, with kids from Chicago and its suburbs leading the charge. “I think we all know who the greatest players have been over the years coming out of Chicago. You know ‘em, I know ‘em, the fans know ‘em,” he says. “But it’s that level below that’s impressed me.”

Recruiting locally is not the only way to build a championship contender in 2015, and it’s probably not the smartest way, either. It follows, though, that programs in talent-rich area codes should have some marginal-to-significant advantage over high-major rivals that can’t wade into a deep neighborhood pool. Pursuing a recruit aggressively is easier when a coach can just start his car and drive to a nearby high school. Some athletes prefer playing close to home, too, where friends and family can get to games without hassle.

And yet! The country’s best basketball city is a certifiable NCAA wasteland, and it has been for a while. In the past decade and a half, the Michigan State Spartans have played in more NCAA tournament games than every single Illinois-based program combined. A few hoopers skip down to Champaign periodically, but many of the best players from Chicagoland (and Peoria and Springfield) are using their notable leaping ability to hop right over the state border. And the two schools who’ve suffered most from this exodus, universities mere miles from all the action, haven’t successfully plugged the leak. 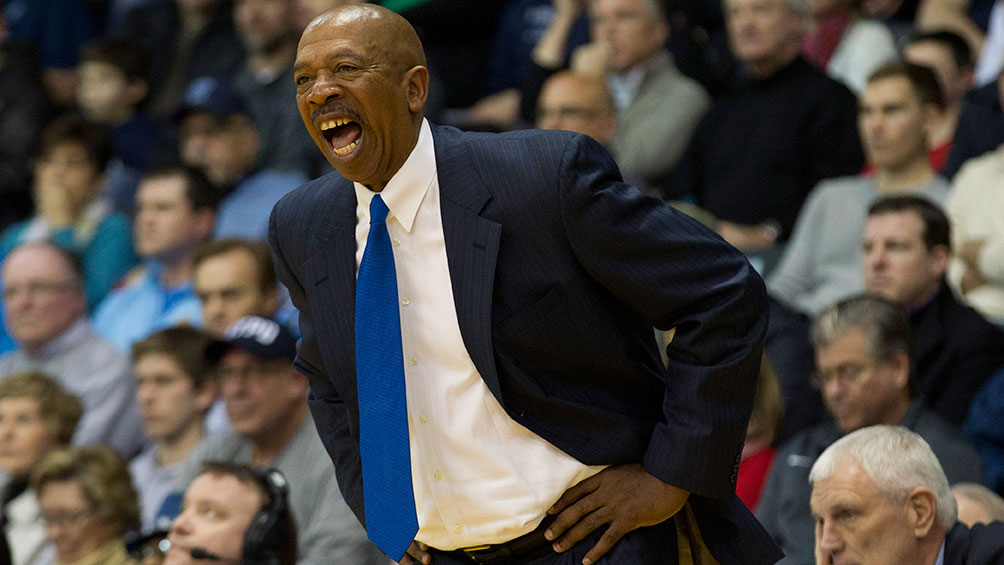 Northwestern has finished third or better in the Big Ten exactly twice since World War II, in 1959 and 1960. As anyone who has ever watched a Wildcats broadcast knows, the university has never qualified for the sport’s preeminent postseason tournament. (The Cubs even win the division from time to time.) Other colleges — Duke, Stanford, Georgetown — have shown it’s possible to compete against the best without tossing aside rigorous academic standards. But between 1993 and 2013, center Evan Eschmeyer was the only top-75 recruit Northwestern signed. The major issue is one of marketing and imagination; in a crowded marketplace, Princeton-trained Bill Carmody and the coaches who preceded him in Evanston failed to articulate how Northwestern would distinguish itself. Besides the promise of a fancy degree, was there really an animating reason for a Chicagoan to enroll? A fondness for back cuts? For the color purple? The lakeside school’s competitive advantage was never made clear.

A few miles south, the problem is less about personnel or history and more about structure. If prospects know anything about DePaul these days, it’s the inconvenient location of Allstate Arena (a 30-minute drive from campus, at best) and the underwhelming home-court advantage the gym provides. They certainly don’t think about DePaul’s glory days, stretches in the 1940s or the late 1970s and early 1980s when the Blue Demons could beat anyone, anytime, anywhere. That rich tradition of George Mikan and Mark Aguirre and Coach Meyer is a fading memory. “Kids want to see: Where am I going to practice? What’s my locker room look like? Where do we play? How many people do we play in front of? What’s our exposure?” Biancardi says. “The Big East has exposure, no question about it. But in facilities, DePaul is in a rough situation.”

DePaul hasn’t registered a winning season in eight years, and it has claimed one lone NCAA tournament victory in a quarter-century. In Big East play (through January 11), Purnell’s record is 12-64, which includes three unexpected wins to start 2015. For years, the school has landed on just about every college-bound Illinoisan’s long list, but rarely the short list. Purnell, who made a career of healing wounded programs, whipping into shape also-rans like Old Dominion, Dayton, and Clemson, started 13 different players at least once last season. His team in 2015 loves to get out and run, but they’re one of the worst defensive units in the country, particularly in transition. He’s still employed, in part, because his bosses likely realize how rotten a hand they’ve dealt him.

Purnell’s hire didn’t sit well with the city’s provincial coaches and grassroots handlers; they viewed him as an outsider, which he was. But he has worked to repair those relationships and, specifically, his reputation in the Chicago Public League. Eight current players on DePaul’s roster now hail from the Chicago area, including starters Myke Henry (an Orr product and University of Illinois transfer), Tommy Hamilton IV (Whitney Young, with a one-year stop at the IMG Academy in Florida), and point guard Billy Garrett Jr. (Morgan Park). The latter isn’t a Parker or Rose type, the big fish who could change DePaul’s trajectory on his own, but he’s a great catch nonetheless; the reigning Big East Rookie of the Year has size and floor vision, gets to the line a ton, and makes 85 percent of his free throws. (He also has two more seasons of eligibility, should he decide to use them.) In their first three conference games, the Blue Demons made 26 of 61 3-pointers, while Garrett logged 17 assists against just seven turnovers. Those shooting numbers — and their momentum — will regress as the Big East season chugs along. A first-class arena and practice facility downtown, they say, is also on the way. It would seat 10,000 people if and when completed — maybe in 2017 — and would cost taxpayers a figure that grows by the day. 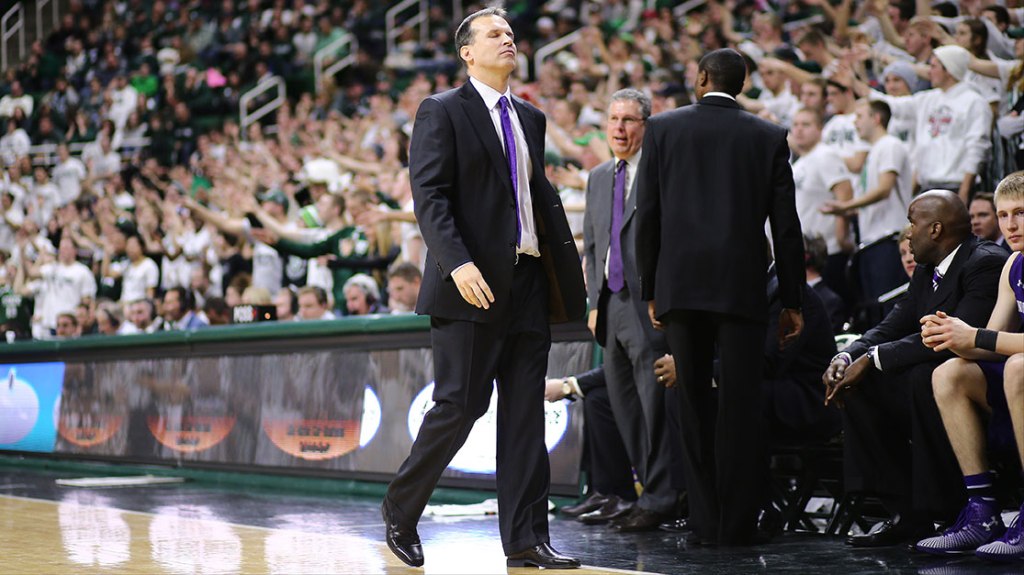 This past offseason, Northwestern’s athletic department spruced up its own building, installing new scoreboards and a fresh floor as part of a multimillion-dollar renovation. Second-year man Chris Collins is trying to construct a 21st-century roster to match. A longtime Duke assistant and North Shore native, Doug’s son wants to play fast and free in the future — they’ve ditched the Princeton system — and attract skilled players from high schools that, in Biancardi’s words, “have the academics that Northwestern requires.” Right now, they’re one of the youngest teams in the nation,1 a group that has to steal games by grinding opponents down in the half court. They’ve won every contest in which they were favored and lost every one in which they weren’t. “We got to get old,” Collins says, reflecting on the barrage of Wisconsin triples that buried his boys early in the first half. “We’ve got to get old and experienced.”

Collins, by all accounts, is the right man for the job. Three months in, he inked his first major target, Vic Law, a top-100 combo forward from the south suburbs who isn’t a good shooter yet but is rangy and can guard the hell out of you. The staff has since added a few more interesting pieces to the mix as they’ve gone along. On the sideline, Collins hops around optimistically on the balls of his feet, clapping like he can change the outcome of a play through sheer noise and will. It’ll take time, hard work, and luck — you don’t reverse 60 years of misery overnight, especially in the Big Ten — but his energy and frankness are refreshing. “This is a process for us,” he says. “I knew what I signed up for. We all knew what we signed up for.”

Sitting in the media room late that Sunday night, a mural of the Chicago skyline painted on the far wall, I was reminded of something else I saw during my weekend basketball expedition. It was a scoreboard video, voiced by Collins and chock-full of sweeping, gratuitous Willis Tower shots. “Chicago is my hometown,” the coach told the Wildcat faithful. “We are working hard every day to make this a program Chicago can be proud of.” The afternoon before, DePaul had aired a promo montage just like it.

Adam Doster (@adam_doster) is a freelance writer based in Chicago. His work about sports and sporting culture has appeared in Sports Illustrated,The Atlantic, and ESPN The Magazine, among other publications.