Back when I was teaching at Michigan State, I met Morris Thomas, a fellow professor in the geography department. Morris remains one of the most popular professors on campus in East Lansing, but he also possesses one of the best collections of Detroit Pistons photographs known to man.

In 1982, Morris got the gig as the official photographer for Isiah Thomas’s (no relation) summertime basketball camp in Lansing. He got along with Isiah, and asked him if he could take some photos at Pistons games. Isiah obliged, and Morris found himself credentialed as a photographer. He took thousands of photos from underneath the baskets at the Silverdome and the Palace from 1982 to 1994, including many at the height of the Bad Boys era.

When I found out we were doing Detroit Week at Grantland, I knew I needed to reach out to Morris and get him to share some of his photos and commentary. 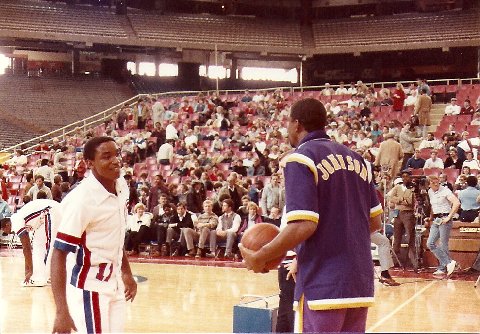 “When Magic [Johnson] would come back for Pistons games, it was big time. A lot of people from Lansing would rush down there; he was already friendly with Isiah, so it was a big deal.” 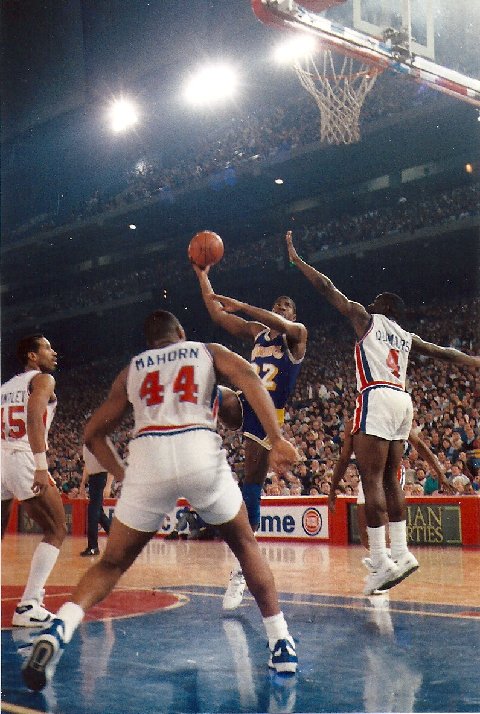 “I remember watching Earvin in high school. He used to come to the playground around my house in Lansing. I met him when he was a junior. When I went to see him back then, he was skinny and so tall, but could really dribble and pass. He made the assist cool, and all of the kids on the playgrounds in Lansing started trying to get assists.” 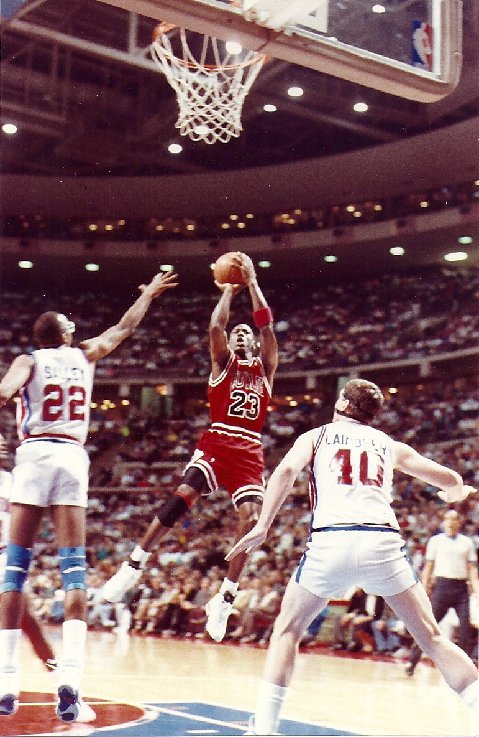 “His second year in the league, I went into the locker room. I heard he was a geography major at North Carolina. I told him I was a geography professor, and the first thing he said was, ‘How many counties have you been to?’ I said, ‘I have no idea.’ Michael Jordan is still probably the richest geography major in the world.” 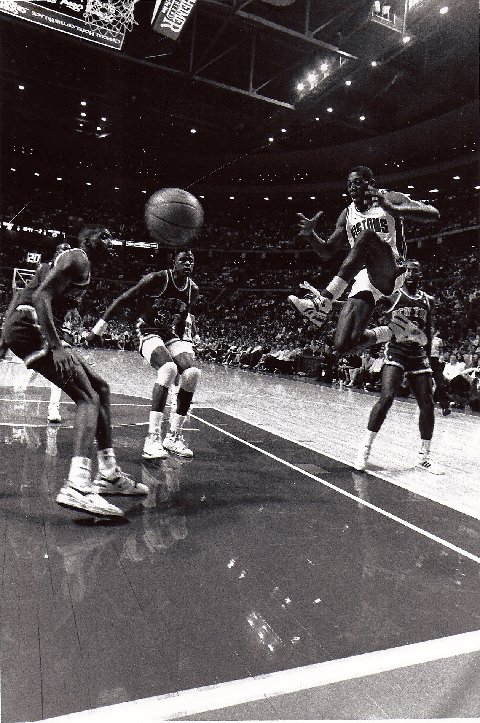 “This is one of my favorite shots. I used to shoot in black and white sometimes. I was just very lucky that I got that one. [Dennis Rodman] was high energy. He wasn’t concerned at all about shooting. He was obviously obsessed with rebounding and defense.” 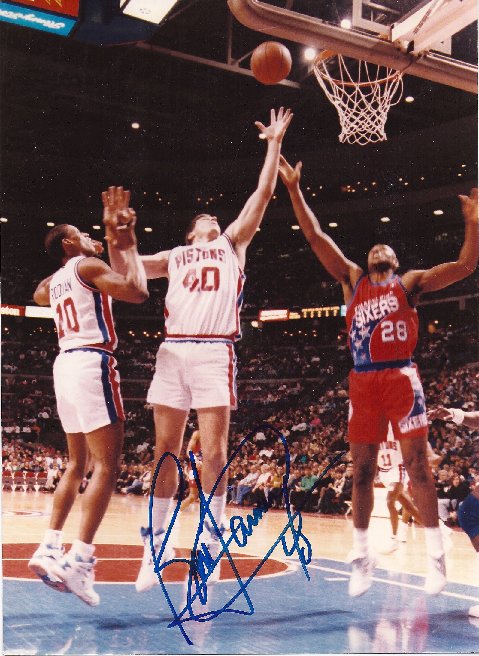 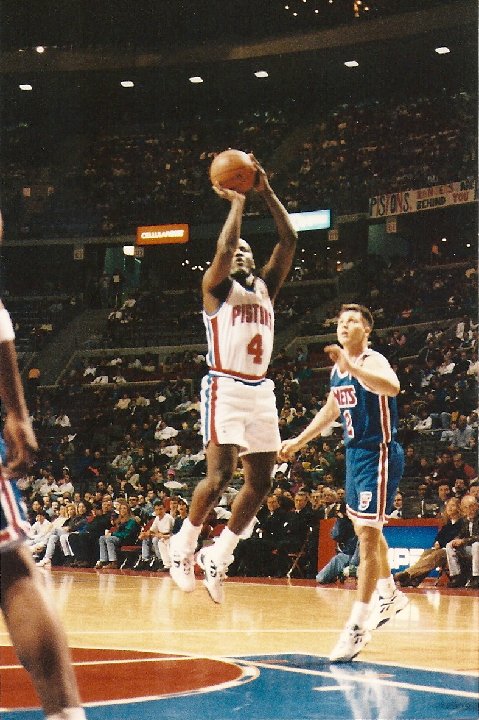 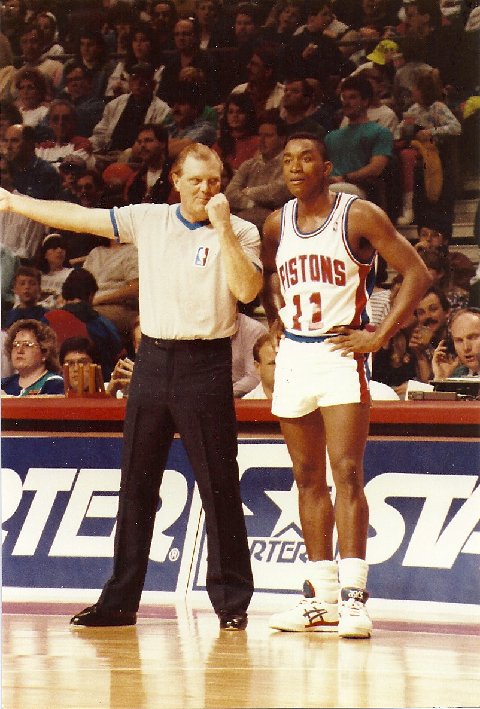 “I was under the basket, listening to the refs and players. One time Isiah was taking the ball out, late in a really tight game. He looked at the ref and said, ‘Now, don’t fuck this up.'” 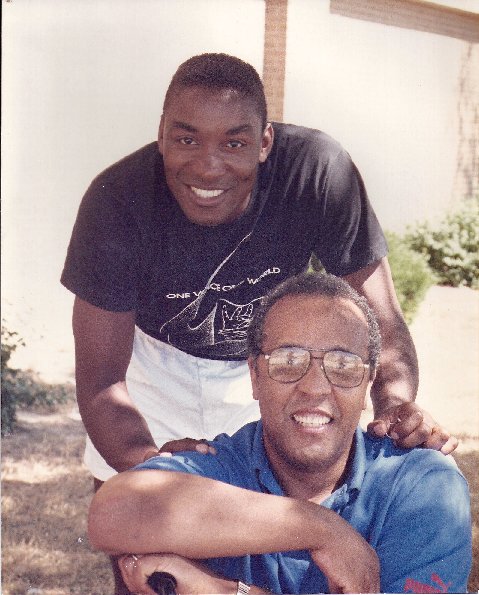