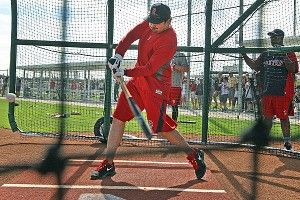 It’s the annual “Matthew Berry Comes On the B.S. Report Two Weekends Before Opening Day and Breaks Down Every Possible Fantasy Sleeper, Keeper, Creeper, Overrated/Underrated Guy and Breakout Guy While Also Defending Kobe Bryant Against Bill’s Repeated Personal Attacks As Bill Tries to Avoid Tipping Off Anyone in His League of Dorks to Anyone He Actually Likes for Their Auction and Also Tries Not to Talk About His AL Keeper League” podcast! We need to work on a better title.