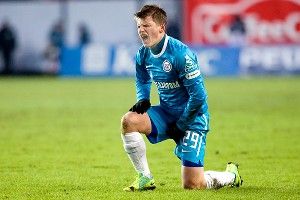 Andrei Arshavin might have taken his brilliant-passing/non-hustling talents back to Mother Russia, but that didn’t make him any less amusing.

Back in 2009, the magic-passing/non-hustling playmaker gave a misguided if hilarious interview in which he said the following: “If I had it in my power to introduce a ban on women driving cars and to withdraw all their licences, I would do it without thinking twice.”

The universe being the place it is, Arshavin was involved in a fender-bender Thursday. Nobody was hurt and nothing was damaged other than Arshavin’s ego and a bumper.

Hat tip to Jamie Sanderson over at YoungGunsBlog for pointing this out. Here’s a video of Arshavin’s 20 best goals for Arsenal. Drive safe, people.