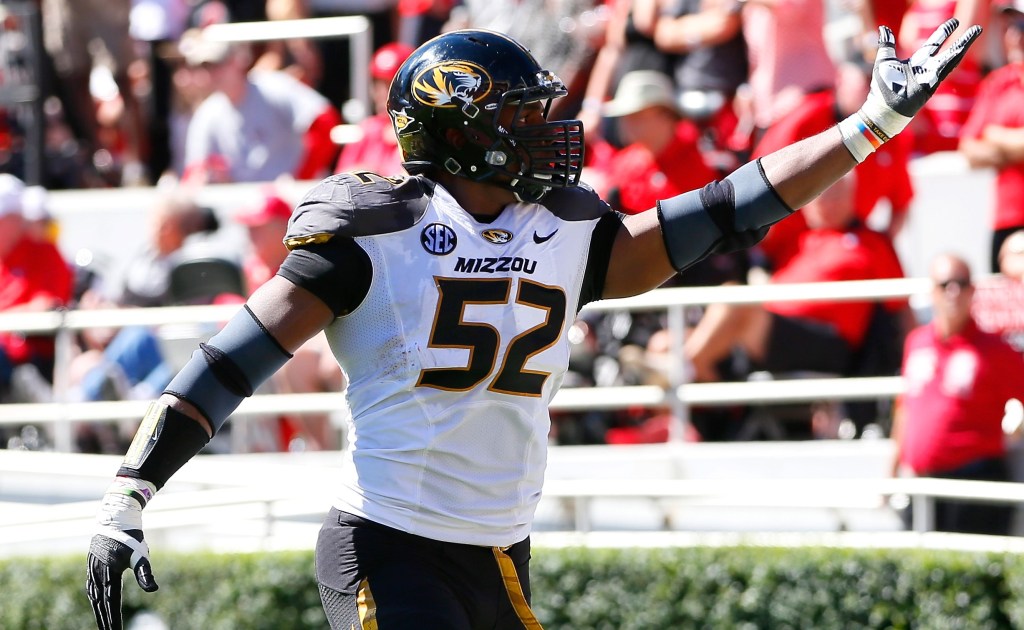 In case you were busy remembering that pitchers and catchers reporting still leaves two brutal months before real baseball returns, here’s what you missed in sports last weekend:

• Missouri defensive end and SEC Defensive Player of the Year Michael Sam came out on Sunday, and will likely become the first openly gay NFL player in league history after this year’s draft. This is another big step forward for gay civil rights in American sports, and if you are going to make a comment to the effect of “why are we even talking about this?” notice the word “first” in the previous sentence, and then please, please don’t.

• In less encouraging news, Oklahoma State guard Marcus Smart faces a three-game suspension after an altercation with a Texas Tech fan at the end of his team’s 65-61 loss. Was the incident racially charged? Was Marcus Smart in the right? Was the suspension too heavy, even if he wasn’t? How the hell did Metta World Peace become a voice of reason? I don’t know the answer to any of those questions. All I do know is that we did it, sports! A story that’s a lose-lose-lose-lose from all angles! Rock bottom! Ka-plop! Missed high fives all around!

• America brought home both gold medals in the brand-new slopestyle event as Sage Kotsenburg and Jamie Anderson topped the podium. “What if they made statues of us, like that discus guy?” Kotsenburg asked after watching Anderson match his gold medal. “’Cause like, slopestyle champs are the new Greek gods. But like, instead of just making it out of marble, you made it spin around. You know, ’cause we spin around.” Kotsenburg’s eyes then got really big and he added, “Oh, shit. That discus guy probably wanted to spin around too! Brah. Brah. What if I’m the discus guy? From the statue? In the past! Whoa! Whoa! I’m a time traveler! That is epic. That is totally epic.”

• In a battle of two of the NBA’s top scorers, only Kevin “Muffins” Durant showed up, dropping 41 points to Carmelo Anthony’s 15 as Oklahoma City beat the New York Knicks, 112-100. A boy and his father watched the game from their apartment in Queens. The boy even coaxed a smile from his father before the game when he suggested that even if their Knicks lost, the boy’s hero, Carmelo Anthony, would make him proud. The father liked the idea of his son feeling pride for a moment. But as the clock drained away, and Anthony had made little impact on the game, the man and the boy sat still. After a moment, the boy looked up at his father, and the father saw in the boy’s eyes that words were needed. “Games begin and games end,” the father said, “but the Knicks just always are.” The boy nodded and asked his father, “So is that why you never smile before the games?” The father turned away and in a rare moment of mercy said, “Sure, son. It’s the Knicks. It’s just the Knicks.”

• Syracuse moved to 23-0 as it shut down Clemson, 57-44, in the teams’ first ever ACC conference matchup. “That defense they were running?” asked Clemson basketball head coach Brad Brownell after the game. “Holy smokes in a smokehouse, what was that?” When told it was Syracuse’s 2-3 zone, Brownell said, “Well smack my gob and call me Nelly because who would have ever guessed that Syracuse wouldn’t even care about manning up our guys at all! Twenty-three zone, eh? Never even heard of it. Well, that’s what happens when you let new teams into your conference! Surprises abound!”

• Chris Paul returned to action as the Los Angels Clippers demolished Philadelphia, 123-78, in the second half of a Staples Center doubleheader that saw the Lakers lose Steve Nash to injury before falling to the Chicago Bulls, 92-86, earlier in the day. “Quite a reversal of fortune for the franchises of the City of Angels, eh?” bedraggled Lakers executive vice-president Jim Buss said after the game. “That’ll teach me to piss in the same fountain as Donny Sterling in the middle of an electrical storm.” Buss then paused, unbuttoned the fourth button on his Hawaiian shirt, and added, “Eh, I probably shouldn’t have needed to learn that lesson in the first place. Que sera, hombre.”

• Led by veteran Evgeni Plushenko, Russia grabbed its first gold medal of the Sochi Olympics, beating out Canada and the United States in team figure skating. This was the first team figure skating medal awarded since the ill-fated 1952 Oslo Games, where the event involved the nation’s top female, male, pair, and ice dancing teams all taking the ice at the same time. While exhilarating, the event turned tragic when Norwegian pairs duo Per Kristofferson and Marit Tovesson collided with ice dancers Kristoff Perstoffersson and Tova Maritesson, briefly creating a quartet of synced-up skaters. While the foursome accomplished a bevy of unprecedented maneuvers including the quad-double axel and quizzle-twizzle, the group proved to be a deeply unstable mass. And as the four skaters crashed into legendary Norwegian female skater Tovakrit Maritoffersson, the carnage was total; so many toe loops and twizzles. Now a mass of five Norwegians moving as one, only Mathiaskrit Torvakrostfferson was left, skating his individual program. However, his independence was short-lived. The mass consumed him whole, and the twizzles and Salchows were too much for their bodies to stand. After all six skaters pulled a combination as one, a hole in the fabric of space-time was ripped open. None of the skaters were ever seen again. Norway continues to struggle to rebuild its skating program since the tragedy, and the team skating event was retired until last year, when someone realized it could be contested with the competitors taking the ice separately.