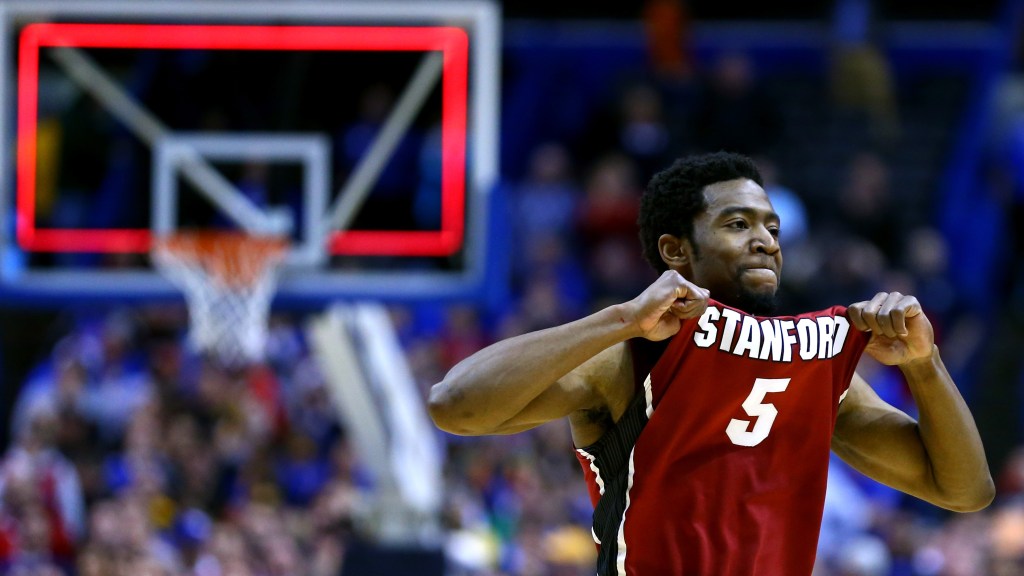 In oh my, there were some great college basketball games:

Upsets! Comebacks! Buzzer-beating shots! It’s tourney time, ladies and gentlemen! So let’s decide which was the game of the weekend. Was it Kentucky’s 78-76 win over Wichita State? It was? Good! Glad we figured that out. Are we sure it wasn’t Mercer’s upset of Duke? No, we’re sure. Definitely that Kentucky game. Not Stanford over Kansas? Nope! Still that Wichita State game. Hmm, but what about Iowa State? Definitely not! Or Dayton … NOPE! St. Louis … NOT! THAT’S STUPID. IT’S KENTUCKY BEATING WICHITA STATE. THAT WAS OBJECTIVELY THE BEST GAME. STOP DEBATING IT. IT HAD EVERYTHING. STOP PROPOSING ALTERNATIVES. THERE CAN ONLY BE ONE BEST GAME. AND IT WAS KENTUCKY’S 78-76 WIN OVER WICHITA STATE. IT WAS SO GOOD. OBJECTIVELY SUPERIOR. STOP DISRESPECTING ITS EXCELLENCE. Although I guess that Stephen F. Austin game was pretty good too. NOT AS GOOD THOUGH.

While Rick Barnes failed to make the Sweet 16 when his Texas Longhorns fell 79-65 to Michigan, on a scale from 1 to Rick Barnes did not make the Sweet 16 with Kevin Durant, this Longhorns’ loss fails to register. In all fairness to Barnes, this season was a solid rebound year for a Texas program that achieved results in line with the talent on hand. That said, a number of other coaching performances did earn a place on this hallowed chart. Travis Ford’s failure to win a tournament game with Marcus Smart over two years after Oklahoma State lost to a middling Gonzaga team ranks eight “Crying Adam Morrisons.” Coach K and Duke’s inability to win a tournament game with Jabari Parker ranks six “William Averys Going Pro.” And finally, Bill Self’s inability to make the Sweet 16 with Andrew Wiggins ranks a solid nine “I know Joel Embiid was hurt, and we have to wait to see if Wiggins becomes Durant-esque or Rudy Gay 2.0, but you’re on Rick Barnes watch, Bill Self.”

In oh my, there was some baseball played in weird places:

Clayton Kershaw showed no signs of slowing down, winning the first game of the MLB season as the Los Angeles Dodgers swept the Arizona Diamondbacks in a two-game series in Australia. That said, Kershaw did have to adjust to the southern hemisphere’s Coriolis effect, which caused his curveball to break upward.

In oh my, there was some great Spanish soccer:

In what proved to be a particularly classic Classico, the stellar play of Angel di Maria and Karim Benzema weren’t enough as Leo Messi’s hat trick and Sergio Ramos’s red card gave Barcelona a 4-3 win over Real Madrid. “But he looks so terrible in his underwear!” a furious Cristiano Ronaldo was heard to say of Messi after the game. “It just isn’t fair! I bet he still writes his name in his boxers. Right? Doesn’t it look like that’s true?” When asked if that was true, Messi, arguably the world’s most skilled athlete, replied, “Well, yeah, but that’s just how I keep from mixing it up with other peoples’. It’s not like I do it to remember my name. My name is Leo. I don’t need to check my underwear to remember that.” After a brief pause, Messi added, “No, really, I don’t.”

In oh my, some former tournament superstars are turning into excellent pros:

Anthony Davis outdueled a hobbled LeBron James, scoring 30 points as the New Orleans Pelicans beat the Miami Heat 105-95. So, let’s remember what Davis did when playing against children by watching this Kentucky Wildcats highlight reel partly set to the Spider-Man theme song:

Seriously, Spider-Man was never going to stick as a nickname.