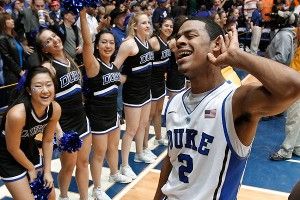 In case you were out getting back what’s rightfully yours, here’s what you missed in sports this weekend.