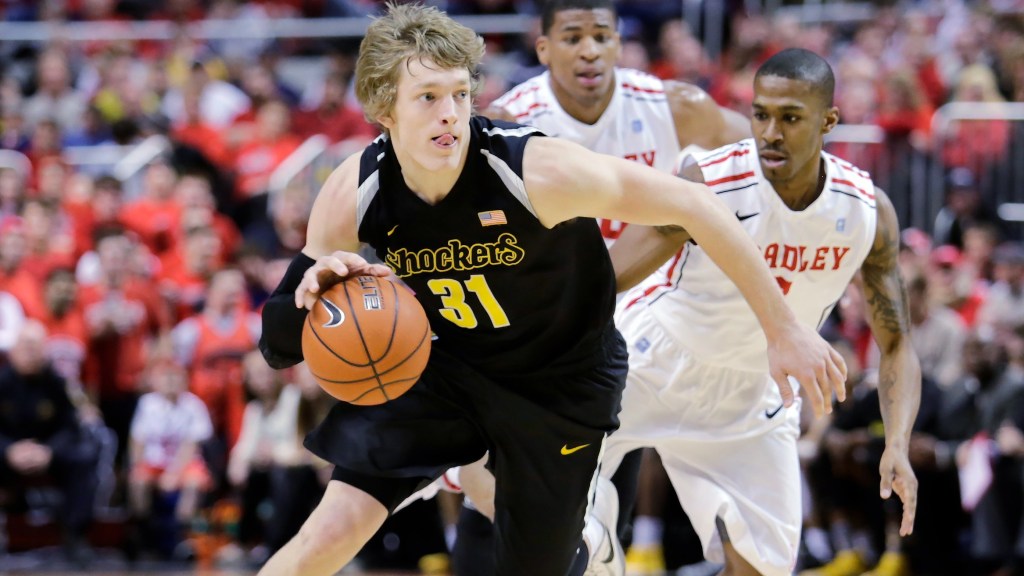 In case you were busy picking a brutally ill-advised fight with a former NFL tight end, here’s what you missed in sports on Tuesday:

• Wichita State became the first Division I men’s college basketball team to amass a 30-0 regular-season record with a 69-49 win over Bradley. “Call me a sore loser, but I don’t think this matchup is indicative of Wichita State’s quality,” said former Knicks legend and U.S. Senator Bill Bradley, who was overwhelmed by Wichita State’s ability to quintuple-team him on every possession. “At least give me Shawn Bradley, too, so we can make a game of it. Also, chrissakes, I scored 49 points! Why aren’t people talking about that?”

• James Harden had 43 points in three quarters as the Houston Rockets easily dispatched the Sacramento Kings, 129-103, at Sleep Train Arena. “Man, imagine if I had played the whole game,” Harden said afterward, with a wistful look in his eye. “Boom, open the fourth with a 3. Then another 3. Then a steal, and I run the court and bam! Slam dunk. Then I do a sick crossover dribble, and everyone is chanting, ‘James, James, James.’ But suddenly, all the attention on me starts to ruffle some feathers. Chandler Parsons comes up to warn me that a conspiracy is afoot, and I’m to be taken down a peg, but I don’t listen. Hubris. Then, DeMarcus Cousins walks right up to me and pushes me in the chest. And I go tumbling. But why? Because someone was crouched behind me, and as I reach out to break my fall, my wrist shatters in three places. I’m out for the rest of the regular season. But who was crouched behind me? And I look: Dwight Howard. And then he farts, and yells, ‘Dwipeout!’ and it tears our team asunder.” Harden then took a moment to consider, before saying, “Man, that actually would have been totally worth it.”

• Paul George and the Indiana Pacers used a big third quarter to pull away from the Los Angeles Lakers en route to a comfortable 118-98 win. The lone silver lining for the Lakers was the continued success of new acquisition Kent Bazemore, who with another career high in points is staking a claim as the incredibly poor man’s Nick Van Exel in an incredibly poor man’s version of the incredibly mediocre 1993-94 Lakers squad.

• Overcoming a late goal from Alexander Semin, the Buffalo Sabres netted a winner in the final minute to top Carolina, 3-2. “Well, Semin’s got a great wrister, so I’m glad he only shot one past me,” said Sabres goalie Ryan Miller after the game. “Yep. I mean, Semin’s producing high-quality wristers left and right. And it creates sticky situations for me as a keeper. I mean, when we’re on the ice, my mind is constantly focused on Semin wristers.” Asked why he was belaboring the point, Miller replied, “Semin. Wrister.”

• Manchester United’s horror season continued with a 2-0 loss at Olympiakos in Champions League play. “This is just a test from the god Hephaestus,” said Wayne Rooney, as he taped wings on a pony after the game. “Everyone knows Greece is just a place where you get tried. And back in Old Trafford, we won’t have these problems. Now fly my steed, fly!” Rooney then struck his pony, who reacted by surging forward and biting fullback Chris Smalling on the shoulder. Rooney shrugged and said with a laugh, “Well, at least I have a name for this pony now: Luis.”

• After being held to only 19 points in the first half, the Wisconsin Badgers surged back in the second to beat Indiana, 69-58. The 50 points were directly attributable to Wisconsin head coach Bo Ryan temporarily lifting his “Run a lap for every point you score” policy, which he’d implemented to deter what he considered to be the offensively high-scoring contests other Big Ten teams participate in.

• Cowboys owner and general manager Jerry Jones blamed himself for Tony Romo’s lack of rings during his tenure as Dallas’s quarterback. “Is this a trick?” a snacking Romo asked when told of Jones’s comments. “Because I’m not touching that shit with a 1,000-foot pole.” Romo then appeared stricken and added, “Wait, don’t say I said that. I’m not even here,” before throwing his apple turnover at the reporter and sprinting in the opposite direction.