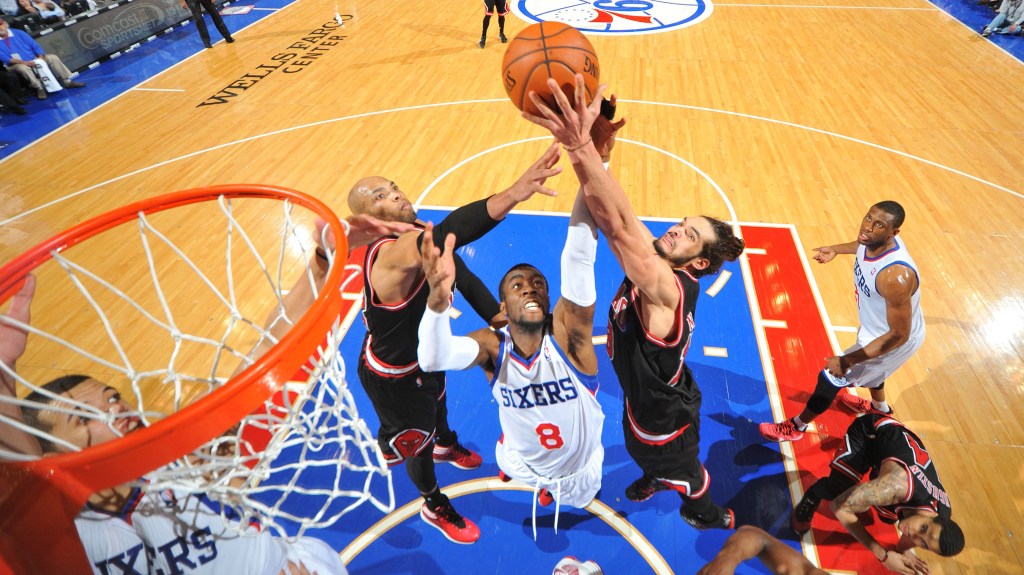 In case you were busy putting out milk and cookies and hoping that Tom Izzo put you on his nice list, here are the five biggest stories you missed in sports on Wednesday:

In when is the tournament starting? Fine, I’ll watch more NBA basketball:

The Philadelphia 76ers put some more brushstrokes on their tanking masterpiece with a 102-94 loss to the Chicago Bulls, while the struggling Lakers faded late as the San Antonio Spurs left Staples Center with a 125-109 win, their 11th straight. Gregg Popovich was visibly concerned with his team’s performance after the game, saying, “Man, I hate this time of year. I was only able to get two DNP-CDs and one of them was Matt Bonner.” Popovich shook his head and muttered angrily, “I didn’t get this far to watch my team play basketball together,” before asking hopefully, “Manu didn’t say he was sore, did he?”

Phil Jackson took in his first game as president of the Knicks and had to have liked what he saw: a 92-86 win over Indiana at Madison Square Garden. The Knicks now have seven wins in a row, and spirits in a small apartment in Queens were bright at tipoff. A father and his son were watching their beloved Knicks dispatch the Pacers, silently reveling in their team’s success. With three minutes left in the third quarter, the silence was broken as the landline rung. The father and son did not pick it up, lest they somehow affect the on-court proceedings. But then the phone rang again, and the father gestured to the boy to go answer it. He did so, as both braced for the worst. Who would call twice? The son put the phone’s earpiece to his ear and said hello. There was no response. He said hello again. Again, nothing. He shrugged at his father, and went to hang up the phone. But just before he did, he heard a woman’s voice whisper, “son?” And as tears streamed down the boy’s cheeks, Phil Jackson stood at Madison Square Garden to take in an extended standing ovation. Maybe everything will be OK. Maybe. Maybe.

In when is the tournament starting? Wait, it already started???

Tennessee and 14-19 Cal Poly won the last two “First Four” games, meaning there’s no more dillydallying: It’s tournament time! And if your bracket looks like mine, then you have Pittsburgh in the finals! This is its year, guys. I know, I know, but I can just feel it.

In what qualifies as “the tournament” for most of the world:

Robin van Persie’s hat trick likely saved David Moyes’s job as Manchester United came from behind to beat Olympiakos, 3-2 on aggregate, to advance to the Champions League quarterfinals. United’s win and stunning reversal of form happened to coincide with the reintroduction of ageless demon Ryan Giggs to the lineup. When asked what caused him to start Giggs in his most critical match as United manager, Moyes said, “Alex Ferguson kept telling me to ‘start the Highlander,’ and I thought he was taking the piss. But then he made it clear our squad has a literal Highlander on it. So everything is falling back into place.”

Despite losing forward Patrick Kane to a lower body injury, the Chicago Blackhawks sent a message to the St. Louis Blues with a 4-0 win. That message: “Don’t think just because you’re winning our division that you’re going to roll us in the playoffs this year. Won’t happen. Well I guess it could happen, but only if you take out Patrick Kane. Wait, you did what? Really? While we were writing this message? Oh, eff you, St. Louis.”