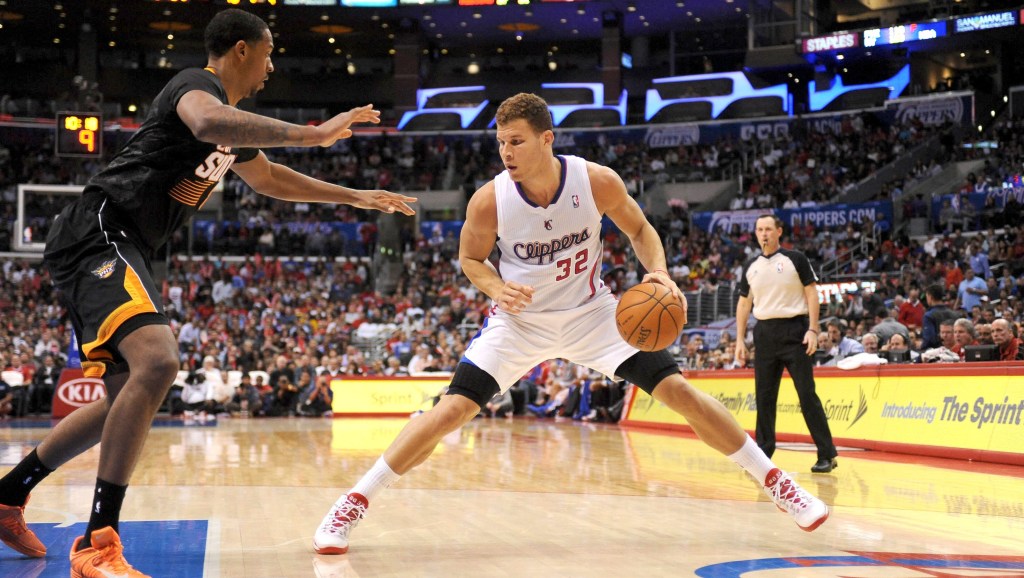 In case you were busy going wild celebrating the Heat’s playoff-clinching win, here are the six biggest stories you missed in sports on Monday:

Blake Griffin had an eventful evening, scoring 37 points on 14-16 shooting from the field before getting himself punched in the neck as the Los Angeles Clippers grabbed their eighth straight win, 112-105 over the Phoenix Suns. “Man, why does no one like my neck?” asked a bewildered Griffin after the game, as his disgusting neck veins throbbed unlikably. Griffin then asked, “You guys would tell me if I had a weirdly punchable neck, right?” But the assembled media were too busy suppressing the urge to punch Griffin in his incredibly punchable neck to give the Clippers superstar a straight answer.

William & Mary was denied its first-ever NCAA Tournament berth, as the Delaware Blue Hens grabbed the CAA championship 75-74. The win gave Delaware its first tournament berth in 15 years and led to an invitation from an anonymous “Joey B in D.C.” to what he called “a totally sweet Jacuzzi slash gazebo partay.” The invitation also said, “P.S. I can’t promise Barry and Shelly will roll by, but it’s gonna be a pretty sweet kickback, and I’ve been telling those two they gotta crush it Delaware-styles with me at some point. ’Cause there ain’t no party like a Delaware party, ’cause a Delaware party is probably the only party happening in the state so pretty much everyone will be there. P.P.S. In case it isn’t clear, this is Joe Biden, so you better bring some chicks.”

Free agent defensive end Michael Bennett decided to re-sign with the Seattle Seahawks, as the team positions itself for another season as a Super Bowl favorite. Bennett accepted less money than he was offered by other teams, citing the bond he shares with his teammates and, as Bennett put it, “the lack of an NBA team that would bring Blake Griffin’s punchable neck up to Seattle. God, I just want to punch that neck so badly. What is wrong with me? I’m normally a peaceful dude. There’s just something about that damn neck.”

Sidney Crosby and Alex Ovechkin battled to a familiar endpoint, as Crosby’s Penguins beat the Capitals 3-2. It was the Penguins’ seventh consecutive win over Washington, proving my long-standing theory that our nation’s greatest enemy lies in Antarctica, and that sanctions against the Antarctic menace must be put in place before the worst happens.

Finally, in not at all funny news, Dallas Stars center Rich Peverley collapsed during his team’s game against the Columbus Blue Jackets. Fortunately, Peverley, who had previously been diagnosed with a heart condition, is expected to fully recover. That said, it was a scary situation reminiscent of a number of other incidents, most recently Bolton’s Fabrice Muamba’s career-ending heart attack in 2012. Athletes accept a modicum of risk every time they step onto the field or skate out onto the ice, and we as fans do as well. However, internal medical issues like heart conditions or concussions exist outside of those parameters; they’re invisible, and the consequences are terrifyingly severe. Again, thankfully, in this case it seems the worst will be avoided, and we send all our best wishes to Peverley as he recovers.