The Toronto Raptors were recently fined $25,000 (27,360 Canadian dollars) after their global brand ambassador, the rapper Drake, lobbied for Thunder star and league MVP Kevin Durant to join the team, while performing at a local music festival. This is the first time Drake has been caught in violation of NBA rules. It is not, unfortunately, the first time Drake has used his talents for illicit gain. For at least 14 years, Drake has been intimidating witnesses, manipulating local elections, dealing in prescription drugs, shaming divorcées, and slicing the corneas of star NBA players with exploding flutes of $2,000 champagne. Here is what we know. 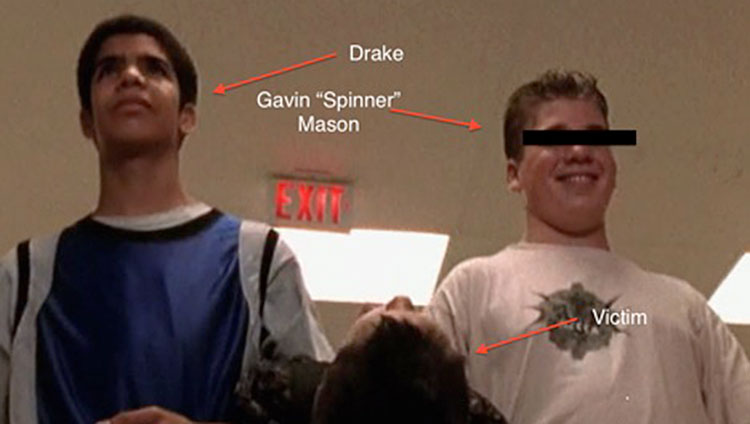 In the midst of what initially seemed to be a walk-in-the-park election campaign for the presidency of the Degrassi student council, eighth-grader Ashley Kerwin suddenly found herself in a heated race with shock candidate J.T. Yorke.

Her surprise was compounded when it became clear, as if the Kerwin household were the court of the Medici, that her stepbrother, Toby Isaacs, was not only running the insurgent Yorke campaign, but doing so purely out of familial spite. Kerwin, her presidential bid reeling, hired a pair of local thugs to seize Yorke at his locker and drag him bodily through the halls to an equipment room, where Ms. Kerwin was waiting. One of those henchmen was Kerwin’s boyfriend, Jimmy Brooks, a known alias of Aubrey Graham, now better known by his middle name, Drake.

Ms. Kerwin then bribed Yorke an unknown amount of money to drop out of the race, which he did. No one was ever charged. In 2006, Yorke would be stabbed to death, possibly to ensure his silence regarding his role in rigging the election in 2002. 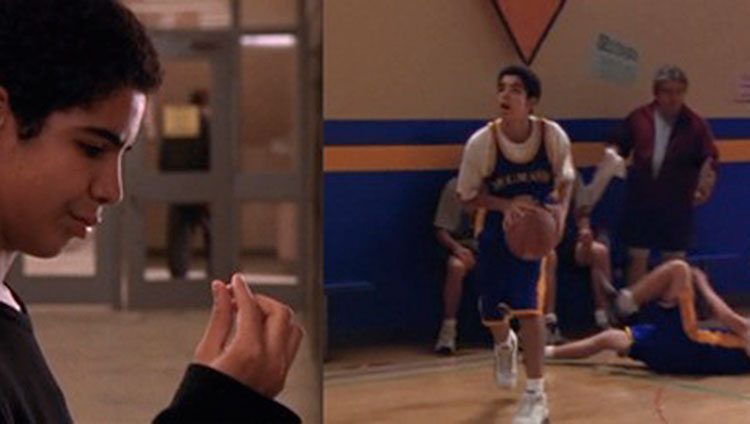 Drake defies his basketball coach during practice and goes in for a layup during a 3-point drill. “Layups are more important than 3s,” Drake was heard saying later on. In danger of being cut from the team, it is now understood that Drake obtained an unknown drug (thought to be methylphenidate, street name “Ritalin”) from an associate. This associate is considered by some law-enforcement sources to be the same person with whom Drake engaged in the aforementioned kidnapping of student council presidential candidate J.T. Yorke.

Drake would play under the influence of Ritalin in a crucial game against Earl Grey. During the game, a visibly addled Drake ignored numerous play calls and later hacked his own teammate for not passing him the ball, causing significant injury to the player’s ankle. After stealing the ball from his teammate, Drake would end up hitting the game-winning shot.

January 2012. It seemed all but certain that Kobe Bryant would have to pay an enormous sum — some $75 million in cash and several California mansions — after his wife, Vanessa, filed for divorce in December of the previous year. Just then, “Stay Schemin’,” a track by faux–drug impresario Rick Ross, hit the Internet like a ton of imaginary Bolivian white. The track featured French Montana and Drake, who would rap the line, “Kobe ’bout to lose a hundred fifty M’s / Kobe my n​​-​-​-​- I hate it had to be him / Bitch you wasn’t with me shooting in the gym.” Less than a year later, Vanessa Bryant withdrew her divorce petition. 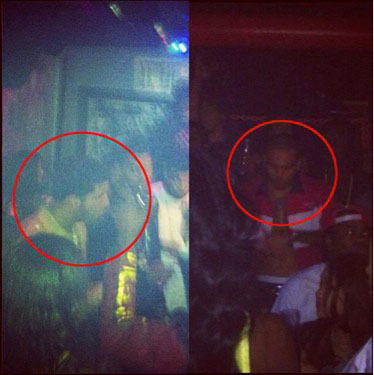 June 2012. A shard of glass from a weaponized carafe of premium spirits nearly blinds Spurs point guard Tony Parker when a fight between the entourages of Drake and Chris Brown explodes at the nightclub WIP in lower Manhattan. Parker nearly lost his eye and was forced to wear a pair of deeply uncool eye goggles in the 2012 Olympics. France was eliminated in the quarterfinals. 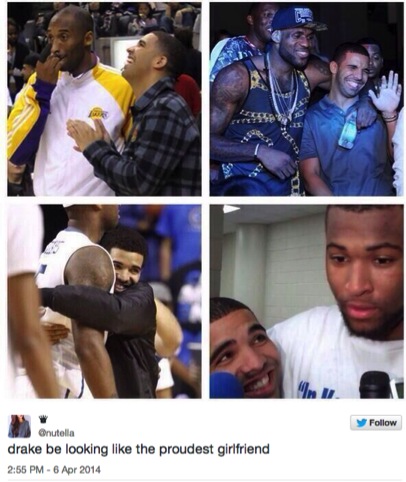 September 2013. Drake is named the Toronto Raptors’ global brand ambassador. Publicly, he’s tasked with overhauling the team’s brand aesthetic for the international sporting market. Privately, it’s alleged Drake would call on his lifelong criminal experience and extensive contacts in the Toronto underworld to funnel talent to the Raptors. 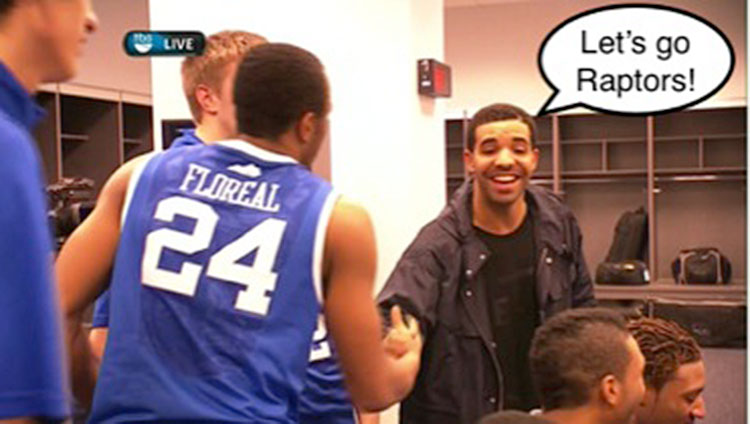 April 2014. In ostentatious defiance of the NBA’s rules concerning contact between representatives of NBA teams and college players, Drake entered the victorious Kentucky locker room after Aaron Harrison’s game winner over Wisconsin sent the Wildcats to the NCAA final. 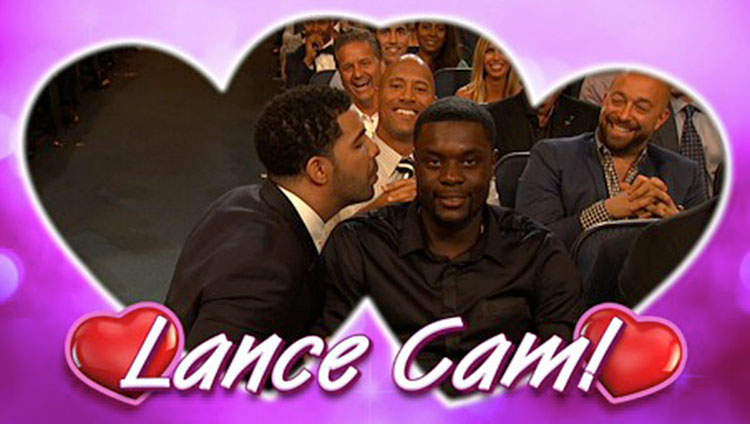 August 2014. While performing at Toronto’s OVO Fest, Drake announced that Oklahoma City Thunder star Kevin Durant was present in the audience. Drake then said, “My brother Kevin Durant was kind enough to come to the show tonight and watch us. I just want him to see what would happen if he came to play in Toronto.” The Raptors would be fined $25,000.