With free agency finally entering the “Jacquizz Rodgers signs a one-year deal” phase, it’s officially draft season. As we now have a year’s worth of hindsight, one of the more enduring questions stemming from the 2014 draft is “How the hell was the 2013 LSU offense not among the best we’ve ever seen?” Six Tigers from that team started games in the NFL as rookies, including Odell Beckham, Jeremy Hill, and Jarvis Landry, who all developed into their team’s best option at their position. Inspired by this group, I decided to dig back through the past 20 years of drafts and find the nine individual college teams that ended up contributing the most professional talent.

Now, we’re not looking at the teams that produced the most draft picks or the most first-rounders, so that’s why you won’t see teams like 2005 USC on this list. And there’s also no requirement for how much playing time these guys had to have on those college teams. If they were around in the locker room, it counts. 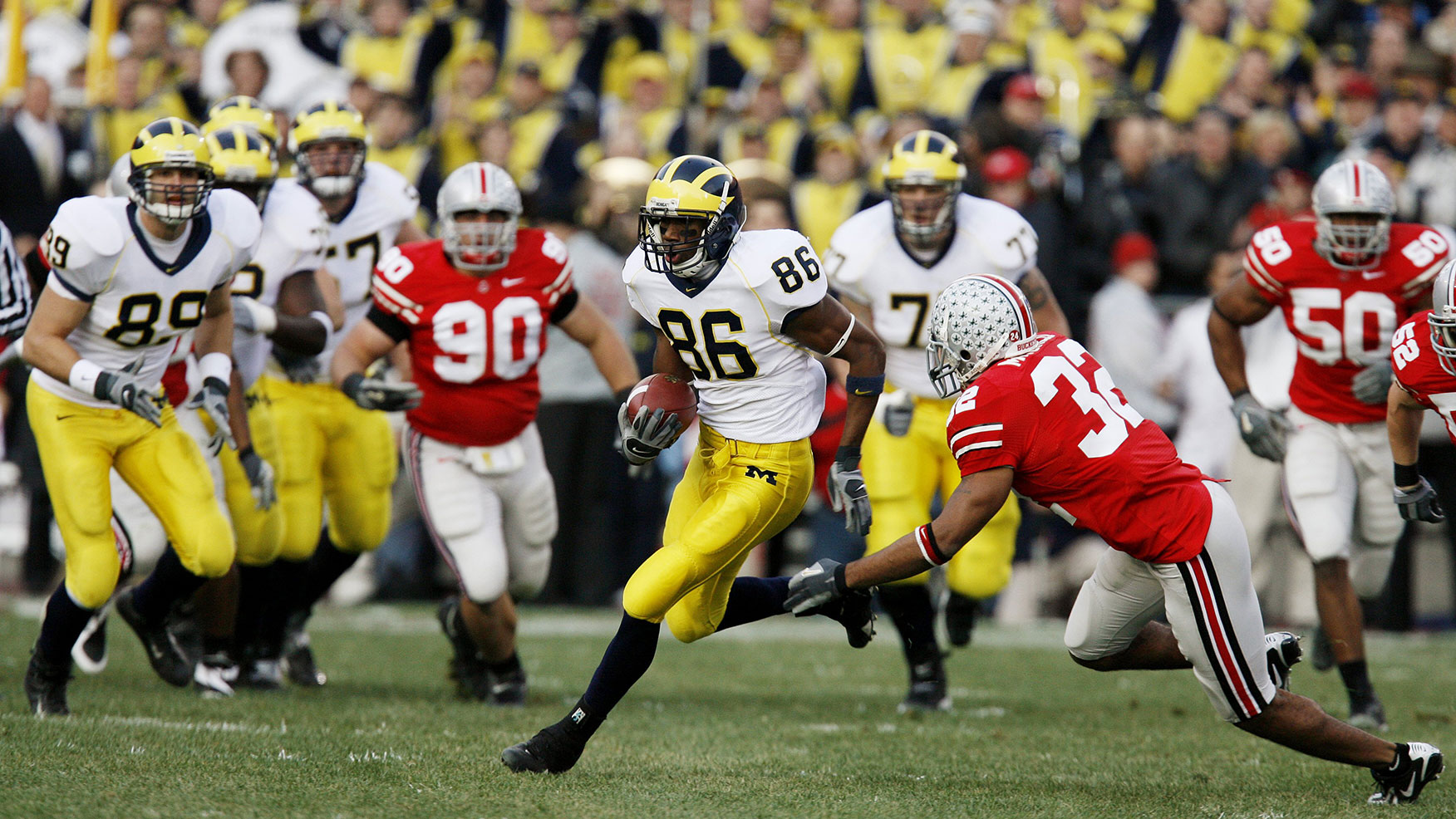 You might remember this as the year that no. 2 Michigan traveled to no. 1 Ohio State to close out the regular season. It meant a great game — which included my favorite TV intro to a game ever, one that has mysteriously vanished from YouTube — but it prevented the Wolverines from playing for the national championship.

This team was fueled by defense, specifically a run defense that allowed 1.9 yards a carry. Compared to the 2005 or 2007 Wolverines, what pushes this group over the top is Brandon Graham and Stevie Brown being around as freshmen. Graham, a former first-round pick, got a healthy extension to stay with the Eagles this offseason, and though injuries have been a real issue for Brown, he’s started 32 games for the Giants over the past three seasons. Injuries are actually a theme for several of the players here: Jake Long was among the best left tackles in football before his spell hit, and Leon Hall lost not one but two seasons to a torn Achilles. Still, that’s a lot of long-standing NFL talent from a single defense.

Count this one among the couple of teams I wasn’t expecting. The thought of Albert Haynesworth and John Henderson — picked six spots apart in the 2002 first round — along the same defensive line is genuinely horrifying. Before Haynesworth stepped in, that D-line spot was manned by Shaun Ellis, who also went in the first round before eventually starting 166 games as a pro. Seven picks before Ellis went Jamal Lewis, who led Tennessee in rushing during that 1999 season. The Vols’ second-leading rusher: Travis Henry, who had three 1,200-yard seasons during his NFL career.

Thanks to a certain quarterback, the 1997 Volunteers produced the most NFL wins of any Tennessee team, but players like Donte Stallworth, Haynesworth, and Henderson give the 1999 squad a slight edge in terms of overall NFL talent. Chad Clifton and Deon Grant were also reliable NFL starters who played a ton of games. 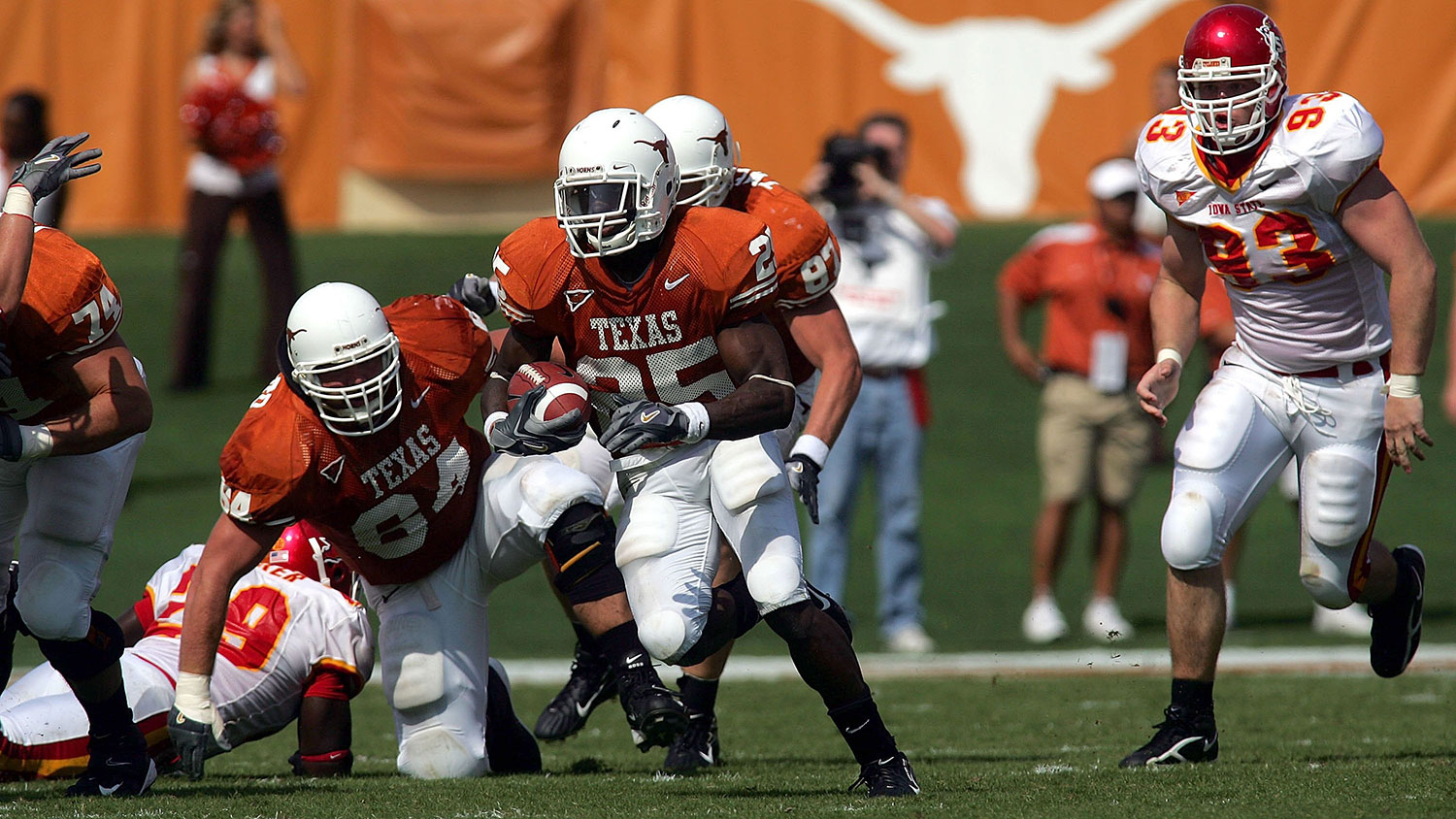 Similar to Tennessee, this Texas team came shortly after the more famous version. There was no Vince Young on the 2006 version of the Longhorns, but both Lamarr Houston and Jermichael Finley were freshmen who just missed out on the Rose Bowl run.

Save for Jamaal Charles, this team probably has fewer stars than most thought it would based on where everyone was drafted, but it’s a group with plenty of productive midround picks still contributing in the league. Injuries have slowed Brian Orakpo, but he still got a nice deal to join the Titans as a free agent this offseason, a year after Houston got good money to come to Chicago. Brian Robison is a solidified starter in Minnesota, and Michael Griffin has been playing 1,000 snaps a year since he arrived in Tennessee.

The 1994 Buckeyes didn’t finish as well as either of John Cooper’s next two teams, but this was the final season with both Korey Stringer and Joey Galloway in Columbus. Galloway, Eddie George, and Terry Glenn make up a pretty good collection of talent on offense, and a line with both Orlando Pace and Korey Stringer isn’t too bad, either.

This team gets an added boost since it is the first one with a shoe-in Hall of Famer in the ranks. Pace didn’t make it on his first try — which is kind of ridiculous — but it won’t be long. The no. 1 overall pick by the Rams in 1997, Pace was among the NFL’s best left tackles in a generation full of phenomenal linemen. Shawn Springs went two picks later to the Seahawks. Add in guys like him and Mike Vrabel, who started a combined 295 games over 14 years, and you’ve got a pretty decent group.

Credit another all-time great left tackle for pacing this group. Except in Walter Jones’s case, he is in the Hall of Fame. Not surprisingly, Jones waltzed in during his first year of eligibility. There are plenty of people who would rank him first among that ’90s group that includes Pace and Jonathan Ogden, and I can’t blame them.

Warrick Dunn’s Hall of Fame chances are pretty slim, but he’s still a guy who ran for nearly 11,000 rushing yards on some very good teams, and although Tra Thomas never quite rose to Jones’s generation-defining heights, he was a damn good left tackle for an Eagles team that was a fixture in the NFC playoffs. Rounding out this group is a collection of solid if unspectacular defenders — Peter Boulware, Samari Rolle, Dexter Jackson — with a bunch of starts and a Super Bowl MVP to its name.

Pick any Alabama team from the past few years. It’s a toss-up between this group and the 2009 crew, which won a national championship and had both Rolando McClain and Kareem Jackson. After shaky starts, McClain and (especially) Jackson have become valuable pieces in the NFL, but going with the 2009 Tide would also mean missing out on C.J. Mosley and Eddie Lacy. After Mosley’s rookie year, I’m going with this bunch.

It’s still early enough that there are young players in this group at every level of the NFL, and it’s not easy to figure out where exactly they’ll end up: Mark Barron is already on his second team, and Dee Milliner is reportedly available after the Jets’ free-agent overhaul, but at 25 and 23 years old, respectively, it might be a little early to write off either. Dre Kirkpatrick has also struggled just to get on the field in Cincinnati, but other than that, this is mostly a collection of guys who’ve already played a lot of games in the NFL. Marcell Dareus is a star, Dont’a Hightower had the best season of his career for the Super Bowl champs this year, and both D.J. Fluker and Courtney Upshaw are solid pieces for playoff-caliber teams. 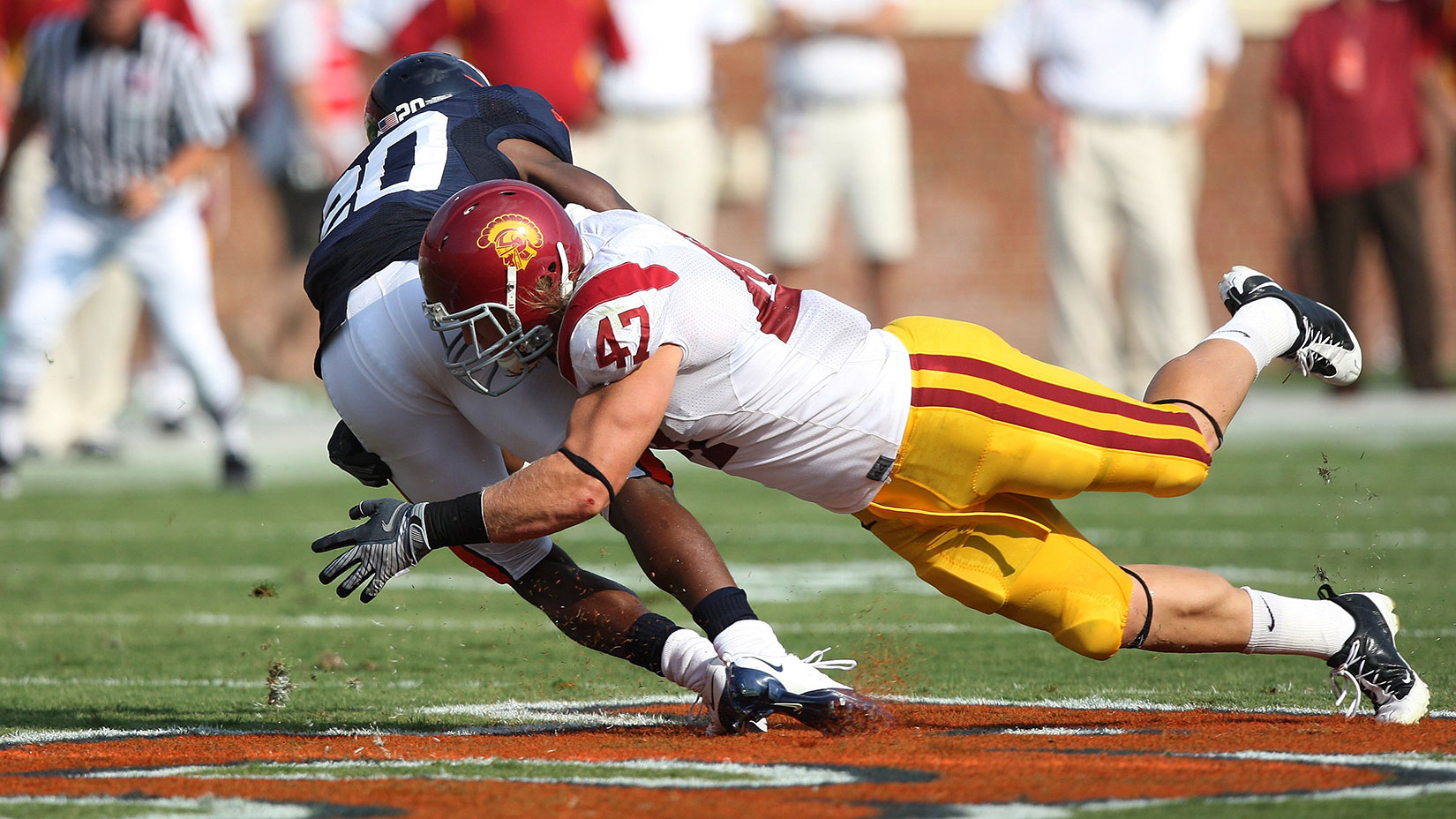 It seems strange that a USC team that didn’t win a national championship would be the one to make it on here, but the 2008 Trojans get a big boost from some of the freshmen who didn’t even see the field: Tyron Smith, who’s been an absolute godsend for the Cowboys and figures to play left tackle there for the next 30 years, and Jurrell Casey, one of the few bright spots for the Titans the past three years.

Pro Bowl fixtures like Clay Matthews obviously stand out here, but the guys who put this team over the top are the ones like Everson Griffen and Jordan Cameron — midround picks who have developed into truly valuable NFL players. People balked at Griffen’s five-year, $42.5 million deal (with nearly $20 million guaranteed) with Minnesota, but Griffen responded with 12 sacks in his first season as a full-time starter. Various injuries hurt Cameron’s attempt to follow up his breakout 2013, but he still showed enough to get a potentially lucrative deal from Miami.

David Nelson, the no. 4 receiving option on this team, has been relevant in fantasy football leagues. That alone sums up how loaded this team was. Including Janoris Jenkins almost feels like cheating, considering his eventual dismissal from the team, but he was around for the Gators’ title run. Will Hill and Major Wright, who have had their moments as NFL safeties, were, too, but Joe Haden remains the star from that secondary. Even a player like Marcus Gilbert — who didn’t actually start in 2008 but was on the roster — has developed into a solid right tackle for the Steelers. Top to bottom, it was an absurdly talented group, and it had to be to beat up a similarly equipped Oklahoma team in the national championship game.

No other team is even in the conversation. The backups on this squad are what make it truly unbelievable. Vince Wilfork, Antrel Rolle, Frank Gore, and Sean Taylor couldn’t even start! Even if you discount the three future Hall of Famers (Reed, Wilfork, and Johnson) and the one who easily would have been (Taylor), you’re looking at 22 trips to the Pro Bowl. As in, 22! It’s the greatest collection of future NFL talent ever collected in one place, and it’s not particularly close.