No matter what your heart wants these NBA Finals to be, your head knows that this can probably only go in one direction. It will be quick, it will be deadly, and it might be ugly. There are just too many reasons the Cavs don’t stand a chance.

Golden State is the deepest team in the league, and after LeBron, the Warriors probably have seven or eight of the next 10 best players in the series. The defense has been suffocating all year, and with Draymond Green, Andre Iguodala, and Harrison Barnes, the Warriors might be better equipped to slow down LeBron than any team outside San Antonio. On offense, Golden State’s guards would treat Kyrie Irving like a traffic cone if he were healthy, but he’s not, which should only make this worse. Likewise, LeBron’s been able to rest on defense for three rounds, but now there’s nowhere to hide. If you look at these teams long enough, the question isn’t who wins; it’s what side of the court looks more hopeless for Cleveland.

As Tom Ziller noted at SB Nation, the Warriors have better numbers than any team LeBron has ever faced in the Finals. And as Neil Paine noted at FiveThirtyEight, these Cavs have the second-worst numbers of any supporting cast LeBron’s ever had in June. We are literally a tenth of a percentage point away from the Booby Gibson glory days.

That’s what makes this exciting.

For the first time in years, we get to watch LeBron James as an underdog.

When else will you be able to root for the best, most dominant player on earth without feeling even a little bit guilty? 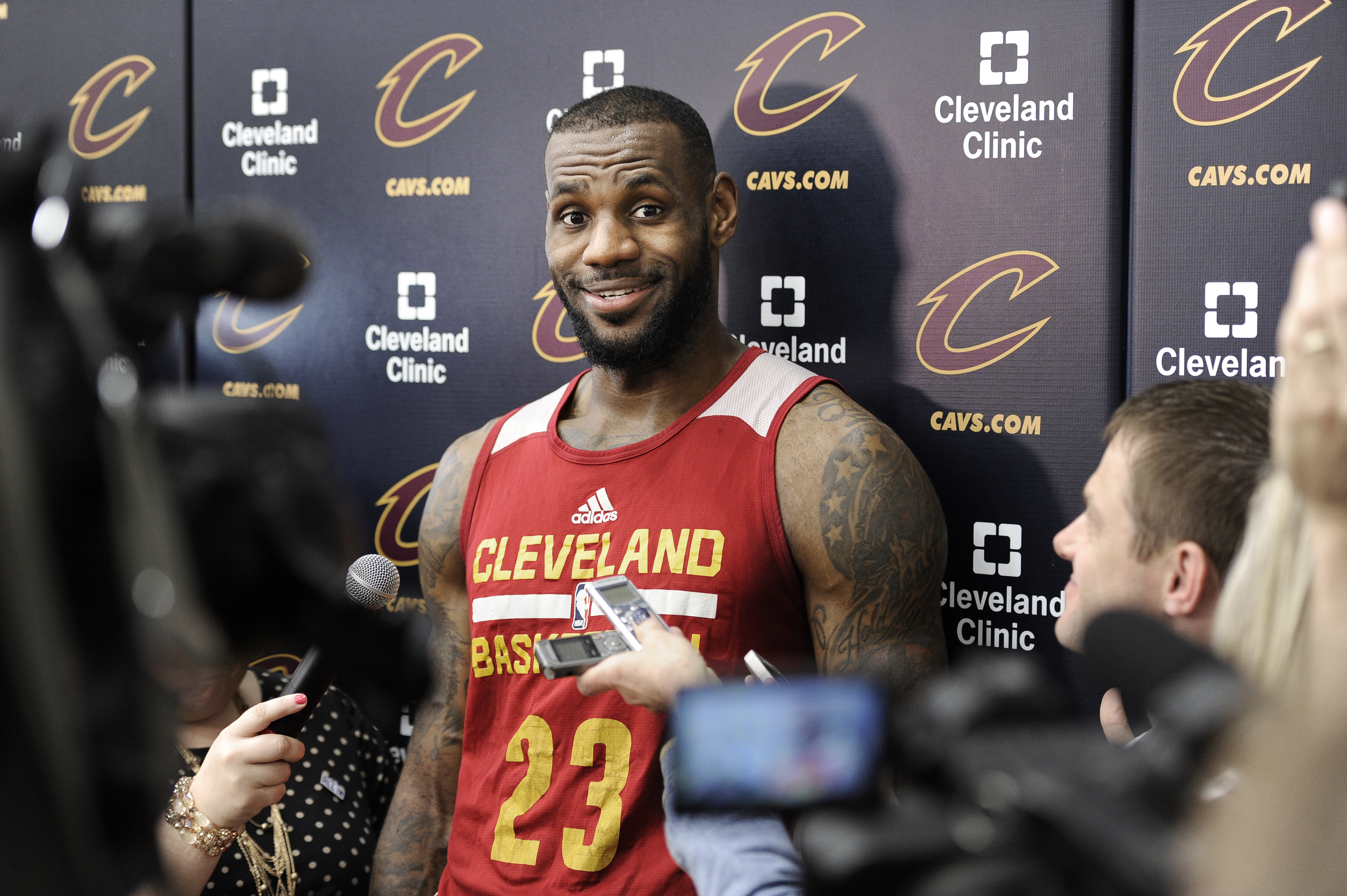 For so much of this season, he just seemed so unbearably calculated. There were whispers that he left Miami for Cleveland because he wanted supreme authority that he could never have under Pat Riley, and the rumors make sense when you juxtapose them with what came next. All year long he’s been flexing his leadership muscles in the most public way possible.

He wanted to be a civic savior, so he filmed commercials. He wanted to be a mentor and a grizzled veteran, so, early on, he stopped shooting to prove a point. Two months later, he disappeared for two weeks to recharge.

He compared the Cavs to a 1972 Chevy Caprice that he’d rebuilt from scratch. “I hated the process,” he said. “It got on my nerves. I sent it back to get repainted 100 times. It came back and still wasn’t done. Once it was completely finished, I was excited about it. That’s what it feels like.”

He wanted to be a guru, so he called out Kevin Love on Twitter, confirmed to beat writers that none of it was coincidence, then called out the national media for calling him on it.

A day later, the Cavs analogy changed: “This is my third time having a start-up,” he said. “First my rookie year, my first year in Miami and now being back here, it’s like a start-up company. You get guys around that you feel can help the company build, and you guys have one goal.”

It’s hard not to roll your eyes at some of this. I want to love LeBron on the Cavs, but sometimes he’s so cloying it’s impossible. Cleveland LeBron is like a fortune cookie filled with all the wisdom of a Players’ Tribune column.

The other night he had a triple-double (37, 18, 13) in an overtime win against the Hawks, and it should have been amazing … but then he collapsed onto the court to maximize the drama, and it all felt a little insulting. As he explained afterward: “I play to exhaustion … In OT I asked to come out. I had a second thought. I wouldn’t have felt right … if I went to the bench.”

Sometimes it seems like he’s trying to live his life and star in his own biopic at the same time. 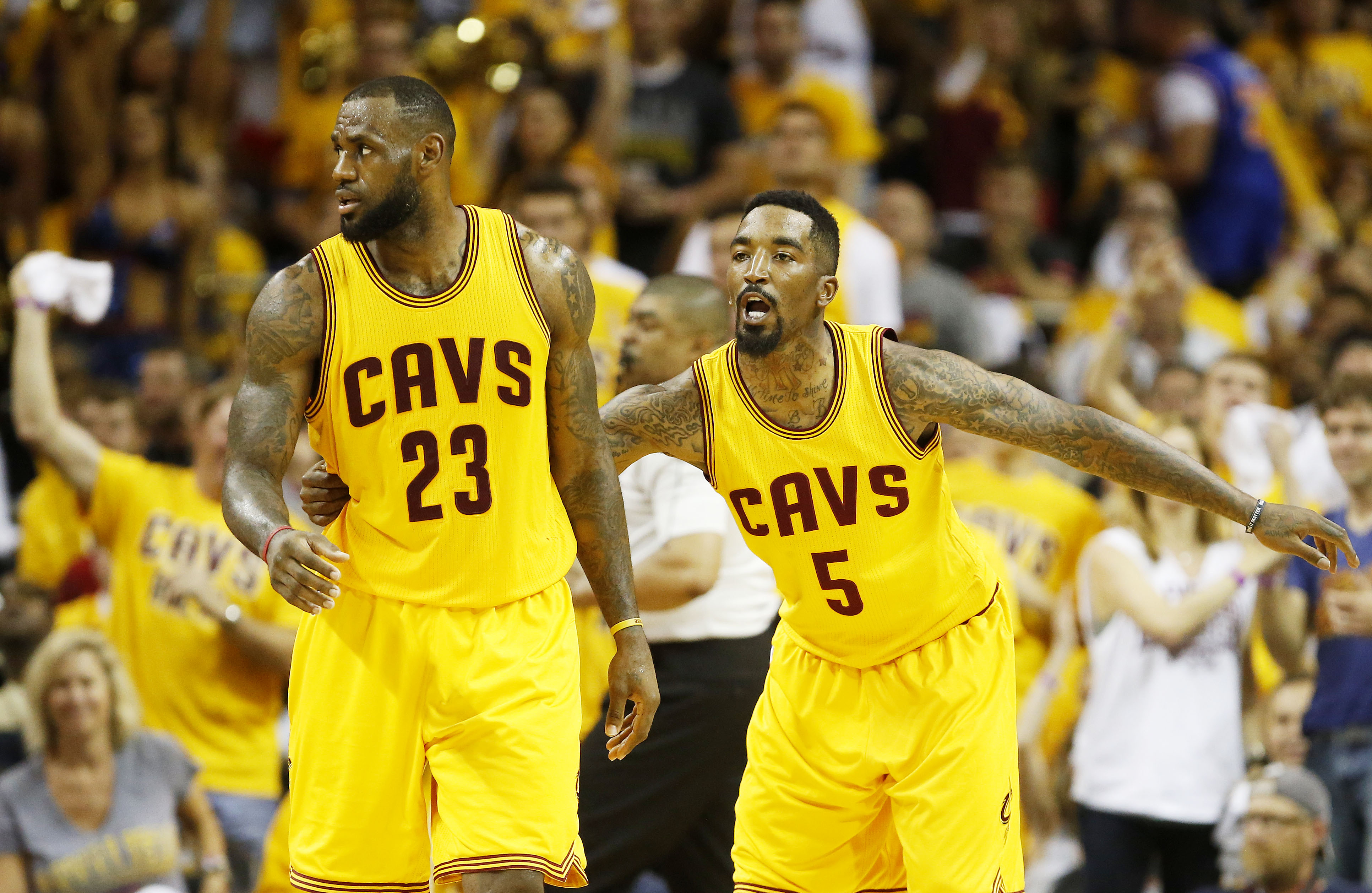 Of course, that grandiose impulse is probably what helped bring him back to Cleveland in the first place. This was a dream so crazy that none of us even bothered imagining it. And now that we’re at the end of the journey in Year 1, LeBron somehow looks more impressive. He’s delivered on everything.

This is the other end of the LeBron spectrum: It doesn’t matter how clumsy his PR efforts are, because he’s so good that everything else falls into place anyway. It happened in Miami, and it happened again this year. If he’s creating his own myth, he’s also living up to it.

He wanted to be a mentor, and it’s hard to argue with the progress from Kyrie and Tristan Thompson. He wanted to be a GM, and if he was wrong about Wiggins, he sure was right about Waiters! And, oh, were you looking for a guru? We just watched LeBron get four great months out of J.R. Fucking Smith. He’s been a coach-on-the-floor, often literally, and he’s made this offense work without Love and with Matthew Dellavedova. He may not be a civic savior, but Cleveland sports are relevant again for the first time since he left.

When you consider the early-season struggles, the trades, the injuries to Love and Kyrie right as everything started to click, and then pulling together to dominate with a completely different lineup for the past month — LeBron hasn’t just made this work in Cleveland, he’s made it work several times over in the same season.

People hated it when he abandoned Cleveland, and now he’s back. People whined when he went to team up with superstars, and now here he is carrying a team on his own, defying injuries and all kinds of adversity, making everyone better. What more could you want? 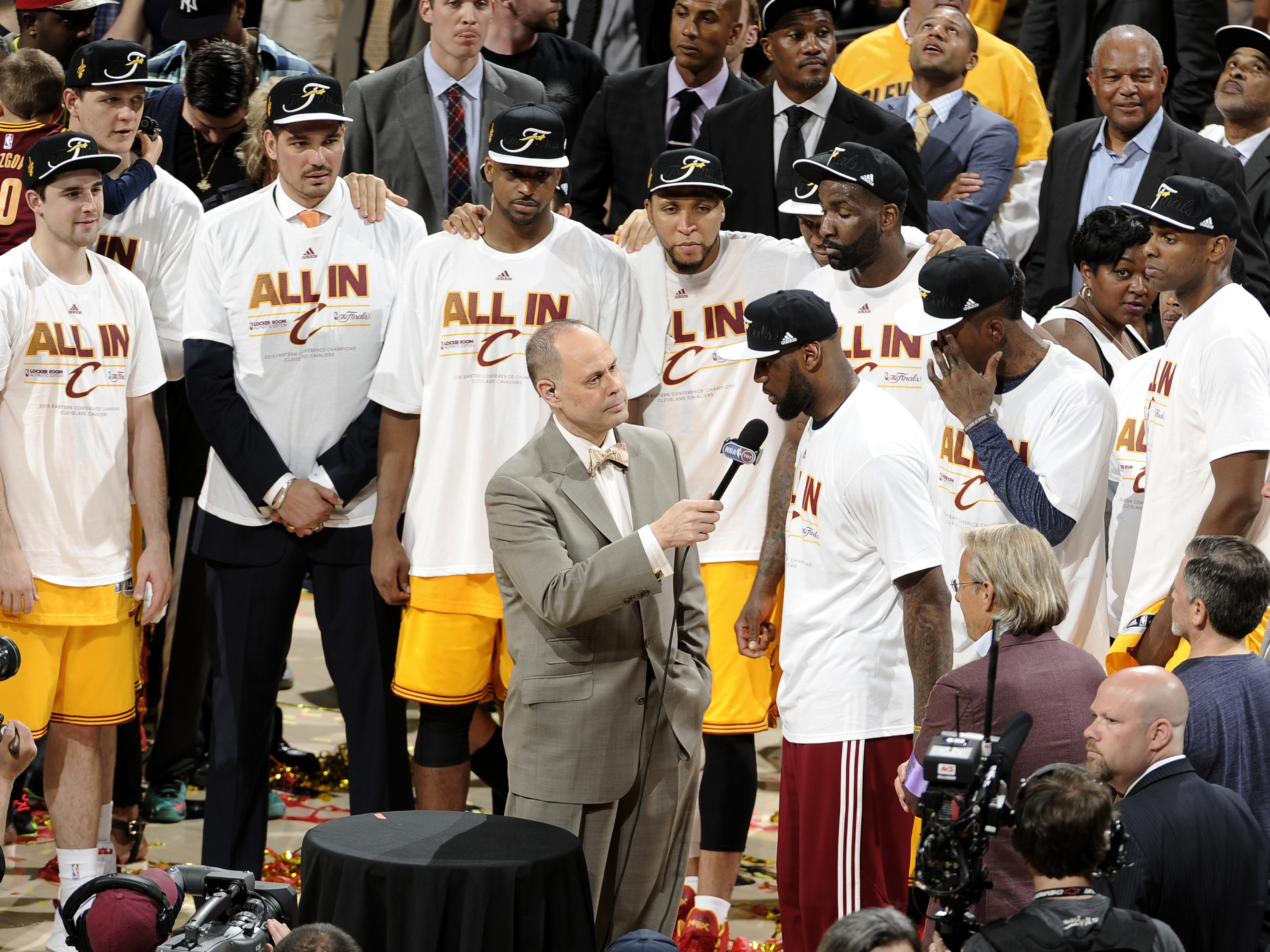 There are a couple of different ways you could talk yourself into ignoring the odds and getting excited for these Finals anyway. First, you could tell yourself that the new lineup in Cleveland is better than anyone realizes, and that Thompson has turned into a monster who makes the Cavs every bit as good as Love did. The role players orbit perfectly around LeBron, and if Kyrie chips in, they can play with anyone. You could also tell yourself that Steph Curry is the linchpin to everything Golden State does well on offense, and Iman Shumpert will offer the toughest defense he’s faced since Tony Allen. You could tell yourself that Kyrie has had a week off now, and he should be much closer to 100 percent. You could say the Cavs are as tough to beat in Cleveland as the Warriors are at Oracle.

We’ve never seen a player this legendary get tested in the Finals like this. He is Magic without Kareem or Worthy. He’s Shaq with an injured Kobe, and he’s facing one of the most dominant teams he’s ever seen. Now we get to find out whether the East is so bad that he’s winning by default, or whether he really did turn the Cavs into a juggernaut without Kevin Love and with half of Kyrie. The question isn’t whether LeBron’s great, but just how great he really is. How crazy can this get?

It’s stupid to think that he can give the Cavs a chance here, but for at least the next 48 hours, it’s OK to dream. Can he score 30 a game and bully Harrison Barnes and Draymond Green? His jumper’s been off all playoffs, but what happens if it comes back right as Golden State’s giving him open looks? Will he pick apart that defense to get Smith and Shumpert going from the outside? Can Kyrie give him just enough help to make things interesting? What happens if he carries them on offense and then guards Steph in crunch time? Does the world explode?

It’s stupid to think that one great player is enough to beat a team as good as the Warriors. It’s also stupid to reduce sports to simple narratives that say one player is amazing enough to save everything for one doomed team — but that’s pretty much what happened in Cleveland this year. And that’s what it will take to make these Finals competitive. Nobody will hold it against LeBron if he fails, but let’s just watch him try.

If this was the year in which LeBron lived up to his own myth, these Finals are the best opportunity he’s ever had to take his legend to the next level. Isn’t that why he went back to Cleveland in the first place?