There’s only one week left in the MLB regular season, and while much of the playoff picture has already taken shape, not everything is settled. Here’s a refresher on what’s at stake between now and the postseason.

Los Angeles Dodgers, New York Yankees: The Dodgers are six games up on the Giants in the NL West with seven games to play, and the Yankees are five up on the Angels for the second AL wild-card spot, also with seven left. Neither is a mathematical lock yet, but if either winds up missing the playoffs, you’ll hear about it.

Texas Rangers, Houston Astros, Los Angeles Angels of Anaheim, Minnesota Twins, Cleveland Indians: The Indians are four games back of the second wild-card spot, and though they’ve played really well, three teams still remain ahead of them. The Indians start this week with a four-game set against Minnesota, and that’s the kind of series that could bring them all the way back into the wild-card discussion, but at the absolute minimum, they need to take three games and get some help in order to stay in the race.

Astros: After pretty much everyone assumed that they were another year or two from contending, Houston jumped out to a big lead in the AL West early, then spent the summer restocking the cupboard by calling up Lance McCullers and Carlos Correa and trading for Scott Kazmir, Carlos Gomez, and Mike Fiers.

As recently as August 31, Baseball Prospectus gave the Astros better than 90 percent odds of claiming the AL West, but after playing winning baseball in each of the season’s first five months, Houston has gone 9-15 in September.

Nowadays, Enron Field1 is much like Mission Control in the last phases of a space shuttle mission, in that it’s a place for people to get together in Houston to watch something come hurtling back down to Earth in a giant fireball.

Nobody paid me to refer to the Astros’ ballpark by a juice company’s name, so until they do, I’ll stick with the previous, much funnier title.

So what happened? Well, they don’t maintain the roads very well in Houston, so odds are that the wheels will fall off anything over a six-month period. But in baseball terms, we can look at the Astros’ 6.35 bullpen ERA over the past 30 days, a performance worthy of that most damning of baseball modifiers in 2015: Only the Braves Are Worse.

Now, the Astros trail the Rangers by 2.5 games in the West and lead the Angels by just half a game for the second wild card. Worse, the Astros’ final six games come on the road. That wouldn’t be good news for any team, but it’s particularly bad for the Astros, who have the worst home/road splits in baseball: 25 games over .500 in Houston, 17 games under .500 elsewhere.

It’d be even worse if the Astros hadn’t won the last two games of their weekend series with the Rangers, and if something doesn’t change soon, Houston will have the whole offseason to relive the collapse. 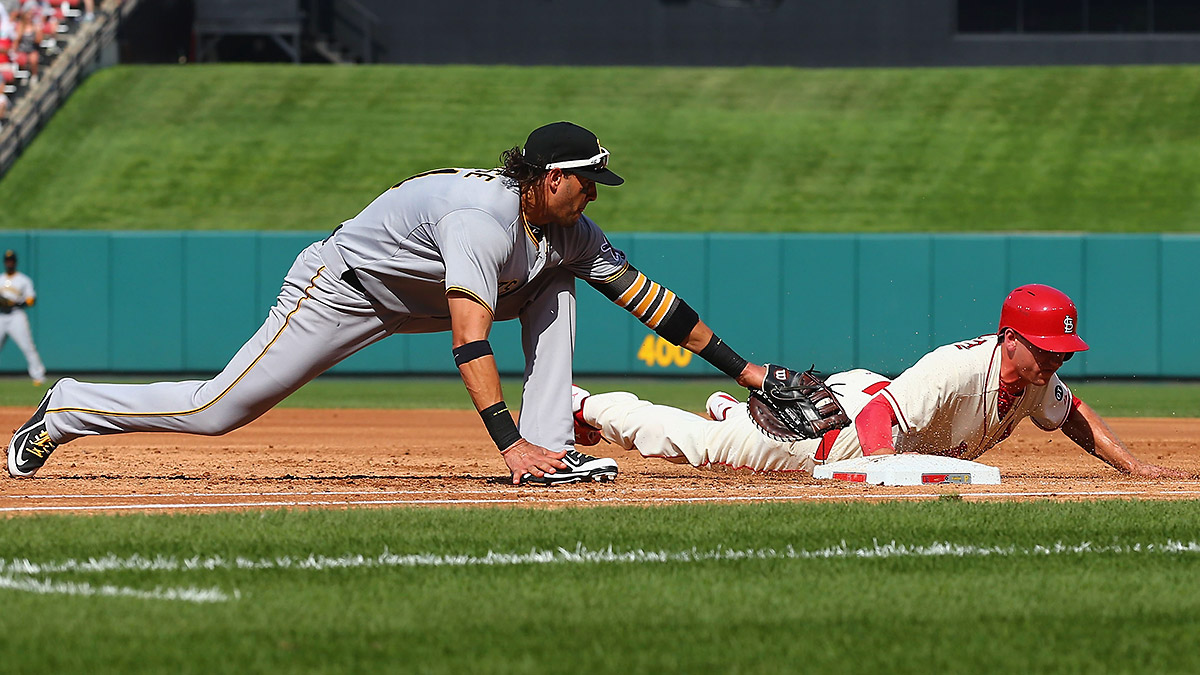 Dilip Vishwanat/Getty Images With a strong showing against the Cardinals, the Pirates could still challenge for the division crown.

Cardinals at Pirates, September 28-30: The two teams with the best records in baseball have sort of flown under the radar recently, with the Cardinals and Pirates almost being so good that they’re undramatic. With both having made the playoffs in the past two years (or every year since the Bronze Age, in the Cardinals’ case), there’s no playoff drought to snap, as there is with the Blue Jays, Astros, and Mets.

But for two teams with playoff spots locked up, there will be quite a bit on the line this week. The Pirates, three games back with six to play, could catch the Cardinals by sweeping them in this series, which would throw the whole playoff picture into chaos and potentially set up a spectacular winner-take-all Cubs-Cardinals wild-card game. Just thinking about the possibility of such a game is making me all sweaty on the top of my head — the kind of sweaty you get when you eat a bunch of cheese all at once.

Other than the hunt for an actual playoff berth that’s playing out in the AL wild-card standings, there might not be a more important race in baseball than the NL Central. The winner will go on to the NLDS, with home-field advantage until the World Series, while the loser will have one chance to beat a Cubs team that will have had all week to set up its rotation for Jake Arrieta.

The injury bug could play a part. I’ll admit to not really thinking much of Yadier Molina’s thumb injury at first, because (1) the Cardinals are an astoundingly deep team that’s won despite injuries all year; (2) for all his defensive prowess, Molina was the worst hitter in St. Louis’s everyday lineup; and (3) even if Molina’s grit and leadership really are irreplaceable, he can still lead from the dugout. But then I actually took a good look at Tony Cruz’s batting line, and the drop-off from Molina to Cruz is much larger than I’d imagined or even thought possible. Like, I don’t know what you imagine when you think of a stock backup catcher, but I wasn’t prepared for “massively underperforming his career wRC+ of 52.”

It doesn’t end there: Carlos Martinez pulled out of his start on Friday after seven pitches, and the Cardinals have shut him down for the season amid shoulder tightness. As deep as the Cardinals’ staff is, Martinez stood out after cashing in all of his potential to turn into a bona fide stud this year. A guy who throws 179.2 innings with 9.2 K/9 and a 131 ERA+ is very difficult to replace. Of course, this being the Cardinals, there’s a possibility that they could do just that if Adam Wainwright — who was thought to be lost for the year but pitched a simulated game last weekend — returns from his Achilles injury for the playoffs. But even if he does, he won’t be back in time for this series with the Pirates.

All of this is to say that for the first time all year, the Cardinals look vulnerable. They’re still heavy favorites to win the division, but you can start to talk yourself into the Pirates closing the gap if they win the upcoming head-to-head series.

Depending on how the first half of the week goes, you’ll also want to keep an eye out for the Angels-Rangers series from October 1 through October 4. If the Rangers falter, the Angels beat the A’s at home, the Twins and Indians punch each other out, and the Astros either sweep the Mariners (to move back into first place in the West) or get swept (to fall out of playoff position entirely), this series could become one of those early-October four-games-for-all-the-marbles classics that gets a book written about it someday.

A lot of moving pieces have to fall just right for this series to achieve maximum importance, but no other final-weekend matchup is as likely to involve two teams fighting for their playoff lives.

Mike Trout: Depending on how you feel about Josh Donaldson, you might think that this is the first time that Trout has played a full season and not clearly been the best player in the league based on performance. But this year, Trout’s got a hell of a narrative MVP case. Gone is the speedy, youthful Trout of ages past — the one who encapsulated the wonder of a large thing moving quickly, like Leonard Fournette or the planet Mercury. Instead we have a larger, more powerful Trout — a Nimitz-class version of Trout, if you will. While Donaldson is one of Toronto’s cavalcade of stars, Trout is dragging an aging, injury-plagued, ill-managed Angels team to the brink of a playoff spot the way a harried father of three drags his elementary-school-aged children to the dentist. One man can’t will a team to victory in baseball the way a hot goalie can in hockey, or LeBron James can in basketball. But such rules as apply to normal humans so rarely apply to Trout.

Miguel Sano: As fun as Minnesota’s all-smiling, all-homering rookie DH is on his own merits, he’s even more fun in the context of Minnesota’s improbable campaign for the playoffs. It’s insane that a former top-10 prospect who signed for a record bonus as an amateur and had a movie made about him could do what Sano’s done this year to such little fanfare. He’s doing pretty much what Kris Bryant is doing in the NL, and he’ll have the chance to continue to do it against the toughest schedule of any remaining AL wild-card contender: The Twins, who currently sit 1.5 games back of the Astros, finish with four against the Indians and three against the division-leading Royals.

How Will the Final Week Impact the Awards Races? 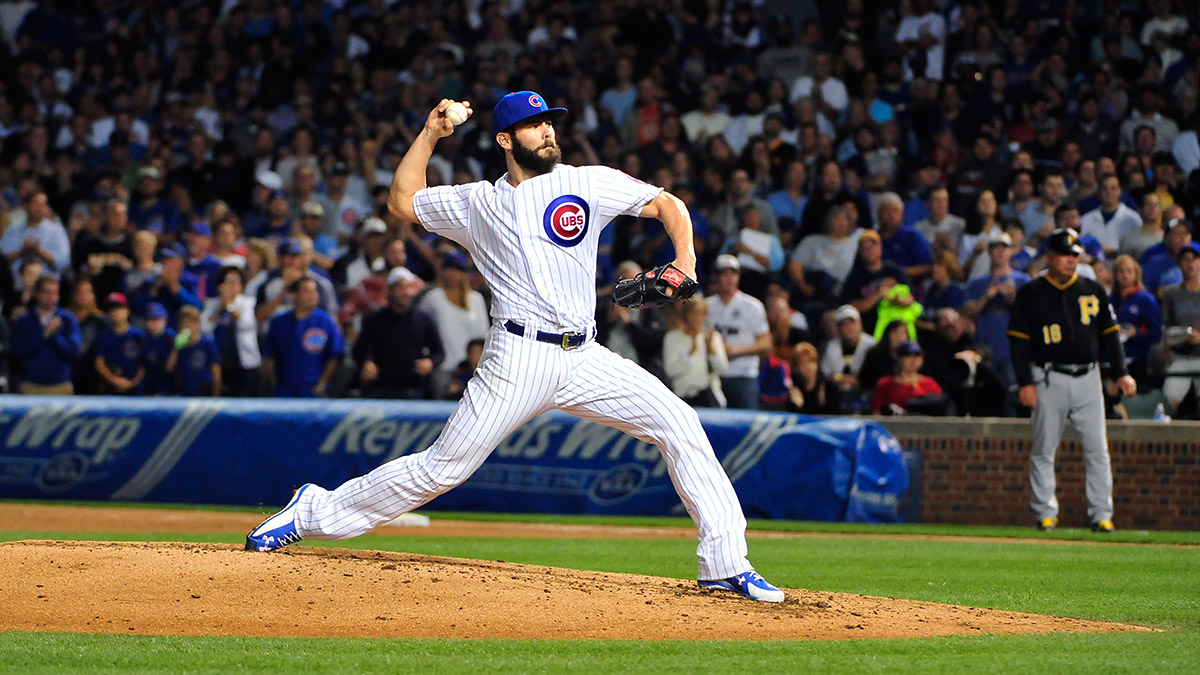 David Banks/Getty Images Jake Arrieta has been borderline untouchable of late; will it be enough to earn him the NL Cy Young?

An outlier in the final week — for good or ill — can swing the statistical balance of a major awards race. What’s more, a narrative can develop, and several of this year’s contested races involve players who hope to advance deep into October.

In addition to Trout and Donaldson continuing to wage the AL MVP race, Dallas Keuchel and David Price will each have one more start that will not only impact playoff seeding, but the AL Cy Young race, as well.

Meanwhile, the best awards race is probably for the NL Cy Young, where Arrieta and Clayton Kershaw have been chasing down Zack Greinke for the past few months. Arrieta will get one more start, while both Dodgers are slated for two, but that could change depending on how quickly the Dodgers clinch and how severely Don Mattingly alters his weekend rotation as a result while planning for the first two games of the NLDS. One of Kershaw’s starts, for what it’s worth, will come against Madison Bumgarner, who’ll get quite a few down-ballot Cy Young votes after his outstanding season.

This race is particularly interesting in light of the huge performances Arrieta’s had on national TV of late. If I had a vote, I’d probably go for Greinke, but I also just watched Arrieta strike out nine Pirates while allowing two baserunners over seven innings, and I have no idea how anyone’s even doing that well against him the way he’s pitching right now. Another start like that could unlock the virtual three-way dead heat in the Cy Young race.