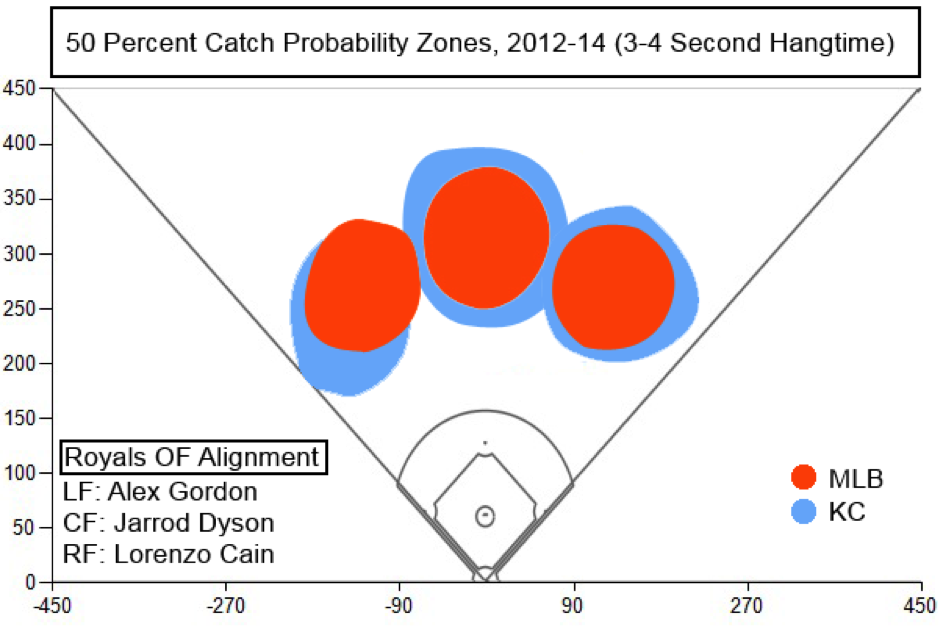 Choo was 17 runs worse than the average center fielder that season, according to both DRS and UZR.

In other words, all line drives, fly balls, and pop-ups, excluding home runs.

You can find these figures at FanGraphs, but the numbers there won’t match up perfectly, since they don’t incorporate the latest reviews and tweaks on Inside Edge’s end.

A request for Statcast defensive data on the Royals and Padres went unanswered.