Baseball fans! Have you heard of San Francisco starter Chris Heston? No? That’s OK, because until Tuesday night, there wasn’t any reason to have heard of him: He’s a 27-year-old rookie; he was a 12th-round draft pick; he’s been picked up off the waiver wire four different times this season in the Grantland fantasy baseball league.

But now it’s time to learn the name, because Heston no-hit the Mets in just his 13th career start. It was weird. It was fun. And it made us want to share some thoughts.

Ben Lindbergh: Despite how recently Heston was released to make room for Jeff Francoeur, he’s not the least talented pitcher to throw a no-hitter, and despite how skilled Buster Posey is at stealing strikes, this wasn’t one of those fluky hitless outings that owes as much to randomness and defense as it does to the guy who gets the credit.

So here’s why we’ll remember Heston’s no-no, if not as the best illustration of baseball’s inexplicability: In the 205 nine-inning no-hitters that preceded Heston’s from 1914 to 2014, no pitcher — not even the wild ones who walked eight or nine, like Dock Ellis, Edwin Jackson, and A.J. Burnett — had hit more than two batters. Heston hit three.

From Game Score’s perspective, the HBPs were blemishes on what otherwise would’ve been a perfect game. I’d argue the opposite. Heston’s unique line was the ultimate demonstration of dominance: His opponents couldn’t hit him, but Heston hit them, repeatedly. The only mistakes he made hurt the Mets more than his successes did.

Jonah Keri: Let’s talk a bit more about Game Score, a stat that Bill James invented to measures a pitcher’s level of dominance in a given start. A no-hitter is inherently dominant. One that comes with 11 strikeouts and no walks, as Heston’s did, is even more impressive — even after accounting for the peculiar quirk of hitting three batters.

Only 19 times in the post–dead ball era (1920 or later) has a pitcher achieved a Game Score higher than Heston.1 Not bad for a 12th-round pick making his 13th career start.

And Nolan Ryan was responsible for five of those instances.

Mallory Rubin: “I’m still not sure what just happened out there, to be honest with you,” Heston said during his postgame interview. Neither are we, Chris. Neither are we. (Though our colleagues might be.)

You know who is? Buster Posey, who has now caught three San Francisco no-hitters. Between the no-nos and the World Series titles, I now expect to see Posey running out to embrace an ecstatic pitcher as often as I see Chris Carter strike out.

It seems particularly cruel that Posey and the Giants had to feed their greed at Citi Field: The Mets have just one no-hitter to their name, the 2012 outing that won Johan Santana a place in history, then destroyed his career. The Giants? They have 17, including four in as many seasons and five under manager Bruce Bochy. That’s just rude.

Bill Barnwell: I’m not saying Heston is on the list, but who is the worst pitcher to throw a nine-inning no-hitter?

Barnwell: I will fight you. Another important question: It seems like all Busters (Posey, Olney, Keaton, Douglas) are famous and successful; we should be naming more of our children Buster, right?

Michael Baumann: My favorite part of this is the oft-repeated fun fact that the Giants are the first team since the Dodgers in the 1960s to throw no-hitters in four straight seasons. Except “the Dodgers” didn’t do that so much as “Sandy Koufax” did that.

Also, I think I’ve got an answer on who was the worst pitcher ever to throw a nine-inning no-hitter.

Just by eyeballing the Baseball Reference Play Index, I found four pitchers who have thrown no-hitters and posted a negative career WAR since 1914, which is how far back the Play Index goes. One of them is, in fact, Bud Smith, who’s one of the big reasons I’m still not over the Scott Rolen trade; the others are Don Black, Iron Davis, and Mike Warren. (There are some great names on that list: Sad Sam Jones, Bob Moose, Jimmy Lavender — why don’t we have names like that anymore?)

But yes, Bill and Mark, if you deduct appropriately for purposely looking like a reggae drummer on the run from the law, we can declare Buchholz the worst.

One more thing: The poor Mets have now been no-hit for the seventh time in franchise history, and they’ve never really thrown one themselves, because that Carlos Beltran ball off the line against Johan Santana was actually a double.

Barnwell: Another weird thing: Those seven no-hitters Baumann just mentioned have all come since 1962. But the team that has been no-hit the most over that time span is … the Giants, at 10.

Ryan O’Hanlon: Yesterday, after seven hours on a sailboat, I was sitting by a pool in the Caribbean and considering dropping Heston for a pitcher on the Brewers who had a 6.37 ERA in Triple-A and had never started a major league game.2 Because of sketchy Wi-Fi, I decided not to do that, and now I’m beating our founder and beloved former leader 9-1 in the office league.3 The lessons here: I am an insufferable yuppie, and baseball makes no sense.

Shouts to Taylor Jungmann and his seven-inning, one-run debut.

And now, a word from our resident Mets fan: 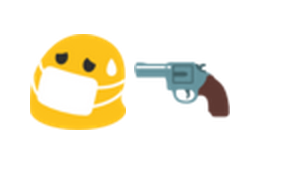