Mom didn’t allow R-rated movies in the house. The occasional PG-13 movie made the cut — Tim Burton’s Batman, since we had the action figure; The Naked Gun, because Dad approved of Leslie Nielsen’s expert dimwittery. But Freddy Krueger? The Terminator? Forget it. Splashy violence, therapy-inducing scares, off-color humor, or subject matter beyond an 8-year-old’s mental pay grade would have to wait. Any stink I made only briefly stunk. In the late ’80s and early ’90s, the PG “restriction” offered plenty of movies that struck the imagination: The Goonies; E.T.; Honey, I Shrunk the Kids; Who Framed Roger Rabbit; Home Alone; and The Rocketeer. There was no going hungry without R-rated movies in my diet.

A glorious viewing of Speed eventually pushed me across the R-rating event horizon. It felt like getting away with murder … while still being completely by design. In my mother’s case, “Parental Guidance” meant a ready-made plan for cinematic maturation. The racier elements would trickle in over time, PG assuring there wouldn’t be any permanent scarring in the early days. A film like The Witches, courtesy of Roald Dahl, Jim Henson, and Don’t Stop Now director Nicolas Roeg, provided a medical dose of nightmares. Steven Spielberg’s early Amblin movies were like sex-ed classes, edgy-yet-chaste and totally necessary. What may sound like nostalgia is in fact self-aware appreciation of Mom’s by-the-book restrictions. Those PG movies were essential. There was no stomaching the hard stuff without movies aimed at kids.

On paper, The Hunger Games: Mockingjay — Part 1, the third installment of the billion-dollar action-adventure series, sounds like one of these groundwork movies. It has the veneer of a PG adventure — young heroes facing off against aging adversaries in dystopian surroundings. But Mockingjay is PG-13 and proud of it. In the film, Hunger Games champion Katniss Everdeen (Jennifer Lawrence) works at the center of a rebellion against the Inner Party–like Capitol. She’s an inspirational figure to the impoverished districts, the citizens of which eventually fight to get out from under the government’s thumb. As a way of stomping the people back into obedience, the Capitol orders gestapo “Peacekeepers” to publicly execute a random few. In this case, making an example means shooting rebels in the head at point-blank range. We see everything but a blood splatter — an image just a smidge less violent than the gruesome reality of Schindler’s List.

By the time Mockingjay turns its cameras to the vistas of crumbling architecture and skeletal remains, you don’t have to be Helen Lovejoy to see a stark contrast between PG stepping-stones and the film’s decidedly adult approach. Mockingjay is not for kids. And thanks to genre fiction’s noble quest for legitimacy and artistry, neither are most movies.

The Hunger Games is considered “young adult fiction,” an oft-debated classification: Should culture be embarrassed by its indulgence of stories written for kids? The debate is predicated on false equivalence. YA is not PG entertainment — lighter drama, safer action, youthful themes — but a misnomer for “fiction starring young adults.” Faithfully adapting Twilight, The Hunger Games, and The Fault in Our Stars is a PG-13 job. To do The Hunger Games right means wrapping political allegory around a teens-killing-teens tournament. Substitute impaling 12-year-olds with laser tag, and a setting that resembles war-torn Bosnia with outer space, and The Hunger Games could probably fly as a PG adventure (and resemble something like Ender’s Game, which still managed a PG-13 rating when adapted in 2013). There’s not a lot of “youth,” as an experience, in today’s YA.

If Spielberg’s Jaws “invented” the modern blockbuster, Indiana Jones and the Temple of Doom and Gremlins, produced by Spielberg, warped blockbuster standards into their present state. After audiences discovered that Joe Dante’s horror comedy wasn’t the next E.T. and that Temple of Doom displayed what many considered R-worthy violence — nothing gets parent groups more riled up than a high priest removing a man’s heart with his bare hands — Spielberg personally rang Jack Valenti, head of the MPAA, to suggest an amendment to the rating scale. Despite reservations,1 Valenti caved to the blockbuster maestro, establishing the PG-13 rating on July 1, 1984. John Milius’s kids-fight-Communists drama Red Dawn became the first film to earn the rating, opening just one month after Gremlins.

Speaking soon after the decision went into effect, Valenti told CNN, “I’m opposed to any change in the rating system. It’s a fragile system and the insertion of more categories is not needed. I thought the PG was a sufficient warning. So many of peers in the business have taken an opposite view that I’ve decided to lead this movement instead of following it.” 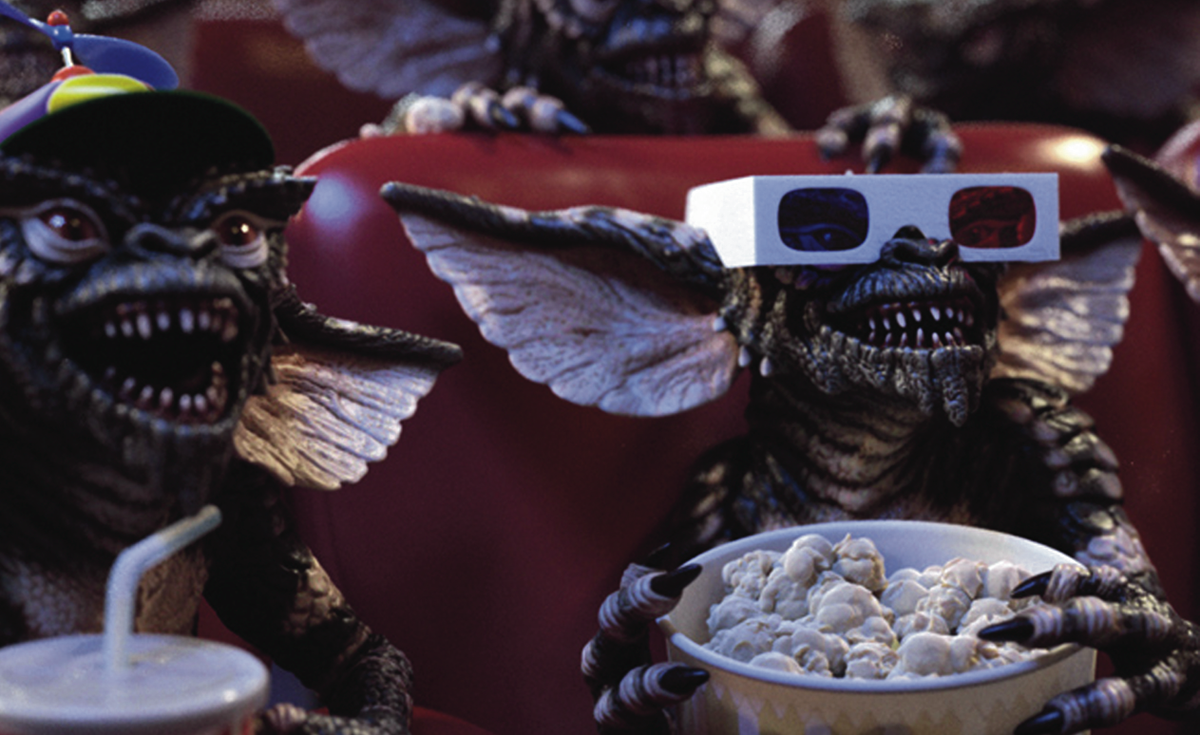 Spielberg was right. The pre-1984 PG rating was overly broad, encompassing everything from Poltergeist and Annie to Octopussy and Mr. Mom. When Valenti enacted the PG-13 rating, its nuanced differences took immediate shape. 1991’s PG-rated films dabbled in the mature, while still speaking a kid’s language. Teenage Mutant Ninja Turtles II and Spielberg’s own Hook played well with families and served a purpose for the studios. The year’s PG-13 slate strove for a little more grit (Robin Hood: Prince of Thieves), cruder behavior (City Slickers), or macabre humor (The Addams Family). The four highest-grossing movies of 1992 were a medley of ratings: Aladdin (G), Home Alone 2 (PG), Batman Returns (PG-13), and Lethal Weapon 3 (R).

By 1997, seven of the 10 top-grossing movies of the year were PG-13, rounded out with two R-rated thrillers and the PG rerelease of Star Wars. The liberties of PG-13 were irresistible, the money endless. It was a “why not?” situation for studios, alluring wider adult audiences with more “sci-fi destruction,” “intense thematic material,” and “intense sustained gun battles” (the MPAA’s phrasing). The audience demand and freeing PG-13 definition worked symbiotically to expand the modern blockbuster. Familiar faces evolved to keep up. The Star Trek franchise went from PG (1994’s Generations) to PG-13 (1996’s First Contact). The Star Wars prequels had the same progression, starting with the “milder” Phantom Menace and closing with the darker Revenge of the Sith, the franchise’s only PG-13 entry.2

The announcement that Star Wars would finally go “dark” made a tremendous splash on the Internet. After the MPAA decision in 2005, Lucas told 60 Minutes, “I don’t think I would take a 5- or a 6-year-old to this, it’s way too strong.”

In the case of Harry Potter, it was a long and fulfilling road to PG-13’s darkest corners. Chris Columbus set the stage in 2001 with the first installment, capturing 12-year-old excitement and wonder akin to his work on Home Alone. The franchise dipped a toe into PG-13 with Harry Potter and the Goblet of Fire, which finally introduced an able-bodied version of the primary villain, Voldemort, four movies into the franchise. The Harry Potter movies gave young adults the chance to grow up with the material, directors taking leaps into the harrowing when they were earned. Comparable young adult fiction adaptations start there.

Of the 107 PG movies released in 2014, a majority are direct-to-DVD product, documentaries, and animated tentpoles. A decade ago, the latest from Disney, Pixar, Dreamworks Animation, and the like would have bolstered the G-rated selections. Today, G is the home for “kids movies,” in the most pejorative sense. Only 19 G-rated films have hit theaters in 2014. One was a movie about talking crayons. Movies like Frozen, Mr. Peabody & Sherman, Planes: Fire & Rescue, and The Lego Movie fled to PG to distance themselves from the squeaky-clean reputation of G. PG is like these movies’ leather jacket. Makes ’em look cool.

“In a way it’s better to get a PG-13 than a PG for certain movies,” Spielberg told the Associated Press on the PG-13 rating’s 20th anniversary. “Sometimes PG, unless it’s for an animated movie, it turns a lot of young people off. They think it’s going to be too below their radar and they tend to want to say, ‘Well, PG-13 might have a little bit of hot sauce on it.’”

Perceived “hot sauce” sets expectations. There can be risk. There can be edge. There can be bold vision without compromise. When traditionally G-rated movies bump up to PG, and potentially PG concepts opt for PG-13, they’re splashing on “hot sauce.”

With his Transformers movies — produced by Spielberg — Michael Bay dunked the audience in a tub of habanero juice. Bay processed a hunk of cartoon camp into an action junkie’s acid trip. The third film, Dark of the Moon, dismisses kids who play with Transformers action figures when it restages 9/11 with Decepticons and Autobots. These movies have made billions because they won’t go unseen, unheard. The first film’s thematic hook — a boy and his car — could barely survive Bay’s controlled chaos. Hot sauce, baby. 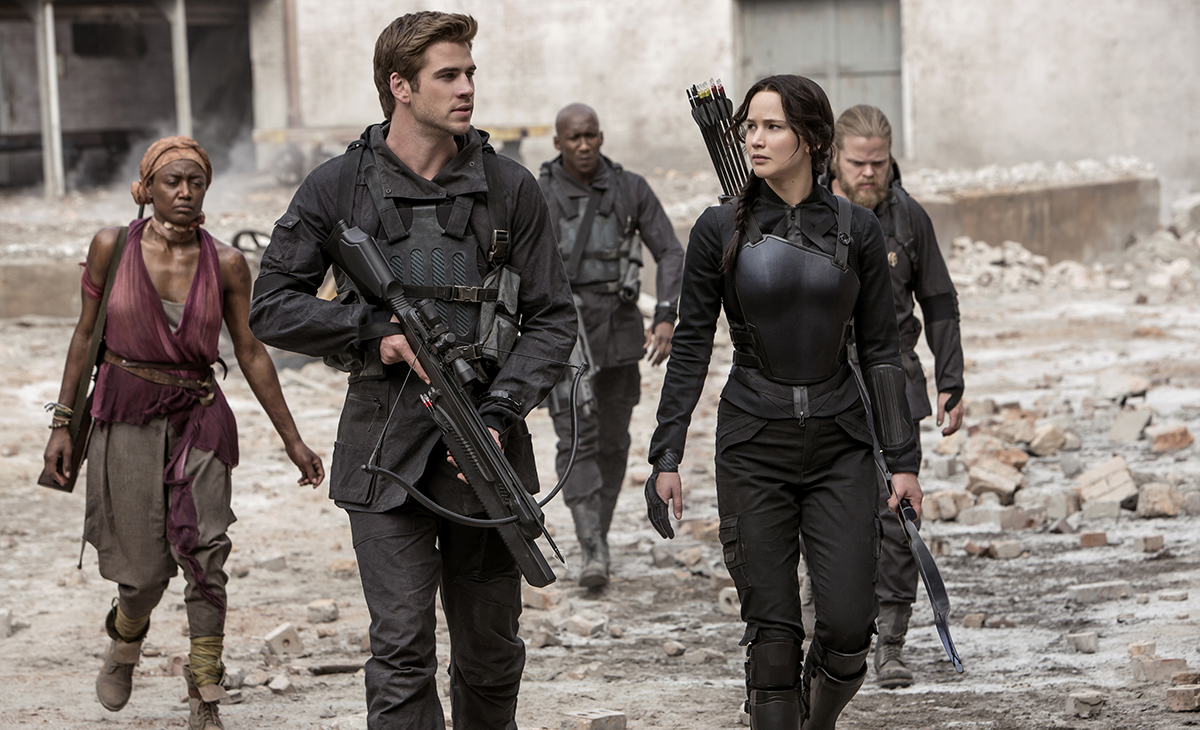 There’s no faulting ambition. Mockingjay joins a year with some of the best blockbusters in recent memory, thanks in no small part to the MPAA’s lax restrictions on PG-13. We had the thinking man’s Godzilla; the thinking ape’s Dawn of the Planet of the Apes; Edge of Tomorrow, an existential drama featuring Tom Cruise repeatedly and extravagantly dying; and the PG-rated Maleficent, a Disney “princess” movie that many see as a confrontation of modern gender issues. For fluff, audiences can turn to the Marvel Cinematic Universe, with its genre experimentation and ever-expanding canon. Even those movies reach beyond mere escapism — a “Hulk smash” has ramifications.

Kids ate these movies up. They had to. When PG movies thrived, there were films made for young people and movies those kids aspired to watch when “parental guidance” approved. Now, there’s only the latter. Kids go to their parents’ movies. If an 11-year-old wants to see the new Batman movie, they’re either grappling with the Frank Miller–inspired vision of Batman v Superman director Zack Snyder or settling for a comedic, animated Lego Batman (arriving in his own 2017 tentpole). If a young girl wants a female hero to aspire to, she’ll choose from revolutionary Katniss, Snyderized Wonder Woman, Marvel’s inevitably PG-13-styled Captain Marvel, or Elsa from Frozen, one of those G-rated movies masquerading in a PG costume. Either too much hot sauce or none.

We’ve seen recent films stake claim on PG middle ground. Of all people, Martin Scorsese revived that spirit in his Best Picture–nominated Hugo, a blend of film history and clockwork adventure. With the power of best-selling books behind it, Diary of a Wimpy Kid grew into a comedy trilogy, with at least one installment finding critical acclaim. This year’s Earth to Echo steals liberally from the E.T. playbook while handing the controls over to a quartet of tweens who talk, walk, and function like actual kids. More direct throwbacks to Spielberg’s Amblin filmography — J.J. Abrams’s Super 8, the recent The Maze Runner adaptation — are so indebted to their predecessors, so intent on transporting audiences to a bygone era, that they cater to nostalgic adults (and land a PG-13 rating) rather than a new wave of kids.

This year could be 1984 all over again. The ratings system, the reminder to studios of a need for eclecticism, is imploding. When the twice-R Expendables series quietly steps down to PG-13 for its third installment while keeping its gunfire consistent, Spielberg’s creation loses meaning. All the while, PG sits to the side, stagnant and stigmatized. As adult moviegoers, the idea of a cultural landscape without “softer” movies is hard to reckon with. Mockingjay dumps morally ambiguous characters into peril. PG-13 opened the door for that possibility.

Eight-year-old me would be losing his mind for these movies. They look like cartoons, but those are real people. Mom wouldn’t approve. Or maybe she would. Maybe she’d have to (or commit me to timeout for complaining too much). Her boy would become a young adult sooner than she hoped.