Since the very beginning, video games have aimed for the stars. In 1971, Computer Space, the first publicly available coin-operated video game, hit pinball arcades, bars, and college campuses around America. Designed by Nolan Bushnell and Ted Dabney (both of whom would go on to found Atari), the game put players in control of a small rocket ship maneuvering in outer space and tasked with destroying ​hostile alien spacecraft. The graphics consisted of white lines and pinprick pixel stars on a black background, switching to black lines on a white background if the player outscored the aliens after one 90-second round. The game was housed in a freckle-sparkled fiberglass cabinet with rounded edges, like a bowling ball crossed with a prop out of the movie Barbarella. Computer Space featured a four-button control scheme — thrust, rotate right, rotate left, and fire missiles — that was apparently too complicated for our acid-tripping baby boomer forerunners, and so, just like Barbarella, Computer Space flopped. 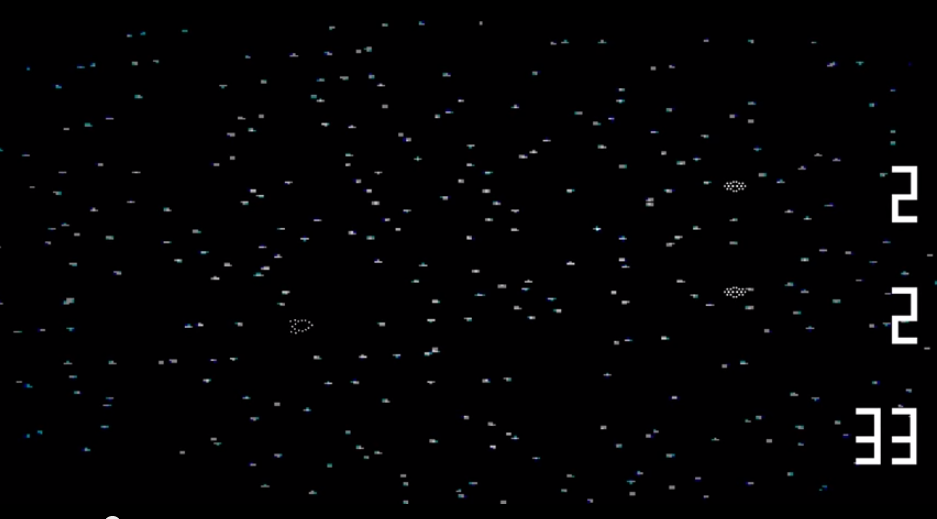 Fast-forward 40-plus years: our cell phones make the integrated circuitry of Computer Space look like the technological gap between a sharpened stick and a nuclear missile, next-gen video-game consoles are more powerful than the Apollo 11 Lunar Module’s guidance computer, and a small British game-development company is getting ready to launch us back into outer space.

Hello Games, based in Guildford, England, a town with a population of about 137,000 roughly midway between London and Portsmouth on the A3 highway, employs fewer than a dozen people and was founded by Sean Murray, Ryan Doyle, David Ream, and Grant Duncan, four friends as well as veterans, to differing degrees, of the video-game industry at companies like Criterion (the Need for Speed series) and Sumo Digital (Virtua Tennis 3). Gradually becoming frustrated with the way the larger, more corporate structure of their rapidly expanding ​workplaces​ ossified creative freedom, the four struck out on their own in 2008.

The financial stability afforded by the Joe Danger series allowed Hello Games to develop its next, as of yet unreleased game, the ambitious-beyond-all-reckoning No Man’s Sky, a title that just might revolutionize gaming. If, that is, the gameplay can at all live up to the company’s vision. 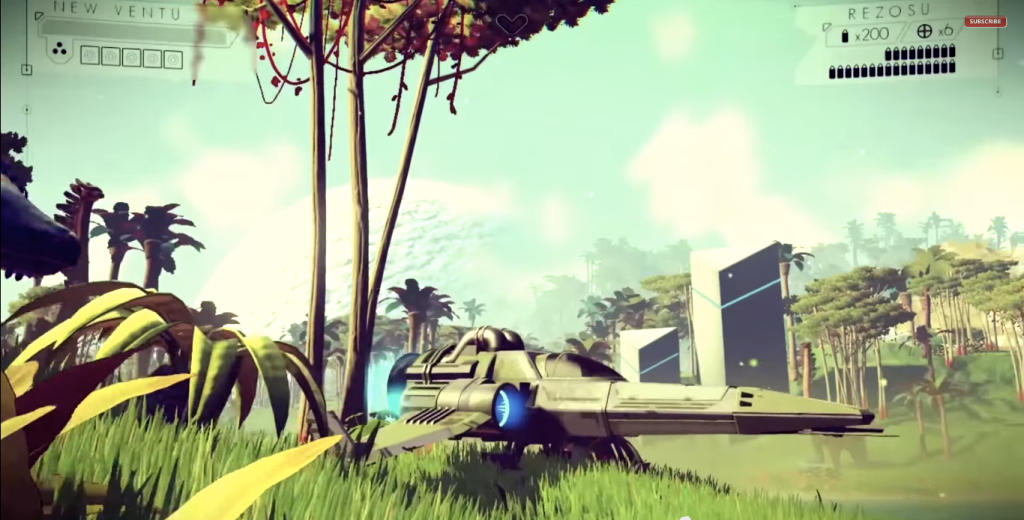 In ‘No Man’s Sky,’ all these worlds are yours, even Europa.

The conceptual leap from Joe Danger to No Man’s Sky is astounding. Joe Danger is a game in which the titular Joe rides his 360-cc dirt bike over and above various motocross obstacles, scoring points by collecting floating stars. No Man’s Sky seeks to launch the player into the stars, to explore a universe measured in light-years — actual light-years! — full of explorable planets, themselves inhabited by all manner of undiscovered alien flora and fauna.

I mean undiscovered in the truest sense. There are two ways a developer can choose to build a free-roaming video-game world. One is to have a team of design artists build every single object and environment in the game, as in Rockstar Games’ Grand Theft Auto series or Bethesda Game Studio’s Skyrim. The other way is to hand over creative duties to the computer AI, a process called “procedural generation.” Hello Games refers to No Man’s Sky as “an infinitely procedural universe.”

This method of world creation means the game contains things that no one — not even the game’s creators — has ever seen. “Recently we were demoing the game to some press … and one of the journalists secretly grabbed the controller and started to play,” Hello Games founder and No Man’s Sky programmer Sean Murray told me over email. “He kept turning to us saying things like, ‘If I follow this river, what’s down there?’ and we were like ‘I genuinely don’t know.’ You could feel this buzz as everyone watched, like literally we don’t know what’s out there and we’re just watching someone explore a whole planet that no one has ever visited before.

“It happens all the time. We create these systems, layers and layers of simple systems. Together they create something that is chaotic, it’s almost impossible to predict. I create the algorithms that generate our terrain for instance, and I’m always seeing rock formations, or rivers, waterfalls, caves that I just didn’t know could exist … like those floating islands that you see in our trailer. For creatures and life, it always surprises me where life will find a way to grow. You find these bacteria readings in the deepest caves of planets that you thought were totally sterile. It’s a little thing, but it blows my mind.” 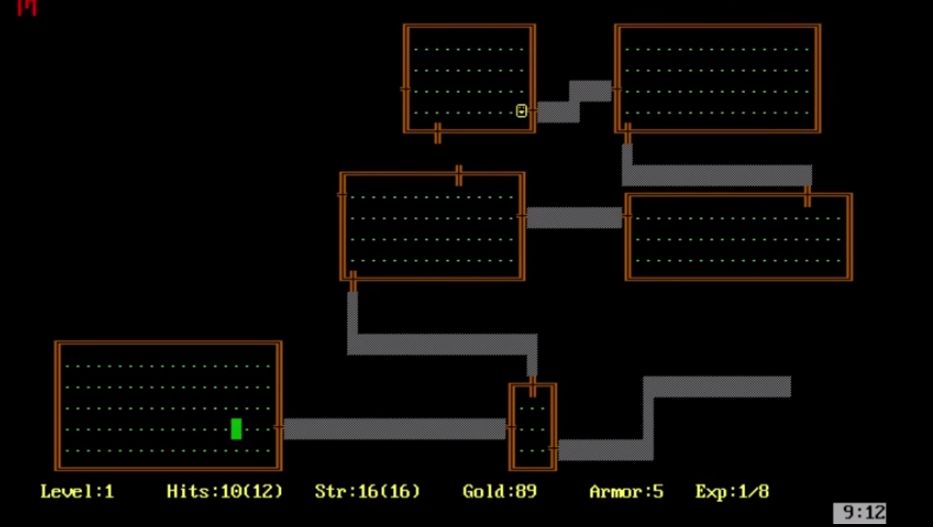 Procedurally generated games have been around for 30-plus years. Rogue, released in 1980, used procedural generation to create a labyrinthine dungeon populated by monsters that the players had to fight through on their quest to retrieve the fantastically named MacGuffin “the Amulet of Yendor.” Rogue inspired an entire genre of similarly designed games called “Roguelikes.” 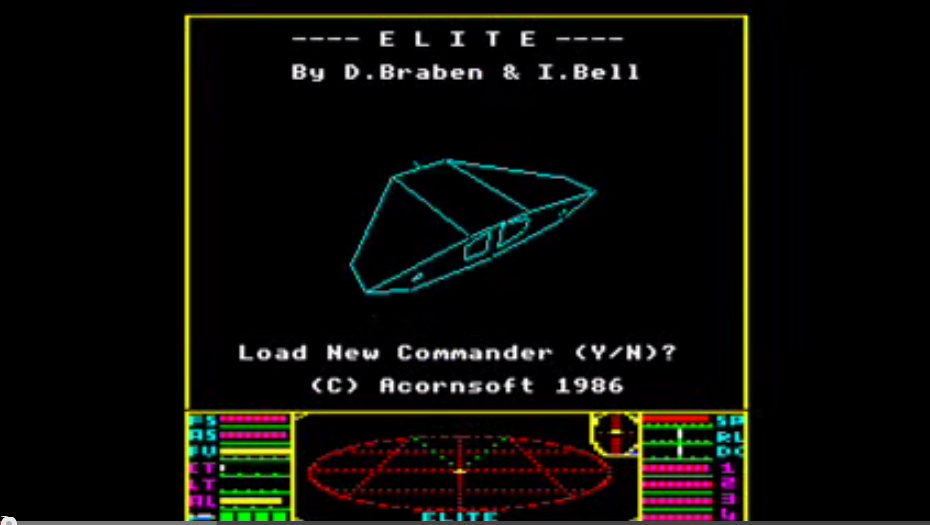 The most direct conceptual ancestor to No Man’s Sky is David Braben and Ian Bell’s influential mid-’80s game Elite. Elite was an open-ended space exploration game containing elements of trading and combat, and used procedural generation to create explorable galaxies while keeping the size of the game’s code small enough to run on Thatcher-era home computing technology. “For us specifically, everyone on the team played Elite when they first started playing games,” Murray told me. “And I think that set a lot of expectations for the games we always thought we’d be playing in the future. But they didn’t really happen. More Elite-like games came out, but they didn’t really expand on the core game.” 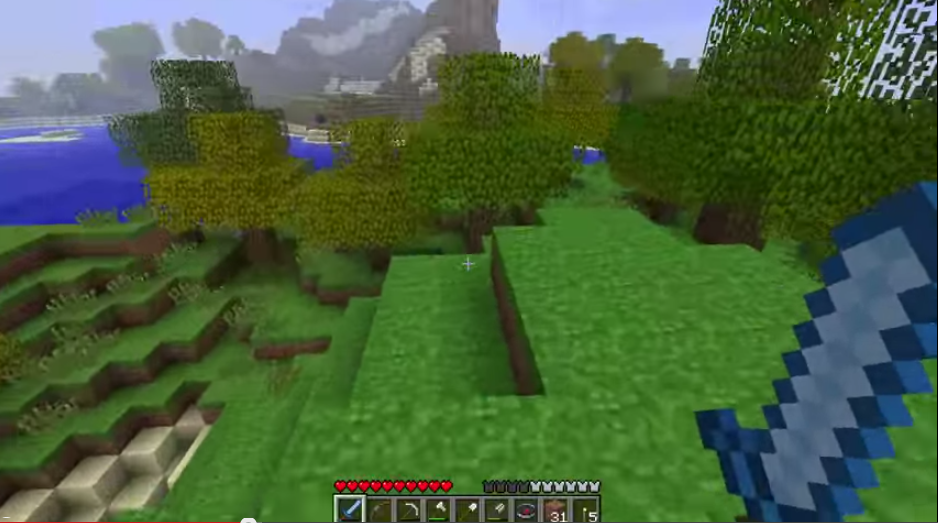 Minecraft, released in 2011 and now available on every gaming platform from PCs to mobile phones, puts the player in the middle of a gigantic procedurally generated landscape that can be mined for resources that the player can use to craft literally anything, from swords, chairs, a shot-for-shot remake of Star Wars: Episode IV, and King’s Landing from Game of Thrones. Almost three years ago, a man who calls himself Kurt J. Mac reached peak nerdom by quitting his job to document his virtual trek across the world of Minecraft to the fabled “Far Lands,” the place at the edge of the game map where the bugs in the algorithms undergirding the landscape show up in the game’s graphics. It will take him an estimated 22 years to complete the journey, at which point I imagine he’ll have to take stock of just what went wrong in his life.

The differences between the thrust of previous open-world games, even one as improvisationally free-form and vast as Minecraft, and the creative ambitions behind No Man’s Sky is simply a question of scale. If Hello Games succeeds in creating what it envisions, No Man’s Sky will embody themes from gaming’s past and present while blasting the form into the far-flung infinite future.

For instance, the game includes some form of a multiplayer element, with players sharing the same unexplored universe, a fairly quotidian feature in modern gaming. But that doesn’t mean the players should expect the standard World of Warcraft–type of massively multiplayer gaming experience, with gamers meeting up in-game up and performing quests. Again, think of the scale. Talking about the size of the game at the recent E3 Electronic Entertainment Expo, Murray said, “What we’re dealing with is planet-size planets. So, even just one planet, if a million of us played, we would still be really far apart. So, scale that up to a universe — it’s actually really unlikely that you and I are going to meet.” No Man’s Sky is a game that you could conceivably never finish playing, full of planets you will never fully explore.

“I think my generation has grown up with films and games that exclusively show the dystopian future, the post-apocalyptic,” Murray told me about Hello Games’ influences in our email conversation. “Before that though was something far more hopeful, that golden age of science fiction, actual fiction, where we imagined a world that was more wonderful than our own. That’s the kind of universe of impossible worlds we want to set players loose in.”

Murray has been cagey about the nuts-and-bolts details of No Man’s Sky’s gameplay. How does combat work? How does the economic component work? How does the player level up his or her ship? How are missions structured? Are there even missions as gamers understand them? These questions are unanswered. But, honestly, I don’t care. I’m just ready to go to space. That’s the thing about aiming for the stars. Even if you get only part of the way there, you’ve still gone farther than you ever imagined.