The biggest names in the rom-com pantheon are known to us all — your Grants, your Ryans, and, obviously, your Robertses. But what we don’t realize until we watch their classic rom-coms again years later is that these films have deep benches of supporting actors popping up in bit parts all over the place. Sure, we all remember Oscar winner Frances McDormand playing Diane Keaton’s sister, for no good reason, in Something’s Gotta Give, or Parker Posey as an improbable Tom Hanks love interest in You’ve Got Mail. But when did Paul Giamatti play a no-name role opposite Julia Roberts? Hint: It was post–Pig Vomit. Drawn from Box Office Mojo’s list of the 25 top-grossing rom-coms of all time, here’s a “Where Were They Then?” list of some of your favorite stars of 2014, and the rom-coms in which they probably got to partake of no rom and, in many cases, very little com.

Premise: Ad wizard/misogynist Nick Marshall (Mel Gibson) is challenged to understand the female perspective for a campaign, but when he experiments with panty hose and beauty treatments, he accidentally electrically shocks himself; when he awakens, he can hear women’s thoughts.

Surprise Star’s Relation to Lead: Greer plays Erin the File Girl, a troubled wallflower at Nick’s office whose suicidal thoughts Nick hears; thus, he is able to save her life, and the gift/curse is lifted.

Subsequent Achievements/Accolades: Several award nominations for her role in the ensemble of The Descendants; an Annie nomination for voicing Cheryl on Archer; a co-headlining role in FX’s new sitcom, Married.

Is She Now More Successful Than the Movie’s Lead? Let’s just say no one is champing at the bit to invite Gibson into their Sprint Framily. 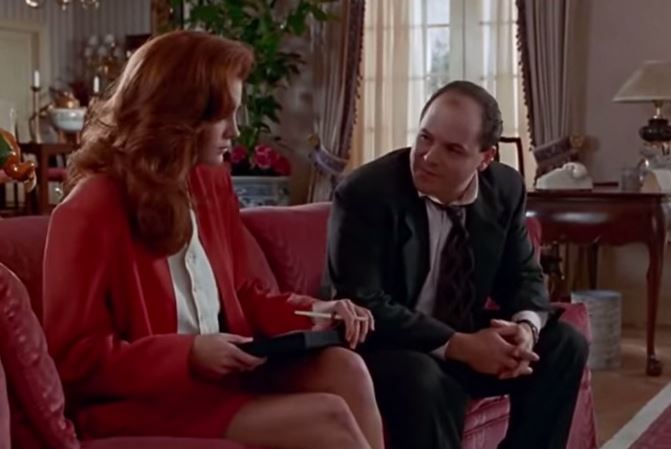 Premise: Busy, attractive, rich executive Edward (Richard Gere) decides it’s a good idea for him to engage the services of a street prostitute (Julia Roberts’s Vivian) for a whole week to be his escort to various important business meetings and social events.

Surprise Star’s Relation to Lead: Alexander plays Philip Stuckey, a scumbaggy work colleague of Edward’s who figures out that Vivian has been escorting Edward on a professional basis. Philip tries to convince Vivian that she should also have sex with him, and when she refuses, he attempts to rape her.

Is He Now More Successful Than the Movie’s Lead? Neither Gere nor Roberts has made that many crowd-pleasing blockbusters lately, but both probably have more name recognition with the average American than the man who (a) most people know only as George, and (b) has made himself somewhat less recognizable with a pretty bad hairpiece. 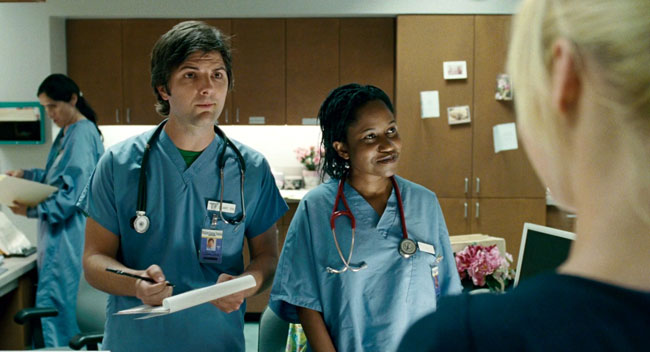 Premise: After an impulsive one-night stand with Ben (Seth Rogen), Alison (Katherine Heigl) finds herself accidentally pregnant. Should the two of them try to make it work as a couple for the sake of the baby?

Surprise Star’s Relation to Lead: In a funny-free role, Scott plays a brusque delivery nurse at the hospital when Alison goes into labor.

Subsequent Achievements/Accolades: Not content to stop at the honor of playing Mr. Leslie Knope on Parks and Recreation, Scott also created and stars in The Greatest Event in Television History on Adult Swim.

Is He Now More Successful Than the Movie’s Lead? Rogen, the film’s accidental father, is surely richer, more famous, and generally more successful than Scott, and yet, unscientifically speaking, I’m pretty sure Scott is more beloved than Rogen and Heigl put together.

Premise: Melanie (Reese Witherspoon) has it all: a successful career as a fashion designer and a fiancé (Patrick Dempsey) whose mother happens to be the mayor of New York City. There’s only one problem: Before she can get married, she has to go back to her Alabama hometown and divorce Jake (Josh Lucas), the guy she married when they were both teens.

Surprise Star’s Relation to Lead: Lynskey is Lurlynn, a former classmate of Melanie’s. Remember the part in the trailer when Melanie’s like, “You have a baby! In a bar!”? Lurlynn is that baby’s mother.

Subsequent Achievements/Accolades: She’s a bona fide indie queen with roles in movies like The Perks of Being a Wallflower, Shattered Glass, The Informant!, and the current They Came Together, plus — like Greer — award nominations for being in the ensemble of a Best Picture Oscar–nominated George Clooney vehicle (Up in the Air, in Lynskey’s case).

Is She Now More Successful Than the Movie’s Lead? Maybe not. As far as I know, no one’s asking her to headline any film adaptations of Oprah-endorsed memoirs. But she’s starred in a lot fewer embarrassing DUI videos, which is to say, none.

Premise: Jules (Julia Roberts) and Michael (Dermot Mulroney) were never much good at dating when they were younger, but they still made a deal to be each other’s marital backup if neither of them ever found anyone better. Except now, Michael has: He’s engaged to Kimmy (Cameron Diaz)! And just in time for Jules to realize she wants him for herself, so she’s going to have to stop the wedding!

Surprise Star’s Relation to Lead: Giamatti plays a Sir Francis Drake Hotel bellman who tells Jules she can’t smoke in the hall, then sinks down next to her on the floor and takes a few drags himself.

Is He Now More Successful Than the Movie’s Lead? He’ll have to play a lot more founding fathers and morose Canadians if he ever wants to catch up to Roberts. 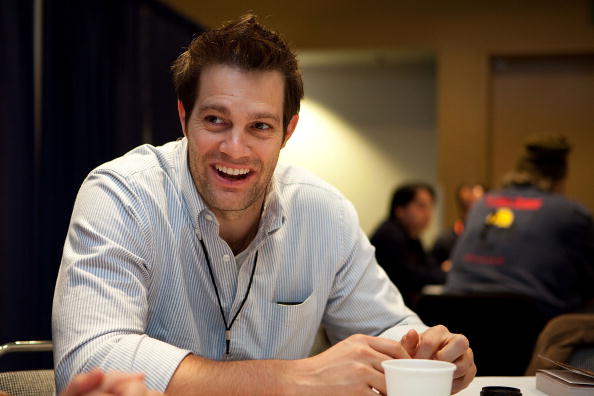 Premise: Gary (Vince Vaughn) and Brooke (Jennifer Aniston) arrive at the painful realization that they may not actually be right for each other and should part ways. Unfortunately, they share a condo, and since neither can afford a new place alone, they’re just going to have to live together until they sell their old place.

Surprise Star’s Relation to Lead: Stults plays Mike Lawrence, one of the guys Brooke dates after Gary; when Brooke makes the mistake of making him wait for her when he comes to pick her up for a night out, he ends up bro-ing out with Gary.

Is He Now More Successful Than the Movie’s Lead? Being the star of a cancelled Friday-night sitcom does put one in a certain stratum. But it’s pretty far down compared to Aniston’s and Vaughn’s.

Surprise Star’s Relation to Lead: Mortimer is credited as “Perfect Girl,” one in a montage of women William’s friends set him up with when things with Anna go south.

Subsequent Achievements/Accolades: She won an Independent Spirit Award for her role in Lovely & Amazing, and cocreated and starred in HBO’s sitcom Doll & Em.

Is She Now More Successful Than the Movie’s Lead? Basically, no person on this list or anywhere else in the world is ever going to be more successful than Roberts. We don’t have stars like that anymore. 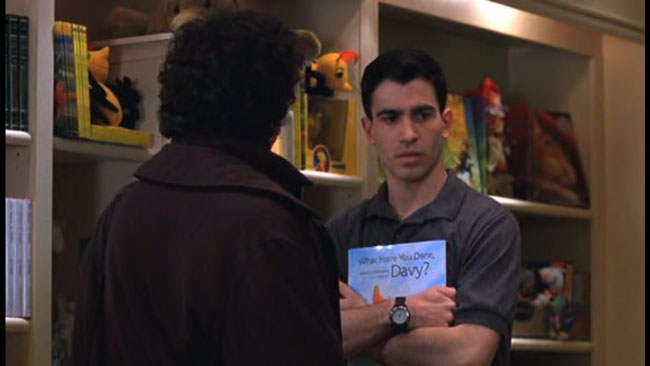 Premise: Pixieish children’s bookstore owner Kathleen Kelly (Meg Ryan) fights the threat of a big-box bookstore moving into her neighborhood while carrying on a flirty email correspondence with an anonymous man … completely unaware that her secret e-crush is Joe Fox (Tom Hanks), of the very Fox Books that might put her out of business!

Surprise Star’s Relation to Lead: At her lowest moment, Kathleen wanders into the children’s department at the newly opened Fox Books near her store and overhears as clueless bookseller Messina fails to answer a customer’s query.

Subsequent Achievements/Accolades: In addition to his long list of roles in indie movies (including Away We Go, in which he played husband to listmate Lynskey), playing Danny Castellano on The Mindy Project has turned Messina into a sex symbol for the thinking woman with a crotchety-dad fetish.

Is He Now More Successful Than the Movie’s Lead? Definitely not Hanks. Even with Ryan’s lower profile these days, she’s still probably more of a draw than Messina — but I bet he’s gaining on her.

Premise: When a friend suffers another romantic disappointment due to her doing everything wrong, sassy magazine writer Andie Anderson (Kate Hudson) pitches a story inspired by her pain: a faux-how-to that outlines all the mistakes women make in relationships. But when her editor challenges Andie to run her game on an unsuspecting target, she happens to choose a guy (Matthew McConaughey) who’s also made a bet with his female colleagues: that he can make a woman fall in love with him!

Subsequent Achievements/Accolades: She headlined last year’s Afternoon Delight and has become a mainstay of the alt-comedy crowd thanks to roles in movies like Wanderlust and Our Idiot Brother.

Is She Now More Successful Than the Movie’s Lead? Not McConaughey — particularly not as we all luxuriate in his ongoing McConaissance — but it feels like Hudson might cave and do an unfunny premium-cable “sitcom” sometime in the next six to 18 months, which would at least make her and Hahn peers.