Typically, on the Internet, nostalgia is thrown on things from our past when an appropriate, relevant date presents itself. A peg, if you will. But sometimes, it just feels right to discuss something from days gone by, just because. For that reason, Grantland contributor Vann Newkirk and staff mascot Rembert Browne have decided to break down Will Smith’s “Wild Wild West” 1999 MTV Video Movie Awards performance. 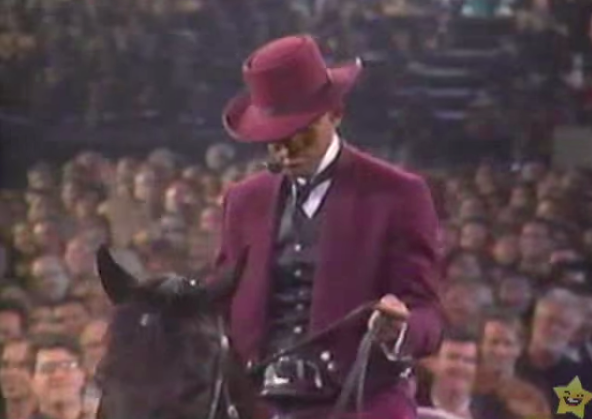 Newkirk: You just reminded me that Will Smith and Mitt Romney have the same name. Congrats.

Browne: Willmitt just got off his horse and immediately raised one arm, as if to signify victory, before the actual performance even started. What a king. 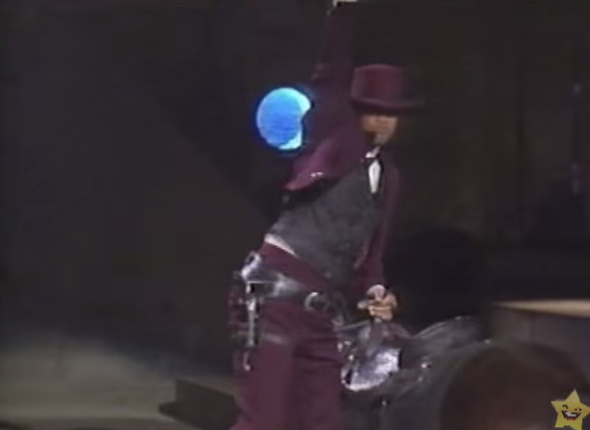 I have to assume this was a celebratory “Y’ALL LOOKIT, I JUST RODE A REAL HORSE.”

Newkirk: Or, “I JUST RODE A REAL HORSE AND I DIDN’T DIE OR KICK A WOMAN IN THE HEAD”

Browne: Will is onstage doing lyrical turntable scratches, and I am so here for it. You have to be so next-level cool to do certain things with such reckless corn-filled abandon.

Newkirk: It just occurred to me that these are the ‘99 Video Movie Awards. Fourteen years later, on this same storied network, this happened. 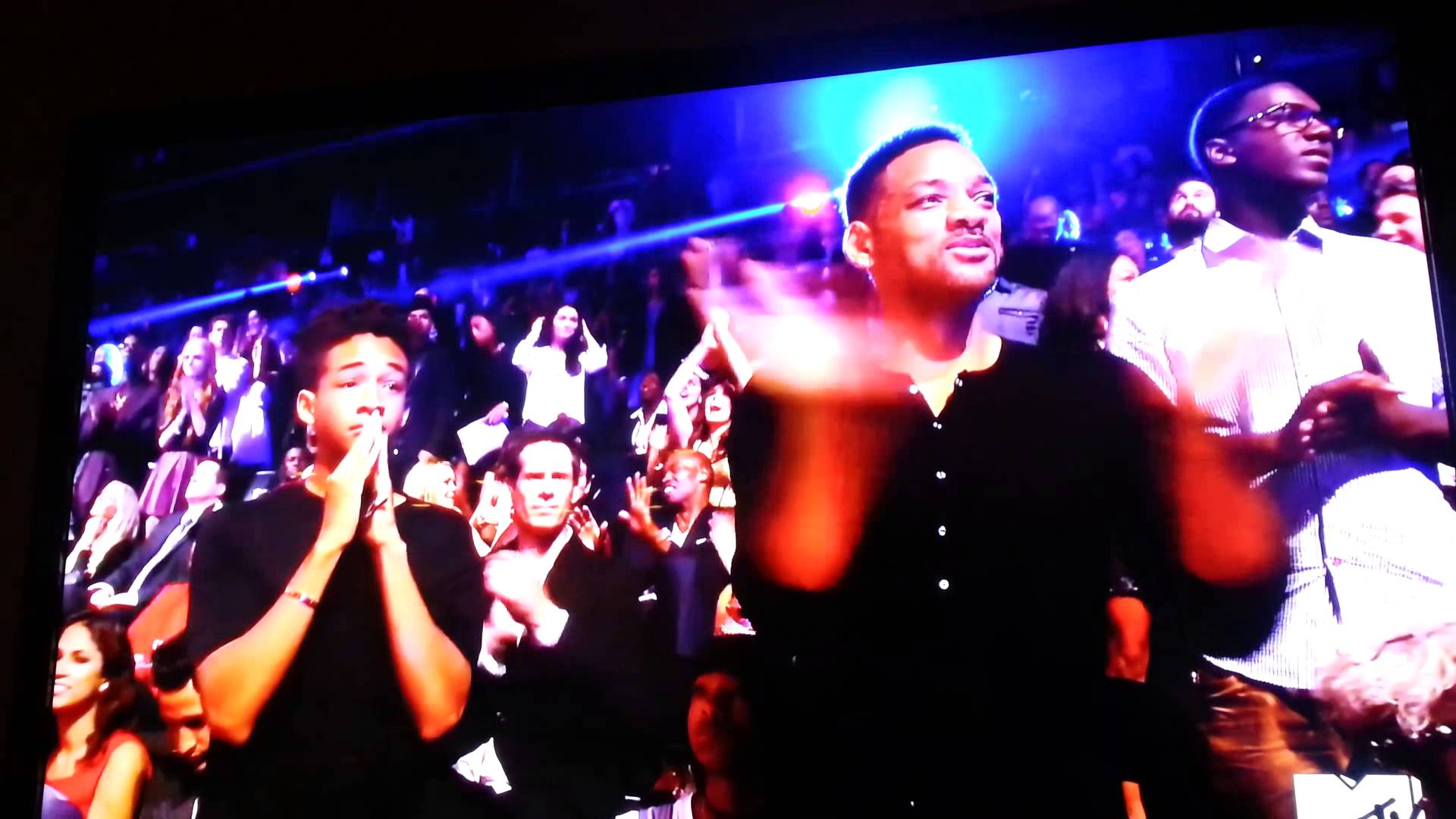 Browne: 1999. What a charmed time to be alive. Remember the Video MUSIC Awards that year? On 9/9/99. If you had cable and were anywhere between 10 and 14, that year’s two VMAs were the two greatest days of your life to that point. Also, it was bittersweet, because there was a chance these were the final two VMAs, before we all died via Y2K Willennium.

Newkirk: You sure we didn’t, and this isn’t all a post-Willennium J.J. Abrams–style dream? The idea of a dancing rapper is wild nowadays. Imagine Future breaking out an MJ “Smooth Criminal”-inspired dance sequence in a purple hat with a fake gun. Imagine that shit. Imagine Meek Mill riding a horse into the VMAs. Imagine Drake … doing anything that involves moving limbs and rapping at the same time. Will Smith is the GOAT.

Browne: Hot take: If you really didn’t like rap, “Wild Wild West” was your jam. A second flame emoji opinion: The reason this song is so terrible is because it couldn’t start any worse:

Are you kidding me, Will? One would hope that, in making a rap song, you would want to string words together that others would also enjoy saying. But this opening — it’s painful. One time I think I faked a four-second phone call just to get out of the first line.

Newkirk: Think I missed the memo about this song being awful, because it’s awesome, Rembert. Will Smith + Sisqó is like the Hall & Oates of the ’90s. True Detective, Season 3. The Fresh Dragon.

Browne: We should probably actually talk about the performance. Something that I appreciate about it: They turned a big-budget event like the VMAs into something resembling a junior high musical. 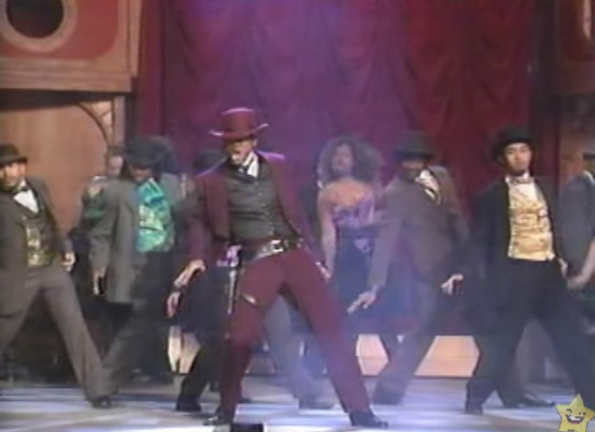 “Wild Wild West” at the VMAs walked so that Hamilton at the Public Theater could run.

Newkirk: True. Also, DID YOU JUST NOTICE THAT WILLENNIUM REGISTERS AS A REAL WORD IN GOOGLE DOCS?

Browne: We’re so blessed. Speaking of God, this Will Smith call-and-response “now who you gonna call” section is very Kirk Franklin of him.

Newkirk: I wish he would have brought out Kirk Franklin.

Browne: Having not seen this in a decade, I swore that was Hannibal Buress in all black leather. But it was Kool Moe Dee. 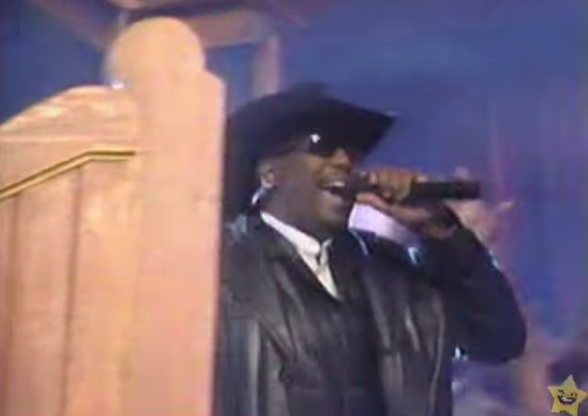 Hey Hannibal, it’s Rem. You should really consider going as Kool Moe Dee from the “Wild Wild West” VMAs performance for Halloween. Everyone who reads this post and Kool Moe Dee will instantly get the costume.

Newkirk: Oh look, it’s the two junior partners of Dru Hill, casually strolling down a staircase in leather suits. Where the hell is Sisqó? His part’s coming up? 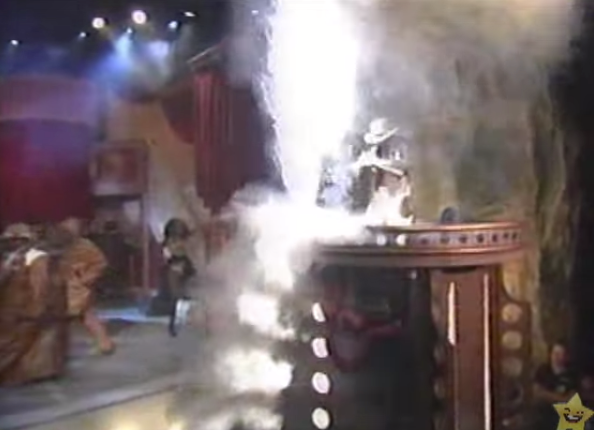 Browne: You’re right. They are junior partners. Good lord, Sisqó was the king.

Newkirk: That intro, just wow. There’s fireworks. Sisqó in a suede suit and vest. Sisqó dropping perfect notes even though he’s being bathed in fire in a suede vest. Then there’s Sisqó jumping 15 feet in the air and landing it, easy.

Browne: Watching Will Smith, Kool Moe Dee, and three-fourths of Dru Hill do Destiny’s Child–like choreography together is something special. We didn’t realize how good we had it in 1999. It’s easy to forget how famous Will Smith was between 1999 and 2000. DO YOU KNOW HOW FAMOUS YOU HAVE TO BE TO GET AWAY WITH THIS?

Newkirk: You think Sisqó could have a late-career renaissance as a white party Tom Joyner linen suit staple who casually does hooks for Kanye and awesome stuff with Snoop Dogg?

Browne: I’m glad you brought up Tom Joyner, because I was just thinking about Essence Fest. And with Essence Fest comes Archbishop Charlie Wilson. I never realized it until now, but Sisqó has some Charlie Wilson in him. That whine that should be annoying, but is still great. That whine that doesn’t really contain any literacy, but you still manage to assign English words to it — it’s right there. And it’s great. And I miss it. SQUABADOOBEEEE. 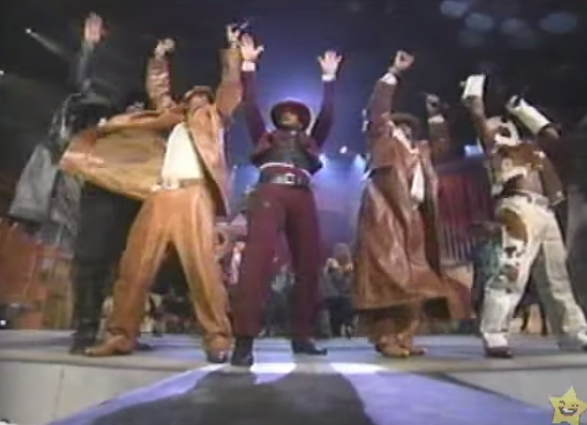 Browne: They look like the interiors of five different minivans.

Browne: How ’bout you keep my grandma’s couch out your mouth.

Newkirk: Watch this part a few times. Here’s Willard, attempting an MJ-style hat flip, getting it kinda right but with none of the actual style that makes the move cool. 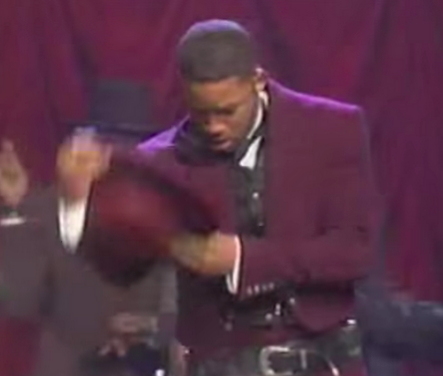 You can tell he really has no idea what he’s doing and just practiced really hard for this one moment. He looks like a robot. He’s focused on the hat like it’s a calculus test. He’s Blake Griffin shooting jumpers.

Newkirk: I know, but do you see him out-dancing Sisqó during the breakdown? Meanwhile, Hannibal Buress has been in the corner dropping ad-libs for three whole minutes. In a leather suit that has to weigh 50 pounds. This is Spliff Star–level hypeman stamina.

Browne: SHUT UP I FORGOT. 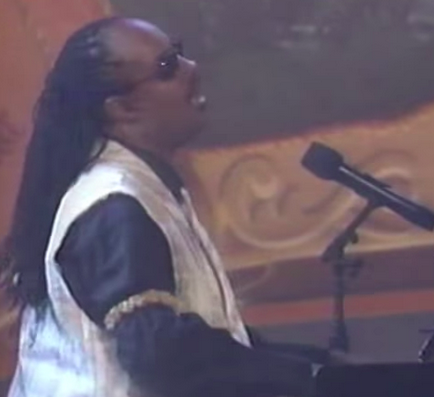 THEY ROLLED MY MAN OUT, PERHAPS THE GREATEST LIVING MUSICIAN, FOR THE FINAL SCENE OF THIS COMEDY OF ERRORS LIKE HE WAS ERIC BENET OR SOMETHING. I WILL NEVER FEEL OK ABOUT THIS. HE DESERVED BETTER OR AT LEAST HIS OWN LEATHER GETUP.

Newkirk: Yes. Stevie Wonder on a saloon piano harmonizing with Sisqó. Will Smith, Stevie, Kool Moe Dee, Dru Hill, and Jazzy Jeff on the same stage to the tune of a $4 million Western reenactment. This is the greatest thing ever.

Browne: I was hating, but you’re right. This is actually the greatest song, performance, and moment in American history. 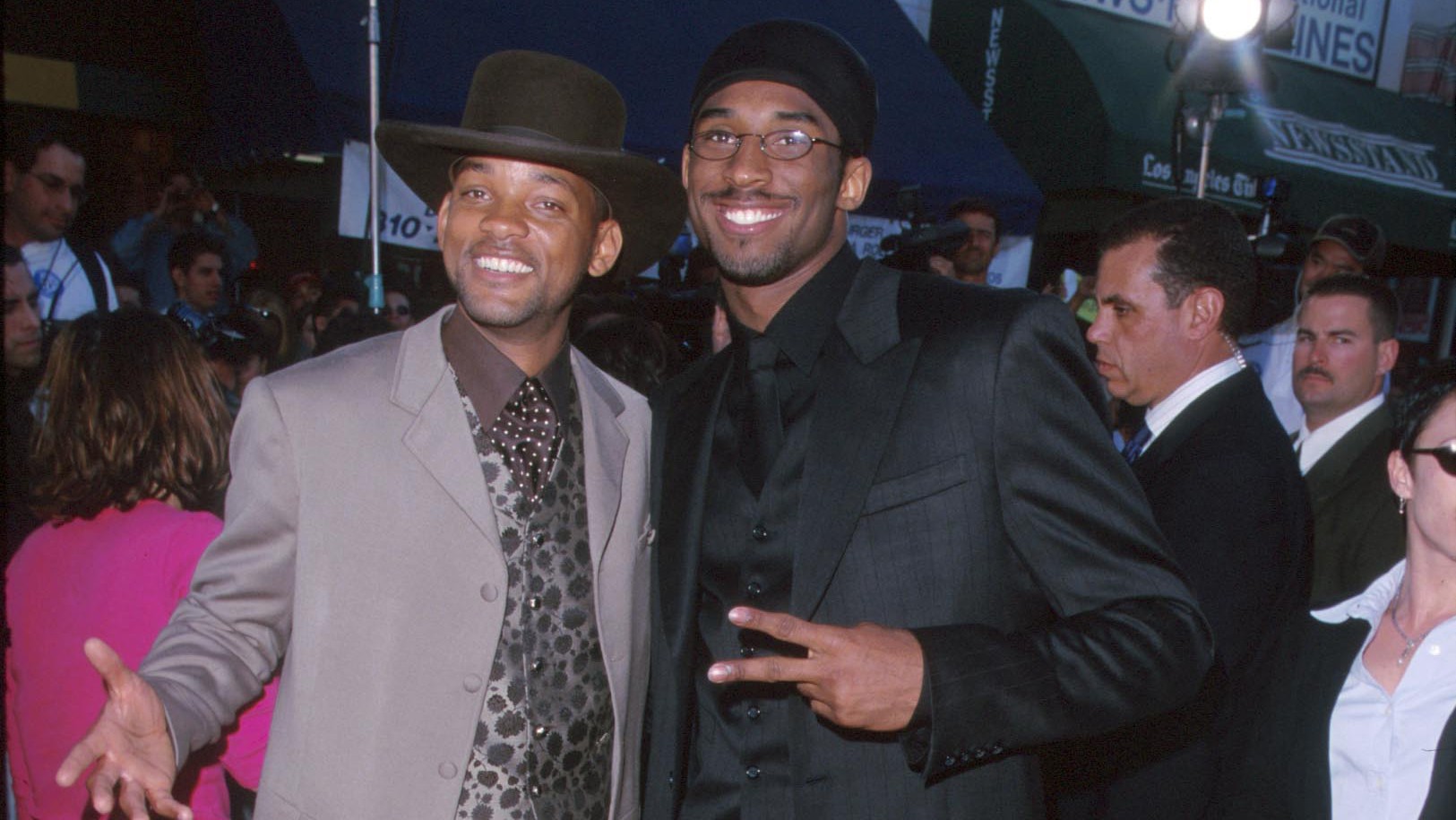