Remember when Charlize Theron was dating Stuart Townsend, split up with him, and then vowed not to marry until gay marriage was legal? That was the Charlize Theron of the aughts. She seemed principled and grounded. The most well-known thing about her personal life was that her mother shot and killed her abusive father. Remember all that? It’s more difficult to see Theron as normal despite her background and way-above-average beauty now that her boyfriend of one year, Sean Penn, is allegedly filing the paper work to formally adopt her son. Last month, some sites speculated that they had gotten engaged, but there’s no paperwork or even an always-present ring to confirm it. Penn has two biological children with Robin Wright. Does he need another one, legally? I suppose it’s a nice gesture, but I’m skeptical that these two are in it for the duration of Theron’s son’s life. Couldn’t this get confusing and perhaps litigious? Just some questions.

Breakup Backstory of the Week: Cristiano Ronaldo and Irina Shayk

Fellow single parent Cristiano Ronaldo was recently dumped by his longtime girlfriend, supermodel Irina Shayk. The European power couple dated for five years, and she was by his side for his previous Ballon d’Or wins, but was noticeably absent for his most recent visit. Her presence, or lack thereof, was particularly noticeable because last year was such a family affair. 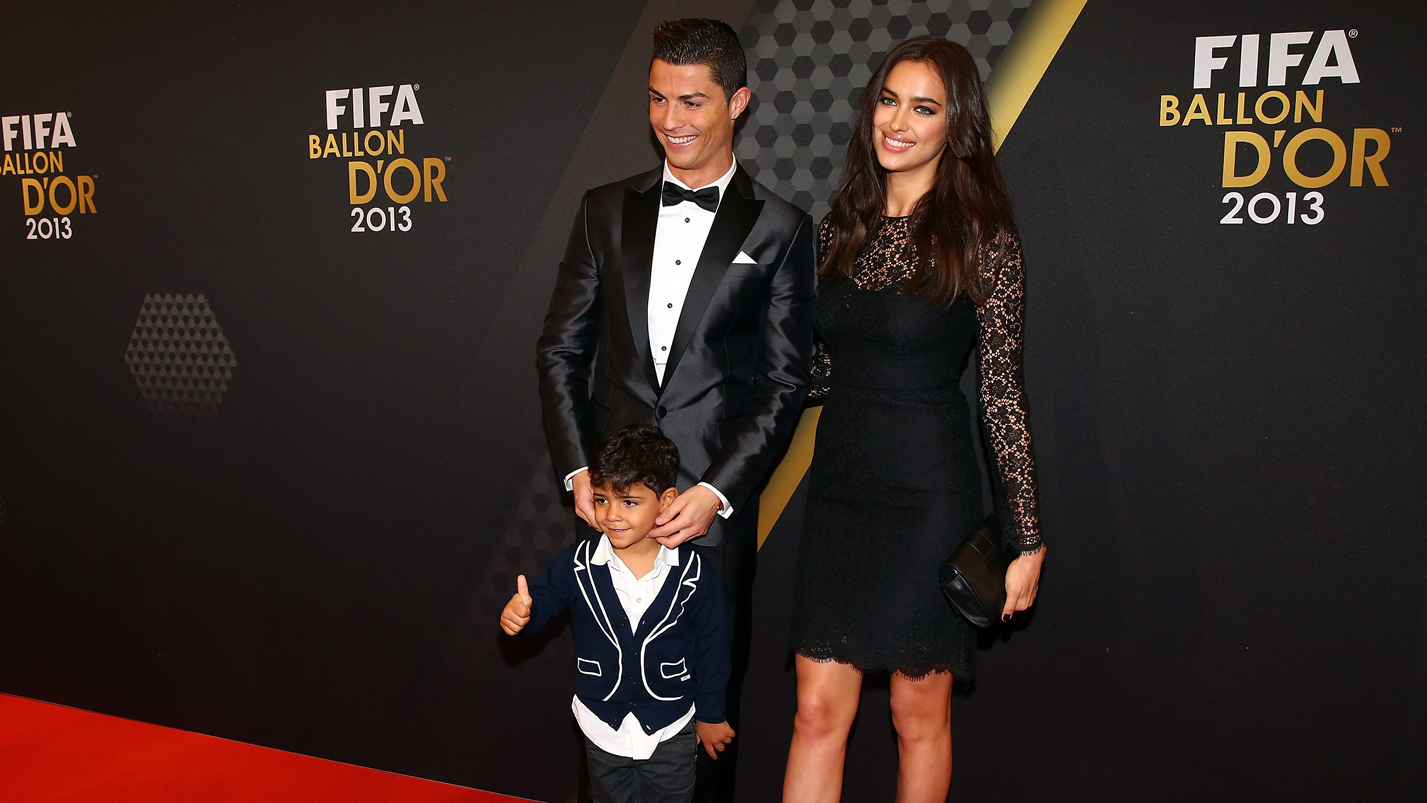 Page Six reports that Irina finally accepted that Ronaldo was cheating on her, a lot. Among the supposed side pieces: Rita Pereira, a Portuguese TV host who also posed in Playboy, and Brazilian model Andressa Urach. Page Six also writes that Ronaldo was partying with NBA player J.R. Smith. Of all the rumors out there about Cristiano, that’s the most believable. That was probably the final detail that Irina learned, one that she couldn’t ignore. If your man is partying with J.R., it’s not a good sign.

Feud of the Week: Diplo vs. Taylor Swift, Round 2

Taylor Swift and Diplo do not like each other. Diplo dated Katy Perry, Taylor’s sworn enemy. Taylor, allegedly, wrote “Bad Blood” about Katy. Diplo tweeted something dumb about Taylor needing a booty. Lorde got involved. It was all dumb, though quite entertaining. Diplo and Perry have since parted ways, but the Diplo-Swift standoff carries on, and now he’s even taking on the Swift Army. In an interview with GQ, he said:

Taylor Swift fans are really crazy. They threatened to murder me and stuff. It’s really bizarre, and disgusting. They’re the worst people in the world … Taylor Swift is very strategic with her friends and enemies. And I know lots of secrets. I can’t divulge, but I know a lot of stuff about her. And she’s definitely, there’s definitely scary stuff going on. And I’m scared. I’m scared for my life.

Here’s my proposal: Reboot the I Know What You Did Last Summer franchise, starring Taylor Swift, Diplo, Lorde, and one other music dude TBD. Apparently there are enough skeletons in Swift’s past to base the script on actual events.

Litigation of the Week: Phillip Phillips vs. Idol

Tough times for American Idol. No one watches or cares about that show anymore, and one of its own is turning on the franchise. Phillip Phillips is suing to get out of his contract with Simon Fuller’s 19 Entertainment. According to The Hollywood Reporter, Phillips was cajoled into performing at events for American Idol’s corporate sponsors without payment. His lawsuit also claims that he didn’t know the title of his album before it was released, and that 19 can get up to 40 percent of his endorsement deals. The Reporter’s story suggests that if he wins the lawsuit, Phillips’s case could affect many other Idol contestants, and reality competition contests in general. This would probably be the second most impressive thing Phillips would ever do, falling behind his ability to get “Home” stuck in everyone’s head for one year.

Breakup of the Week: Mandy Moore and Ryan Adams

There’s no discussion necessary. Season 2 of Entourage is unequivocally the best season. It’s the one that featured Mandy Moore as Vince’s ex-girlfriend and Aquaman costar. It was the peak of Vince’s likability and her acting skills. If it’s not too late, the Entourage gang may want to write her into the movie, or at least the sequel. Mandy Moore and Ryan Adams have split up, so she’s available. They have been married for almost six years. She presaged the separation announcement with a foreboding Instagram post.

Strategic move. If you’re throwing yourself back in the spotlight, might as well prolong your stay.

Best Hotel Concierge of the Week: Ramon in Texas

Texas is a special place where dreams come true. A woman named Sarah Kovacs Grzywacz was staying at the Hotel Indigo San Antonio Riverwalk, where they boast impeccable concierge service. She requested a framed photo of Nicolas Cage next to her bed, because why wouldn’t she want that? Ramon from the Indigo provided her with not just one photo, but of all three that she requested — Cage in Con Air, Moonstruck, and 8MM. Ramon deserves an award, or at least a promotion.

Oddball Pairing of the Week: Courtney Love and Kevin O’Leary From Shark Tank

Are Courtney Love and Kevin O’Leary dating? TMZ caught them leaving dinner together in Beverly Hills. Mr. Wonderful said it was not a date, because he is married. Hopefully Courtney Love will be on Shark Tank in some capacity.