Every movie set on the sea is dope. White Squall is dope. The Perfect Storm is dope. Master and Commander is super dope, plus your man Paul Bettany goes out and catalogues turtles. 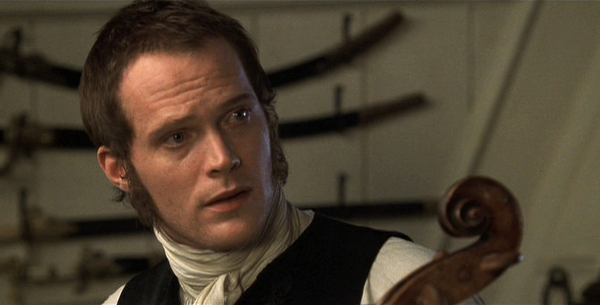 Sometimes, when I’m waiting for someone to Gchat me back, and it says “So and So is typing,” this scene plays in my head:

The Hunt for Red October is flames. You wonder why they can’t make a good Jack Ryan movie? NOT ENOUGH SUBMARINES. I like every movie ever set on a submarine.1 I will ride a Lipizzaner stallion for Crimson Tide. I also like U-571, K-19: The Widowmaker, and Das Boot.

I at least have never hated a submarine movie. Put it that way.

Sometimes I think Jaws is the best movie ever made.

I like the stakes — basically: don’t drown2 — and I like the setting. I like the man vs. nature part of it, sure. But I also like the way the sea amplifies heroism and exploits weakness. Whether you’re facing a shark or a Russian sub, we’re going to find out who you are before the end of the story.

And don’t get eaten by a shark.

When movie characters go into space, all sorts of epistemological questions get asked; characters go through wormholes and find out that the distress beacon they’ve traveled light-years to find is just a manifestation of their own inner demons and personal failures. The only way to get back to Earth is to confront the fact that their dad was a chump. When characters go out into the sea, there’s just the sea. Because the sea is the sea. And it is dope.3

Incidentally, I am more interested in space in real life. I actually find the sea a little boring to look at and scary to contemplate. There’s a reason John F. Kennedy didn’t urge America to explore the ocean. It’s because it is wet and terrifying.

I bring all of this up because there are two sea movies coming out soon, and I am all in on both of them.

First, there’s Black Sea, which comes out in January.

U-boat full of gold? Jude Law rocking the Begbie-from-Trainspotting accent? Ben Mendelsohn and Scoot McNairy, reunited for the first time since that scene in Killing Them Softly in which they did heroin while listening to “Heroin”? You could say I am jacked for this movie. Or better yet, you could say I bought this sweater: 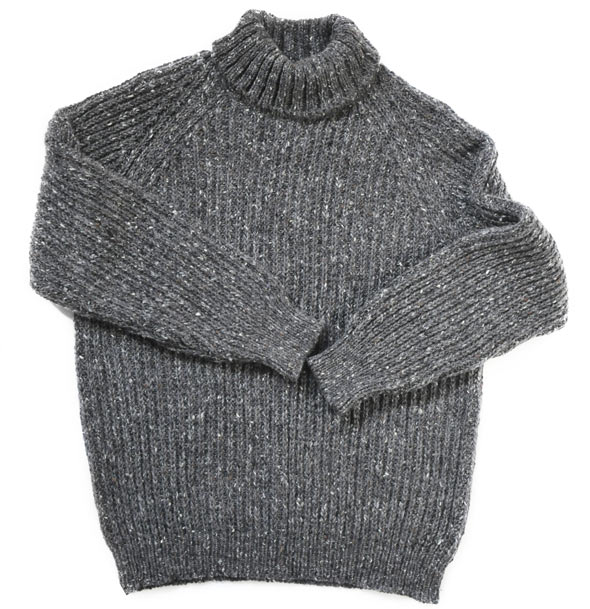 … JUST FOR THE OCCASION. Side note: I had no idea there was a private submarine industry. I thought all submarines were owned and operated by navies. Just goes to show you: The sea teaches you something new all the time. Let’s just hope there’s a scene in which Mendelsohn and McNairy are out on the ocean while Led Zeppelin’s “The Ocean” is playing on the soundtrack.

Next, we have In the Heart of the Sea, directed by Ron Howard and dropping in March. GREAT TITLE, RON.

Howard and producer Brian Grazer probably walked into Warner Bros. and said, “Thor. On a boat.” And then they swept all the crap off the studio exec’s desk. Sometimes this stuff sells itself.

Howard is a weirdly divisive figure, at least in the Grantland office. I really like Apollo 13 and Backdraft. Some people like A Beautiful Mind. Some do not. One thing he knows how to do is shoot folks-in-distress-because–Mother Nature–is-ROILING movies. Dudes vs. Space. Dudes vs. Fire. Ron Howard is your guy. Now he’s doing Dudes vs. Water (and a whale).

This one is the story of a 19th-century whale ship attacked by a Moby Dick–like whale. The Moby Dick part is important, because this was the story that inspired Herman Melville to write about Ahab & Co. Ben Whishaw plays Melville in the film, and Cillian Murphy and Benjamin Walker costar with Thor. It looks like Master and Commander meets Alive, with a dash of 20,000 Leagues Under the Sea thrown in for good measure. That’s good chowder.

So go buy a cable-knit sweater and start affecting a bizarre Nantucket accent. Start measuring distance in nautical miles and talking about speed in terms of knots. Early 2015 is going to be the season of the sea. I’ll see you on the water.