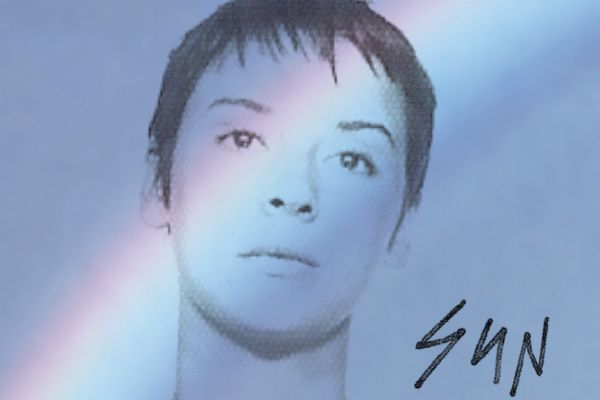 On Tuesday, Matador Records released Sun, Cat Power’s ninth album in 17 years. Cat Power is the recording and performing moniker of Chan Marshall, an artist so notoriously unpredictable that when I just described her as “unpredictable,” a cascade of black balloons fell from the ceiling and a giant banner unfurled informing me that I am the 10,000th writer to refer to her that way. 2006’s The Greatest was Cat Power’s biggest breakthrough, both creatively and in terms of notoriety. Sun is her first album of original material since The Greatest and her first new album since the 2008 covers collection Jukebox.

The anticipation for Sun has been high, and the album, blessedly, meets the expectations. As a result, Marshall’s been doing a ton of high-profile press leading up to its release and has been saying some amazing, shockingly honest, and hilarious things. In the past she often treated journalists with distrust and hid by spinning yarns (in 1998 she told Spin she moved to Manhattan to become a sports announcer “but my internship fell through because of my on-air diatribes against those fucking rainbow wigs”). Now she finally seems totally comfortable with defining her own mythology in interviews while still letting all the weirdness spill out of her. The following are some of her best quotes from this round of profiles and Q&As. To make it extra fun, I also threw in one fake quote. See if you can spot it!

1. “So blood type A — my blood type — is one of the most prevalent in the world, and you can trace it all the way back to the ancient Egyptians. It’s very old blood. Where did the new blood come from? Aliens. In Ancient Aliens, they explain how these visitors — these dragons in the sky — came down and helped create civilization. How the ‘angel’ descended on Mary and got her pregnant — maybe an alien? — and then left. All the stuff that connects the Egyptians — who had the obsession with the elongated head — to a tribe in South America who were also doing the elongated head thing. How far away are those two cultures? It’s something to think about. So, where do I live? Where is my home? [Laughs.] That’s my answer. I’m convinced none of us are really from here.”

2. “I saw Ryan Gosling in that movie, ‘Lars and the Real Girl.’ Amazing actor, right? You can see right through him, you can see his soul. I Googled ‘Ryan Gosling singing,’ and I saw him as a little boy, and that’s what I did when I was a little girl, I could’ve been in the Mickey Mouse Club [as Mr. Gosling was]. I saw him singing as a little kid, and I understood something about him. I think he’s a new leader type, a creative type. In 20 years he’s going to have done really great things for the world.”

3. “Nobody ever talked about the clouds, how every cloud looks different: low clouds, high clouds, fast clouds, slow clouds, blue sky, dark blue, light blue, planets, moons. No one ever talks about that shit, or goes to church for it. As a kid I knew the grass and I knew the wind. I knew that. That was very clear.”

4. “Besides humiliation, degradation and invalidation, actually not knowing who you are when you’re trapped in a room — not actually knowing your name, what you look like, how old you are, where you come from — is the worst feeling.”

5. “A long time ago, Jonathan Richman was talking to my friend in Iceland. She said, ‘If I was up there onstage, I would just be dancing around!’ And that made me cry. But then Jonathan Richman said, ‘When you’re playing by yourself in front of a lot of people, it’s like there’s a matador and a bull, and you don’t know which one you are. But the one thing you do know is that the crowd wants to see one of you die and one of you survive.’ That made me so relaxed.”

6. “So much of the time it’s just like, I really don’t want to be here. The basketball game is on. I just want to buy a bag of Oreos and get into bed. When I start writing, it’s like you have a hammer in one hand and a homing device in the other, and then it’s like, Now what do I do?”

9. “I’m putting, like, a recycled aluminum-foil crown on her head. And that’s what I had to learn to do myself. No one taught me how to do that except my friends and, like, my dog and the birds and the clear water from the mountain. I spent a lot of my life being afraid of things that did and didn’t exist. I realized how foolish I was — now I’m not afraid.”

10. “I’m just going where the wine takes me. I got more guts than brains, and that’s my problem. My gut taught me a lot, so I know a little bit. Does that answer the question?”

Wait, these were all real? Wow, how about that!