For six insane years, the ABC Family phenomenon Pretty Little Liars has captivated, frustrated, and tortured the teen-murder-drama-loving public with near-reckless abandon. With almost-death typically lurking around every corner for any character with a pulse, the main constant has long been a mysterious character known only as “A.” This “A” is the person/group/organization/government/Banksy that, for years, has tried to kill the Liars (and anyone they love, or have known, or have texted, or have sexted). But season in and season out, the same question remained: WHO IS A?

Last night, August 11 — the mid–Season 6 finale — that question was finally answered. But before tuning in and learning who “A” was, it was time to throw out some final guesses. 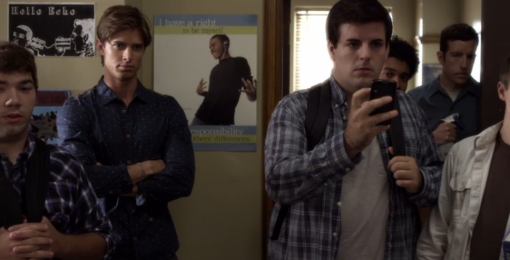 It was very unclear. For the longest time, I couldn’t decide if it was Emily. Or Alison. Or Allison. Or Alyson. Or Alyssa. Or Albertsons. Or Jerome. Or Rob Lowe’s Brother. Or Rob Lowe. Or Coral. Or the Miz. Or Harold. Or Meredith. Or Coffee Shop Guy. Or Mocha Joe. Or Maya. Or Noel Kahn. Or Adam Lambert. Or Nate. Or the Brit. Or Zack. OR EXECUTIVE PRODUCER OLIVER GOLDSTICK. 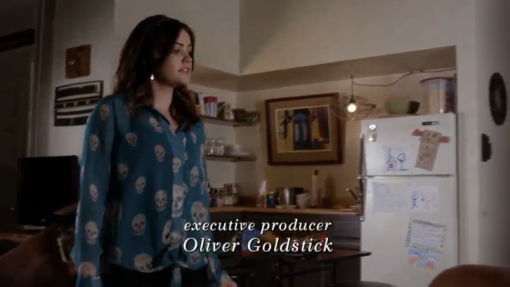 Everyone, at some point, has gone above and beyond the call of duty to convince those with eyes and ears that they were the dreaded “A.” Especially Spencer. And Garrett (again). And Pastor Ted. And Mom. And Paige. And Stabler. And Benson. And the Expos. And Clifford. AND OLYMPIC SWIMMER MISSY FRANKLIN. 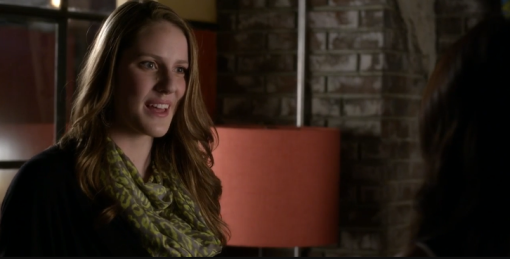 These were all legitimate guesses. But somehow, they were all wrong. After taking a two-year blood pressure break from watching Pretty Little Liars, last night I hopped back on the train, for one night only. Confusing doesn’t even begin to explain what the experience was like, especially upon finally learning the long-awaited identity of A:

A.K.A. OLDER SISTER FIGURE TO NOT ACTUALLY DEAD ALI

Of course this is how it played out. Of course the one thing I overlook is that “A” would probably be a child who was sent to a mental institution, escaped after faking death, transitioned, and became the “play” older sister to a once-thought-to-be-dead girl, but in actuality was a biological sibling the entire time and ultimately the realest killer and texted in these murderous, always-high-fashion streets.

What a show. What a journey. What a lack of you-know-whats given. These are the moments when Pretty Little Liars makes a Shonda Rhimes show look like a Bob Ross painting. With that said, this is also why I had to excommunicate myself from the Church of PLL. It’s just too much, even for me, lover of too much. But I salute the show for continuing to troll the public, especially when it’s worth assuming we’re mere months from learning that “A” isn’t even the main person to worry about.

Just wait until people start getting text messages again. From “B.”