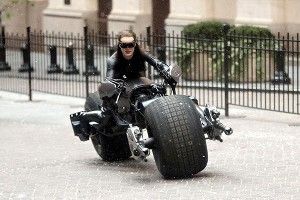 Usually by the time a third trailer for a big movie has been released, all relevant material has already seen the light of day and been thoroughly prodded, poked, and turned over by a nation of breathless fanatics. But you can rest assured that this new, third trailer for The Dark Knight Rises will unleash a whole new slew of deep-dive speculation. More specifically: Did Bruce Wayne just tell us he’s going to die? The specter of mortality hangs heavy here, as we see head villain Bane abducting our hero and throwing him down a deep, dark well. And when Wayne asks why he wasn’t just killed, Bane — who, thankfully, has become less indecipherable since the first footage from the movie was released (almost to the point of a kind of British high-tea lilt?) — tells him: “Your punishment must be more severe!” Meanwhile, there’s Alfred hooking up more fodder for the “This Is How Michael Caine Speaks” amateur practitioners: “I won’t bury you. I buried enough members a da Wayne family.” And finally, there’s Anne Hathaway’s Catwoman — presented here as much more of an accomplice to Wayne Enterprises than the OWS-esque rabble-rouser she’d come off as previously — very generously telling Batman that hey, look pal, you don’t owe the bad-at-displaying-affection people of Gotham anymore: “You’ve given them everything.” And then Batman growls, “Not everything. Not yet.” Nooo! Brucie! Don’t do it!