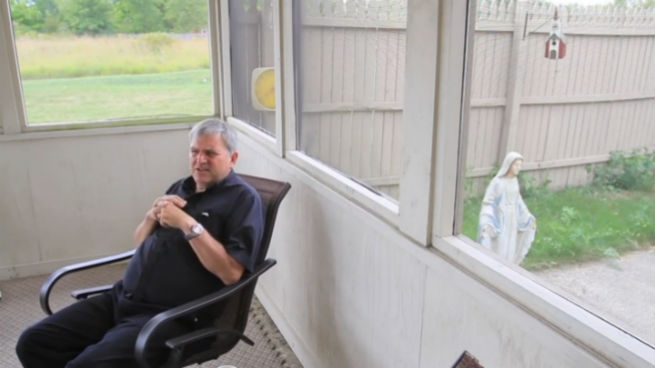 Yesterday, while most of you were busy digesting the 11-course dinner that was the 2014 Grammys, I was slouched over my computer reading a 6,000-word dispatch from the Indianapolis Star about a family under demonic possession. I was stuck in that pose like a hunkered-down hunchback for — I don’t know, three hours or something. This article had everything: swarms of flies, skeptical state officials, children walking up walls backward and flipping over their grandmothers, levitation, oozing substances, and spirit silhouettes in empty houses. Two hundred demons! Evil smiles! Holy water, Latin chanting, the exorcism lines from The Exorcist (“I cast you out, unclean spirit!”). Pretty much everything except a spinning head spraying pea soup was included.

The most remarkable thing about the story is that the Star obtained close to 800 pages of official records, some of which are hyperlinked (like the intake officer’s report, which documents one of Latoya Ammons’s three children “walk[ing] up the wall as if he was walking on the floor” and performing a “flip over the grandmother,” all of which “was witnessed by the psych counselor and DCS [Department of Child Services] worker”). Medical staff corroborated a report of one of the children being thrown into a wall by an invisible force; police officers who visited the house reported that their recording equipment malfunctioned, spooky silhouettes appeared in the photos they took, and one implied that he thought a spirit might have messed with his 2005 Infiniti. He wouldn’t remain in the house after dark. A DCS case manager experienced a funky sensation in her pinkie finger while at the Ammons house, and within 30 days of her visit managed to sustain third-degree burns and had broken three ribs, her ankle, and her hand. She told the Star her friends thought “that something had attached itself” to her. This is getting eerie, Indiana.

At first it all seemed pretty hoax-y, and I had to cross-check that the Indianapolis Star wasn’t the kind of outlet that was in the business of breaking news about Marlboro M marijuana cigarettes. We learned a lot in 2013, didn’t we? But no: Two Pulitzer Prizes prop it up very soundly. Abril Uno it ain’t. It didn’t convince me that demons are real — aside from the five minutes that I let it take me by the hand and lead me into my scary mental theme park — but it was the best true-life scary yarn that’s been spun in a while. The fact that the Ammonses (and Latoya’s mother, Rosa Campbell) called local churches and clairvoyants before they phoned the police reads like a red flag to a skeptic. (You’re drawing crosses with oil on your door before you contact the authorities? That’s like popping a couple of B vitamins to protect yourself from nuclear warfare! Kids are becoming devilish gymnasts and hopping over grandma here!) Campbell told the Star that “demons didn’t affect her because she was born with protection from evil,” which — you know, hmm — and one of the caseworkers (not the one with the broken bones) who refused to comment for the Star piece explained the weird occurrences as “behavioral issues” exhibited by the children in an official document. Maybe! But maybe not. And maybe not is a great place to start for a scary movie that can boldly bear the proclaimer “based on a true story.”

Look: I’m not a heartless vulture. Spoiler alert: The children were removed from Ammons’s custody for six months, and then everyone was reunited in 2012. The Ammons family relocated from their house on Carolina Street in Gary to Indianapolis, and the Devil hasn’t stalked them since. That means it’s OK to go ahead with your screenplay, because everyone is fine now (except that lady who broke all her body parts — I assume she’s mostly healed, but she probably aches something terrible when it rains). There’s no need to look to Paranormal Activity’s Oren Peli for the director’s chair, because that’s too obvious. No, what we need here is nuance: Guillermo del Toro might fit, but so might Ti West, who’s unpredictable enough to take this ghost story in an unexpected direction. Herzog? Romero? Craven? Nah. You don’t want this story to jump back into the box it seems to have come from; the whole draw is that stories like this are what fill the box in the first place. You might even want to consider someone like Richard Linklater or Julie Taymor, just to see what the hell they’d do with dripping ooze and demonic grins. This hypothetical movie could reinvent horror tropes, making us wonder whether the legend preceded the scribbled, supernatural evidence, or vice versa.

Though the situation resolved itself a couple of years ago, let’s not be assholes and fantasy-cast the Ammons family. You’ve got to have a substitute family or you’ll just feel indecent; whatever they went through, be it demons (again: 200 DEMONS) or a child’s “behavioral issues,” I want to leave them alone. I just want to rip the essence out of this story and cut them a check for a trillion dollars so they can throw a rager and make a bonfire out of their terrifying former house while drinking all the champagne and toasting their exorcist. That being said, I am now training my eye on Ryan Murphy and Brad Falchuk and sending them psychic messages to make this into the next American Horror Story season (not the fourth season, which we’ve already hashtagged as #german and #1950, but the fifth). What could be more American than Indiana? What story could be more suited to serialization than one that involves so many characters and batshit-crazy phenomena? Who has the best cast on speed dial? Bring it back home to Season 1: a haunted house, a family tethered to its awful basement and damned foundation because of the decidedly unsupernatural forces of economics, the tense but comforting claustrophobia of cohabiting in a paranoia-hive with the only other people who are witnessing what you see when the lights go out with a flicker.

I think we’ve settled it, then. It’s dark where I’m typing, and I’ve given myself the creeps. I’ll leave you with this line from the Star, a description of the Ammons children during their reported possession: Their “eyes bulged, evil smiles crossed their faces, and their voices deepened.” Just kidding. The exorcism of Taylor Swift is a much better note to end on.