Acromegaly causes the body to keep producing growth hormone into adulthood, putting more and more strain on the heart. The first doctor to see Andre told him he’d be dead by 40; he made it to 46. 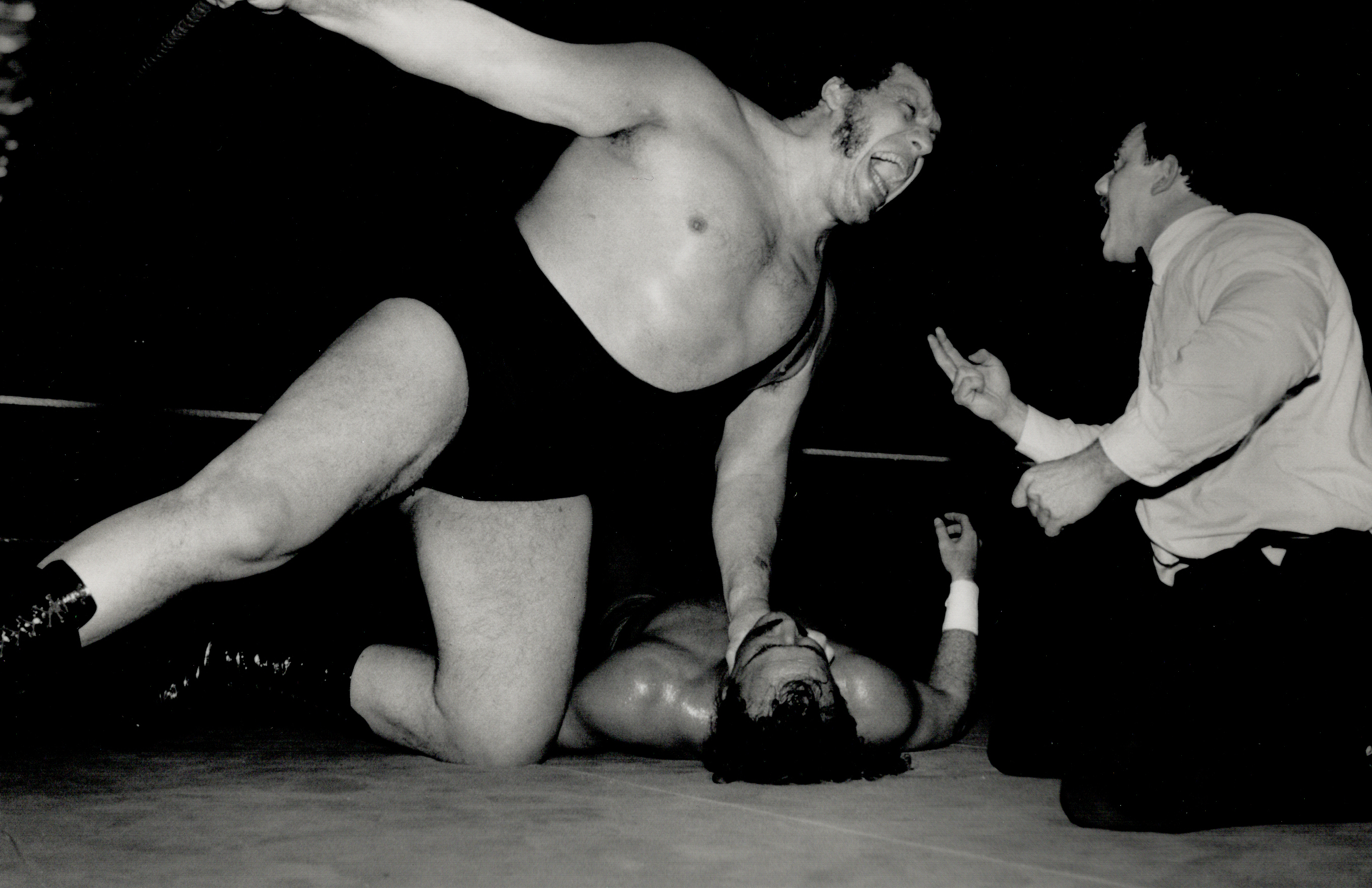 Arguably the whole point of the iconic Shepard Fairey OBEY stickers that use his face is that they defeat interpretation; at the same time, no one needs to have them explained.