The first round of one of these brackets is always a series of small but inevitable tragedies. To everyone who didn’t make the cut, I say this: You’re good enough, you’re smart enough, and doggone it, people like you, but that’s not always enough, especially in Round 1, when the merely great tend to end up facing down the undeniable, like people who have brought a regular cat to a laser-cat fight. A few observations from a day of carnage:

Losing Laraine Newman, Al Franken, Kevin Nealon, Rachel Dratch, Julia Sweeney, and Chris Parnell this early is a bummer, but there’s not a contrarian groundswell big enough to take down Aykroyd, Belushi, Farley, Fallon, Hartman, and Poehler. Farley flattened Nealon like Matt Foley falling on a breakaway coffee table; the inevitable showdown between Farley and his fellow sentimental steamroller Phil Hartman in Round 3 is going to be a barn-burner, unless Sandler somehow ekes out a win over Farley, in which case I feel like Hartman could go Final Four, easy.

Short over Curtin is curiouser — have you actually tried sitting through an Ed Grimley sketch lately? Kind of annoying, I must say! — and probably exposes the one big methodological flaw of a project like this, namely that if a performer’s had a great or even national-treasure-ish post-SNL career like Short’s, there’s no way to stop people from taking those achievements into account. On the other hand, the fact that Chris Rock went on to be one of the greatest stand-up comics of the last 20 years wasn’t enough to bring him even close to beating Adam Sandler, and despite their involvement with This Is Spinal Tap, Guest and Shearer presented no threat whatsoever to Gilda and Bill Murray, so, y’know, checks and balances.

You’ll meet no bigger Molly Shannon fan than me, but … [mournfully pours out Courvoisier on curb because life isn’t fair]

Seriously, though? If you picked Darrell Hammond over Maya Rudolph, this is the judgmental eye-roll I am giving you right now: 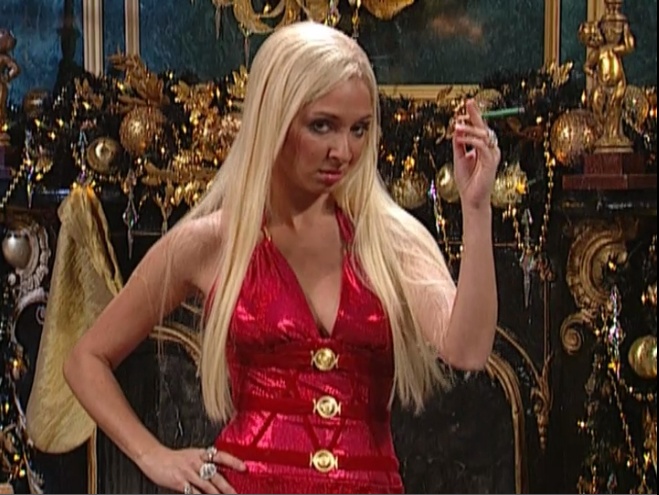 I mean, I understand that Hammond is basically Cal Ripken Jr. — 14 years in the cast, 280 total shows, 107 different impressions, delivered the line “Live from New York, it’s Saturday night!” at the end of 70 different cold opens, each of those stats a record nobody’s likely to break anytime soon — and that a vote for him is a vote for constancy and the comparatively unglamorous work of disappearing into characters and knowing your lane and accomplishing all of the preceding while battling a hell of a cocaine problem. I love the pitch-perfect mix of tomcat confidence and lip-biting sanctimony in Hammond’s Bill Clinton, the rare case of somebody else outdoing an impression originated on the show by Phil Hartman. And pretty much everything he does as Sean Connery makes me snicker like a 6-year-old, especially the way he says “SCHWORDS.”

All respect to the late Maya Angelou. SHE PUT A PIE UNDER THE BUTT OF MORGAN FREEMAN. C’mon, son.

Maya Angelou is my second-favorite Maya Rudolph character. My first-favorite Maya Rudolph character is Scott Joplin, father of ragtime, “frequent time traveler,” tennis enthusiast, and host of Tennis Talk With Time Traveling Scott Joplin. I believe I speak for as many as eight other people when I say that this is an all-time SNL classic, and one of the only recurring fake-talk-show sketches (other than “What’s Up With That”) that in any way justifies SNL’s unshakable faith in the inexhaustible comedic potential of the fake-talk-show format — although Rudolph and Amy Poehler’s “Bronx Beat” is golden, too.

And while a big part of what makes TTSJ so hilarious is the blossoming absurdity of its premise(s) — Scott Joplin can travel through time! And he hosts a panel-format talk show about tennis! And he is kind of a dick to everybody! — what really puts it over is the screwy, bobbleheaded good cheer with which Rudolph delivers Scott Joplin’s terrible put-downs and turns to the piano to punctuate them with ragtime rimshots. There’s something Lovitzian in her absolute commitment to a totally stupid idea — which gets funnier every time it’s reiterated. Time Traveling Scott Joplin, to an offended Anna Kournikova (Brittany Murphy): “Look, I didn’t travel in time to be mean to you, sweetheart. I travel in time to talk about women’s tennis.” 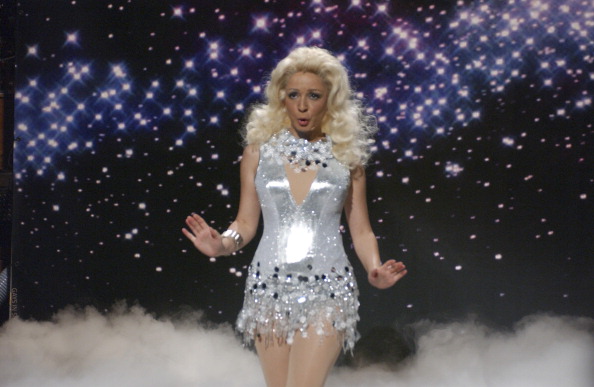 Rudolph can’t compete with Hammond on sheer numbers, but in her own way she was just as invaluable and chameleonic a utility player, modeling mom jeans one minute and sending up the preposterousness of glamour the next. Would the Prince Show have worked without her Beyoncé, Gemini’s Twin without her Britannica, “MacGruber” without her turtlenecks? What do you think, Donatella?