Yesterday’s Rolling Stone profile of Empire star Terrence Howard had the Internet confused, confounded, and scratching its collective head. Much of the piece described Howard’s unconventional worldview and some unique ideas about the multiplication table. Fortunately for you, dear reader, Grantland contacted its resident Terryologist, Dave Schilling, to better explain this exciting new vision for humanity.

Our musty old history books are littered with stories of men and women who saw through the fog of doubt and cynicism, who led with their hearts and not the part of their brain that tells them, No, you can’t do this. People will vilify you and call you names if you dare be so bold as to venture to shake up the status quo.

These visionaries I speak of — Pythagoras, Einstein, Tesla, Chuck Lorre — are unwilling or unable to conform to expectations of thought, behavior, and quality sitcom writing. We should be grateful for those who step outside the arbitrary boundaries of modern society. If you are reading this, you likely have questions about Terrence Howard’s Rolling Stone interview. In that piece, Mr. Howard explains a philosophy for life so powerful, so revolutionary, so magnificent, that most people who read about it were driven mad or had their heads swell up like the bad guy from Total Recall.

Not I. You see, I have studied the teachings of Terrence Howard — Terryology1 — for the last 10 years. Mr. Howard and I met one fateful day on the Memphis set of Hustle & Flow. I was a lowly PA and he was a brilliant actor locked in the bathroom rubbing crystals on his face and screaming about fractals. After I convinced him to come out and finish the movie he was contractually obligated to appear in, we became fast friends. I learned through him to see the world differently and to ask questions just like you are asking right now.

U.S. patent 20150079872 A1 — Systems and methods for enhanced building-block applications, as cited in Rolling Stone.

Allow me to answer all of those queries with one simple statement: The walls of your mind are a prison of your own making. You have the power to change your life for the better, if you so choose! Mr. Howard’s words are not a puzzle to solve or a maze to navigate. On the contrary, they are, in fact, as clear as a bright blue sky. He has “created the pieces that make up the motion of the universe.” It’s up to you to get off the floor of that metaphorical bathroom. There’s no PA here to tell you you’ll be fired and never work in Hollywood again if you don’t put those damn crystals down and report to the set immediately. That’s on you, my friend.

What I’m saying is that I shouldn’t have to explain this to you, unless you are a baby between the ages of 0 and 15 months or a Tarlac slave warrior of the Alpha Quadrant. After 15 months in this solar system, you should be able to grasp these rudimentary ideas about shape, form, energy, and DIY arts and crafts. But, based on the rather unpleasant response to Mr. Howard’s interview — “The 7 Most Bizarre Moments from Terrence Howard’s Rolling Stone Interview” and “Terrence Howard Is a Bad Person Who Is Also Crazy” — I believe it’s my duty to set the record straight. Allow me the indulgence of a point-by-point explanation of these important ideas:

One Times One Does Not Equal One

“After high school, [Terrence Howard] attended Pratt Institute in Brooklyn, studying chemical engineering, until he got into an argument with a professor about what one times one equals. ‘How can it equal one?’ he said. ‘If one times one equals one that means that two is of no value because one times itself has no effect. One times one equals two because the square root of four is two, so what’s the square root of two? Should be one, but we’re told it’s two, and that cannot be.’ This did not go over well, he says, and he soon left school. ‘I mean, you can’t conform when you know innately that something is wrong.'”

Once again, thousands of years of accepted wisdom fail us. Remember when people thought the world was flat? That the Sun revolved around the Earth? That Robert Downey Jr. was an honorable man who kept his word, looked out for his friends, and returned people’s voice mails even if they included multiple expletives and threats of physical violence? In each and every case, that notion has been refuted by SCIENCE. Why is it so scary to simply ask the question of how two times two can equal four, but one times one equals one? America was built on a question — specifically, “How much food can I fit in my mouth at one time before barfing?” Thanks to places like Olive Garden and The Cheesecake Factory, we’re answering that question every day. A lot. A lot, is the answer.

So, I ask you, how much knowledge can you fit in your brain without going mad? Hold that thought. We’ll come back to that.

Bubbles Don’t Have to Be Round

“Since I was a child of three or four, I was always wondering, you know, why does a bubble take the shape of a ball? Why not a triangle or a square? I figured it out.”

One important thing Mr. Howard taught me back in Memphis is that what you see and what you perceive are totally separate from what is possible. Perhaps bubbles are only round because we allow them to be. There are many belief systems in the world that promise adherents the ability to control their surroundings through mind powers: The Secret, Scientology, and the famous religious text Trump: The Art of the Deal. Terryology is different, though. Within Mr. Howard’s teachings are actual, proven methods for bettering yourself and mastering the physical universe with the power of thought. Ask yourself this question: Did you watch Wayward Pines? You did, didn’t you? Did you like it? No, you didn’t. So why did you keep watching? Perhaps it’s because Terrence Howard used his mind control powers to force you to finish it. When there is no logical explanation for your behavior, you must assume a supernatural origin.

In other words, when there’s only one set of fingerprints on your remote control, that’s when Terrence Howard was carrying you … to the Fox network on Thursday nights at 9 p.m. ET.

But for you, complete mastery comes much later. Let’s focus on shapes.

Surround Yourself With Whimsical Objects

“This is the last century that our children will ever have been taught that one times one is one. They won’t have to grow up in ignorance. Twenty years from now, they’ll know that one times one equals two. We’re about to show a new truth. The true universal math. And the proof is in these pieces. I have created the pieces that make up the motion of the universe. We work on them about 17 hours a day. She cuts and puts on the crystals. I do the main work of soldering them together. They tell the truth from within.”

Much was made of Mr. Howard’s interest in shapes. Back in Memphis, after Mr. Howard hit me in the head with a traffic cone for serving him grape juice at above room temperature, he paused and gazed at the unique object/weapon in his hand. 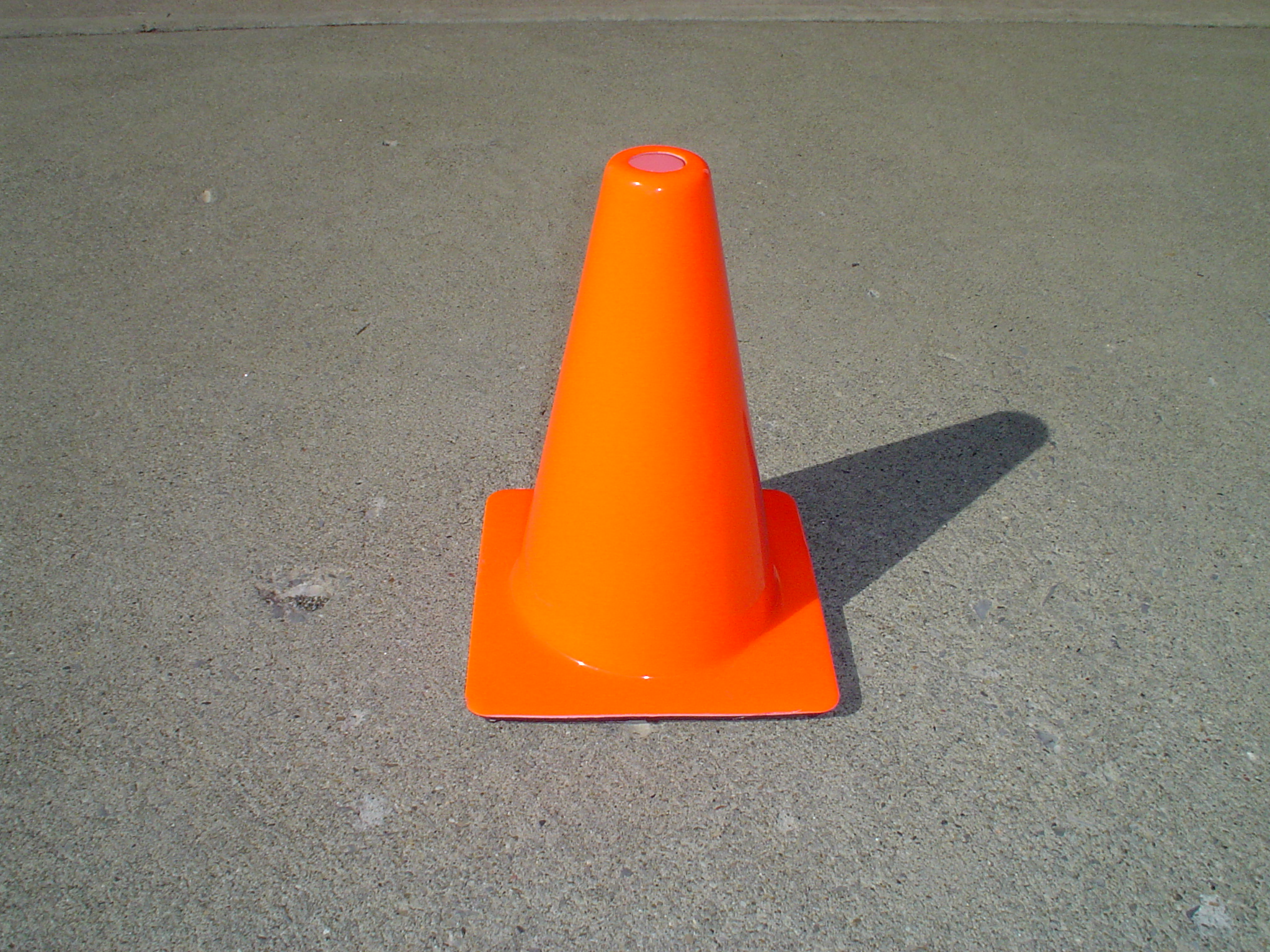 How can a thing have both four sides and a point on top whilst also being round? The form of it implies that the physical world is arbitrary, that a thing can be a thing, but also not a thing. Life is everything and it is nothing simultaneously. Again, it’s all what we choose for it to be. This might sound scary to you now, but it made sense to a very stoned Jeff Bridges on the set of Iron Man.

If your brain is starting to throb and you feel yourself getting woozy from the accumulation of androgynous frequencies, then it’s time to do as Mr. Howard would do and tell your brain to shut the hell up. You can hold as much knowledge in your brain as you want if you act like a man and demand it. All you have to do is talk real strong to your brain and say, “Hey! Brain! Terrence Howard commands you to let me learn more, so quit telling me one times one equals one, because that’s obviously wrong and da Vinci and Aleister Crowley would agree with me.”

Just remember to be fierce in your pursuit of intellectual truth. The power to change the world is inside you. As a great man — yes, we’re talking about Terrence Howard again — once said, “Only a tiger can approach a tiger.”

You are a tiger.

Your crown is waiting right there. Pick it up and put it on.

Trust me, it’ll fit. It’s one of those one-size-fits-all crowns.

Dave Schilling is an artist, writer, licensed Terryologist, Etsy store owner, professional Renaissance man, beekeeper, and the author of One Times One Is Two: Telling the Truth From Within — The True Universal Math, a Love Story in 12 Parts.