The question of how to best reflect an increasingly diverse society is one that the comic book industry has been answering in variously effective fashion. Marvel, in particular, has made admirable strides in widening its traditional cast of heroes.1 Thor, the Asgardian god of thunder, is now a woman; the mantle of Captain America has been taken up by the Falcon, one of Marvel’s seminal black superheroes; the new Ms. Marvel is a teenage Pakistani Muslim girl from New Jersey; the new “Totally Awesome” Hulk will be the Korean American hyperactive super-genius Amadeus Cho; and the company has been steadily releasing variant covers across its line of titles that are based on iconic hip-hop album covers.

Marvel and Grantland are owned by Disney.

All of these changes are welcome and, importantly, really, really cool. But the process, though no doubt well intentioned, has not been without its unintentionally awkward moments.

Over the summer, Marvel editor Tom Brevoort, who I also believe sincerely cares about diversity, was asked on his blog, “Can you explain why Marvel thinks that doing hip-hop variants is a good idea, when absolutely no announced writers or artists on the new Marvel titles, as of now, are black?” Brevoort replied, glibly, ‘“What does one have to do with the other, really?”

All of which is why the recent announcement that author and Atlantic columnist Ta-Nehisi Coates will be writing Marvel’s upcoming Black Panther series feels so important.

Marvel has brought in big-name outside writers before, of course. Lost cocreator Damon Lindelof wrote Marvel’s chronically, almost absurdly2 behind-schedule Ultimate Wolverine vs. Hulk. Joss Whedon’s run on (the also always-behind-schedule) Astonishing X-Men was, in my opinion, the best self-contained X-Men arc ever. Kevin Smith was famously brought in to write Daredevil (Ben Affleck wrote the introduction to the trade paperback collection of Smith’s arc). But those were all fiction writers. Coates’s work is firmly rooted in the nonfiction realm.

Originally planned as a bi-monthly limited series, the title’s six issues were released over a span of three and a half years, from December 2005 to May 2009.

Coates is, for those who may be unfamiliar, one of the most important and wide-reaching voices on the subject of race in America. His recent no. 1 New York Times best-selling book, Between the World and Me, an exploration of what it means to be black in America written as a bracing letter to his son, has been called “required reading” by Toni Morrison. His work at The Atlantic — specifically his copiously researched and irresistibly argued essays about reparations and mass incarceration — have illuminated the structural underpinnings, and historical roots, of racism for an entire generation of Internet-connected readers. He has also written and talked about his unabashed love of nerd shit — Dungeons & Dragons, video games, and Marvel Comics.

The story behind the creation of non-white/non-male characters during comic books’ silver and bronze ages is often one that’s equal parts honest effort, sales-juicing gimmickry, cynical exploitation, and nobody-knew-any-better ignorance. Marvel’s Shang-Chi, “Master of Kung Fu,” was created by Steve Englehart and Jim Starlin, two flagrant acid heads who were also fans of the television show Kung Fu, starring David Carradine. It was envisioned (again, by two white stoners) as a way to explore Eastern culture and philosophy. It eventually became a way to capitalize on the ’70s martial arts movie craze. Master of Kung Fu managed to be simultaneously old-school pulp-gorgeous and ridiculously racist all at once, with Asian characters, usually villains, often depicted on the page as having protruding teeth, golden yellow skin, and talon-like cocaine fingernails. The tagline on the cover of Master of Kung Fu No. 22 — “The fortune cookie says: death!” — seems almost like parody. 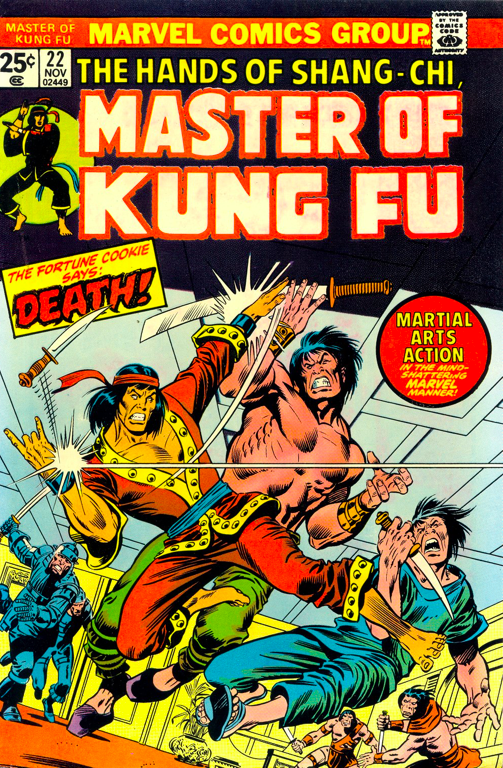 Marvel’s first attempt at bringing in female readers resulted in the Stan Lee creations the Cat, Night Nurse, and Shanna the She-Devil. The Cat (now known as Tigra) was a mild-mannered lab assistant who undergoes a medical experiment that gives her, among other powers, an enhanced “women’s intuition.” When Will Eisner Comics Hall of Fame artist Marie Severin got the cover art for the Cat’s debut issue back from inker Wally Wood, she found that Wood had removed all of the hero’s clothes, necessitating the emergency removal, via Wite-Out, of inked-in nipples and pubes. Night Nurse came about, according to Lee, in part because former Marvel publisher Martin Goodman “always thought there was something inherently sexy about nurses,” which is one thing that Goodman and Ernest Hemingway had in common. Lee also wanted each title to be written by a woman, which was both laudable and, considering the characters themselves, cynical. Shanna the She-Devil’s writer, Carol Seuling, quit after only a few months. All three titles were canceled in less than a year. 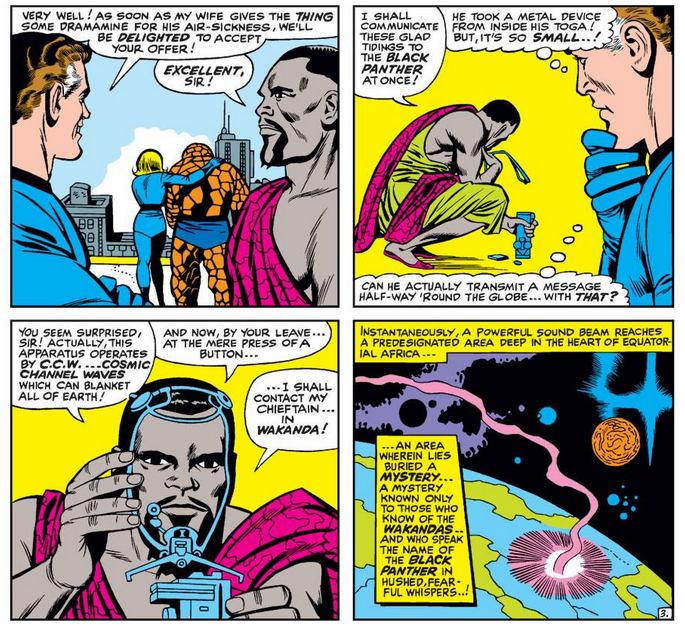 Luke Cage, formerly Power Man, was created specifically as a reaction to the popularity of ’70s blaxploitation films. Black Panther, on the other hand, has always been depicted with a regal independence that defied easy categorization. In his first appearance, 1966’s Fantastic Four No. 52, he sends a flying vehicle to the Fantastic Four as a gift, inviting the team to visit him in his homeland of Wakanda. Reed Richards — the smartest character in the Marvel Universe — is astounded by its high-tech design. Panther’s nation, Wakanda, we discover, is a land where historic customs exist hand-in-hand with futuristic technology. That technological development was spurred by Panther himself, as a means to defend his homeland from villainous corporate industrialists who want to plunder the land’s vast deposits of the rare metal vibranium.3

Which, among other purposes in the Marvel Universe, is used to make Captain America’s shield. 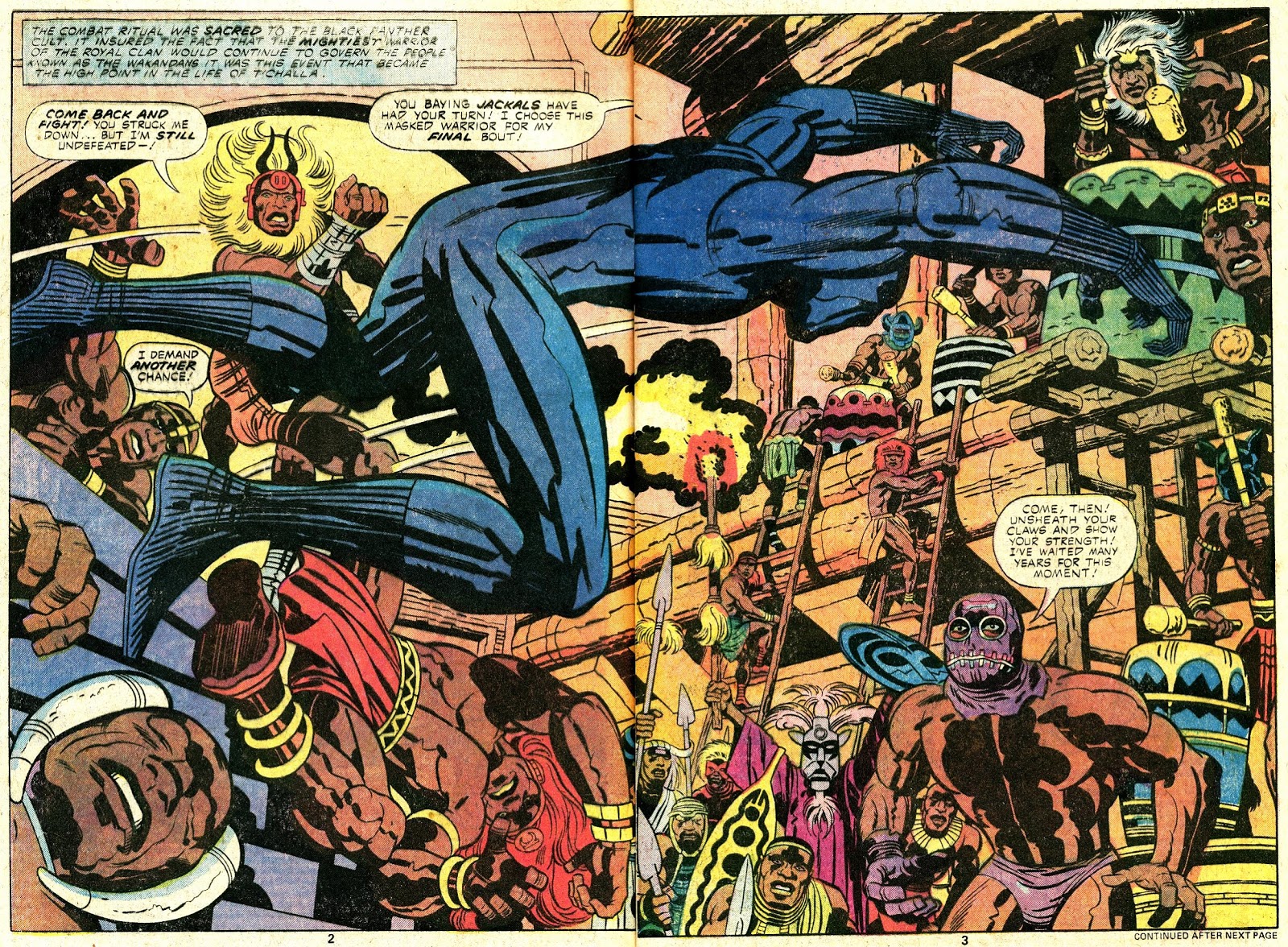 To pair a writer and thinker of Mr. Coates’s particular talents and interests with the Black Panther is, well, perfect. Perfect in terms of the potential synergy between character and creator and perfect in terms of the current, often contentious, dialogue between audiences and the entertainment industry. The timing — at least for Marvel, coming off the aforementioned stumbles and Selma director Ava DuVernay’s high-profile hard pass on the Black Panther movie — couldn’t be better. The Coates-penned Black Panther ongoing series will debut in spring 2016. T’Challa, played by 42 star Chadwick Boseman, is slated to make his Marvel Cinematic Universe debut in 2016’s Captain America: Civil War, paving the way for the solo Black Panther movie in 2018.

Will any of Coates’s take on Black Panther make it into Marvel’s movies? Asking that question feels like trying to pump the brakes on a train of runaway expectations. Marvel Studios’s conservative production style is famously constricting for creators. And the book hasn’t even come out yet! But who knows — cool things happen sometimes.