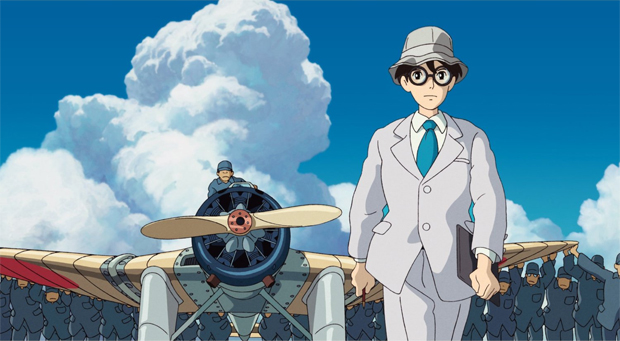 Hayao Miyazaki has vowed that The Wind Rises is his last film. It’s the movie of a ferocious animist and part-time surrealist who’s slipping away, leaving his body, moving on to some new ethereal place. Miyazaki has managed to find in the life of Jiro Horikoshi — the boyish aeronautics engineer who oversaw the design of Japanese fighter planes used in WWII — a bizarre tale of forthright creation and love. The vivid dreaminess of all Miyazaki’s animated projects appears here: the misshapen heads and faces; the ripping, undulating physical objects (especially the houses and landscapes during the Kanto earthquake of 1923); the riots of color. But the pastel palette bespeaks a determined, almost demented lightness.

This is the story of a boy obsessed with flight who realizes his dreams for the Mitsubishi Internal Combustion Engine Co. Ltd. In Miyazaki’s telling, Horikoshi is besotted with Italian aeronautics and with Naoko, a sickly aspiring doctor he meets on a train. Miyazaki dusts Horikoshi’s story with dreamy fiction: The entire film is a hopelessly romantic union of domestic and occupational contentment. Horikoshi brings home designs, and works (and smokes) with one hand, while the other remains clasped in Naoko’s. It’s as if Miyazaki is aware of the annihilation caused by Horikoshi’s innovation, but willfully separating cause and effect.

The Wind Rises was rereleased last weekend in a version with famous English-speaking voices (Joseph Gordon-Levitt is Horikoshi; Emily Blunt is Naoko), which feels like further dilution. It’s a movie about dreams and love and beauty and a sense of the afterlife that plays as historical reappraisal. There are rainbows and as many paper airplanes as real ones, and the mildness is a bewildering yet understandable means by which a filmmaker can enter retirement; a great thunderous allegorist exits the movies under a passive-aggressive spell. 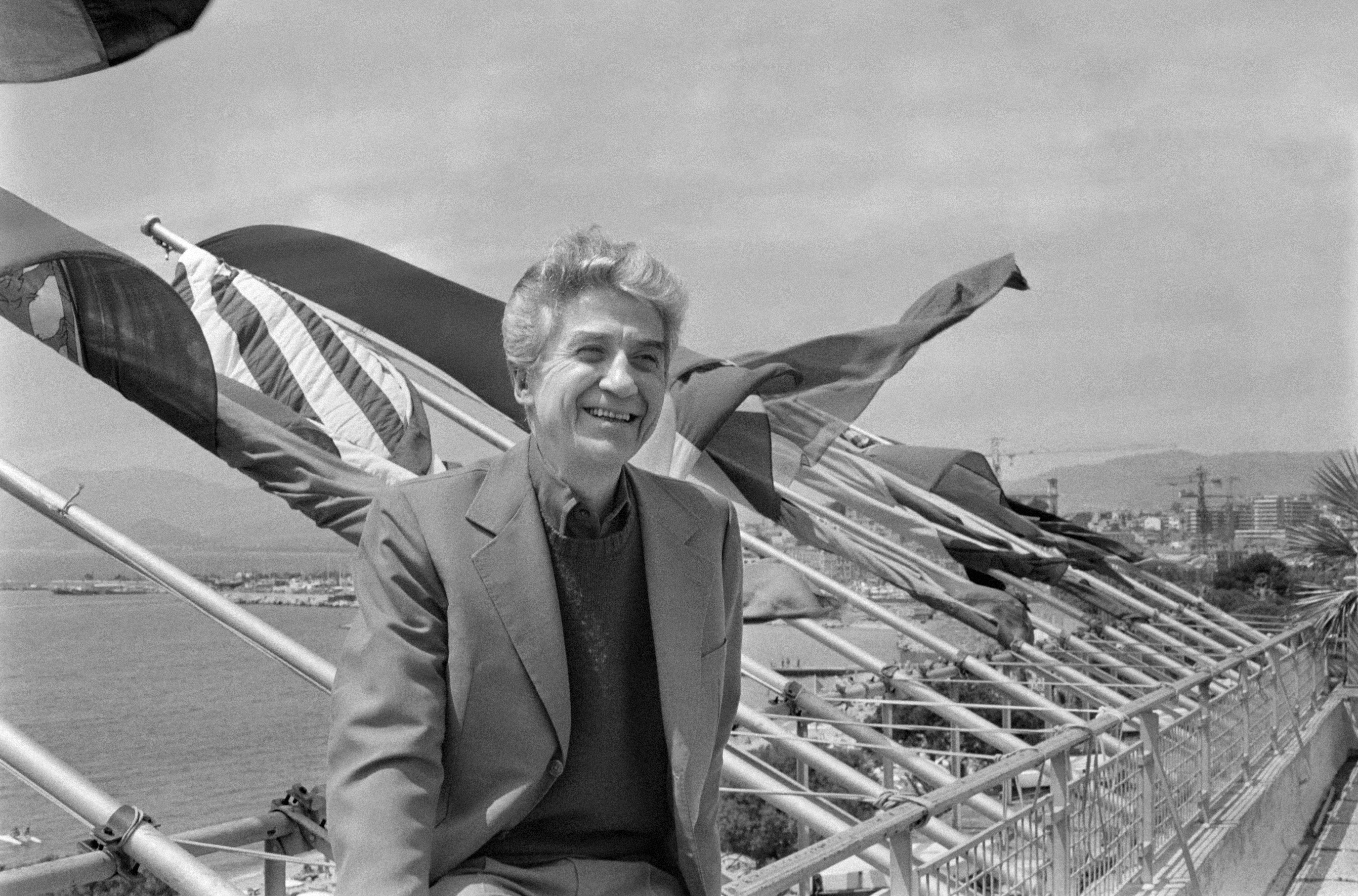 The French director Alain Resnais died at 91 last Saturday, but it seemed like he’d just go on forever. He started making shorts in the 1930s and is reported to have expired with notes for a new film at his side. Resnais became internationally famous in the 1950s and 1960s as a practitioner of serious, cinematic art. He made the Holocaust documentary Night and Fog, which conflated new footage from concentration camps with archival imagery of the dead and dying. If seen at the right age or in the right state of mind (I was a freshman in college), it is a movie you never forget. The film seems more than haunted. It seems made by restless ghosts.

In 1959 he made Hiroshima Mon Amour, a love story between a French actress and a Japanese architect. Last Year at Marienbad came two years later and helped define a type of European art movie — languid, dreamy, prizing form over content or, rather, turning form into content. It was essentially a “fancy meeting you here” romance set on an infinite temporal loop, and it drove some people crazy and others to film school. Resnais worked with important Western European authors of the day — Marguerite Duras, Alain Robbe-Grillet, the Spanish novelist Jorge Semprún.

With another director, these collaborations might seem experimental, but Resnais’s movies had style and authority. His aesthetic landed somewhere between surrealism and the lecture hall. And the influence of his movies, most notably Marienbad, is detectable in everything from fashion-magazine spreads to the time-space contraptions of Christopher Nolan.

The most interesting period of Resnais’s career was his latter phase, which kicked into high gear in the late 1990s. As an old man, he wore flashily assembled suits and big sunglasses and sneakers, and kept his hair white. The political, social, artistic statements had receded — you get the sense he’d said all he had to say about that. Instead, he tried personality-driven musicals, comedies, and ensemble act-athons, starring, more or less, the Alain Resnais Players: André Dussollier, Pierre Arditi, and Sabine Azéma, among others. His movies’ personalities were as much theirs as his.

Some of the movies worked, some sort of worked, a few didn’t at all. Wild Grass, from 2009, opens with a purse-snatching by skateboard and ends in the clouds. I hated every precious, complacent moment of it. But Resnais didn’t care. He could be maddening, yet his filmmaking remained distinctive. I remember every scene and almost every shot of Wild Grass. That was Resnais’s gift. Even under the flimsiest circumstances, he had an eye that wouldn’t let you forget. What you sensed from him toward the end was that he refused to tire or rest — that Resnais would never expire. He went the opposite direction of most elder statesman: Screw mortality; yes to fun. The grim stuff came early, the youthful stuff decades later, which is precisely what you expect from an artist who made a career of messing with time.